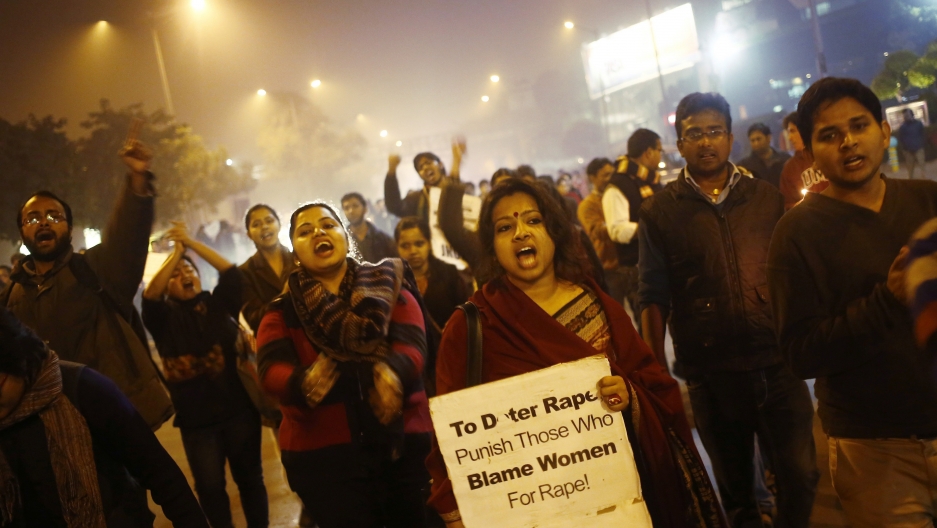 Demonstrators shout slogans during a candlelight vigil to mark the first anniversary of Delhi gang rape, in New Delhi Dec. 16, 2013.

India is the most dangerous country for sexual violence against women, according to the Thomson Reuters Foundation 2018 survey.

The survey, which measures sexual and non-sexual violence, discrimination, cultural traditions, health care and human trafficking, has been criticized for reflecting more perception than data.

But India barely fares better in other studies that rank its treatment of women. It placed 131st of 152 countries in the Georgetown Institute’s global ranking of women’s inclusion and well-being.

India’s National Crime Records Bureau reported 338,954 crimes against women — including 38,947 rapes — in 2016, the most recent government data available. That’s up from 309,546 reported incidents of violence against women in 2013.

High-profile attacks on Indian women have shocked this nation of 1.3 billion in recent years. The 2012 gang rape of a 23-year-old student in Delhi who died from her injuries caused public outrage. The incident helped spur an amendment to India’s criminal law, which broadened the definition of sexual crimes against women to include stalking, acid attacks and voyeurism.

This year, Prime Minister Narendra Modi issued an executive order allowing the death penalty as a punishment for people convicted of sexually assaulting a child under 12.

Related: 'Give her a voice': Activists say women with disabilities in India need independence

But stricter laws apparently did little to prevent 34 girls from being tortured and raped at government-funded shelters in India’s Bihar state earlier this year.

My research on diversity in government suggests that one of the reasons India has not been able to effectively address crimes against women is the lack of women in national political office.

That’s because, research shows, having women in government can lead to more and better laws that safeguard women’s well-being.

Related: This woman bodybuilder in Myanmar is using Facebook to advocate for harsher penalties for rape

India’s population is 48 percent female. But women hold just under 12 percent of seats in the national legislature.

That falls well below the 30 percent “critical mass” that the United Nations Equal Opportunity Commission believes is necessary for women lawmakers to be influential in policymaking.

Local governments in India actually have a quota system that ensures women hold one-third of seats in rural and city councils. But female representation in India’s far more powerful national government remains comparable to countries like the Republic of Congo and Mauritius, where women hold about 11 percent of legislative seats.

Women are notably absent in the Indian legislature as well as in the cabinet of Prime Minister Narendra Modi, seen here seventh from left, with his ministers.

Rwanda, where 61 percent of legislators are female, has the most women in government of any nation in the world, followed by Cuba, with 53 percent.

These are not necessarily the safest places in the world for women. According to the Georgetown Institute’s ranking of women’s well-being, Iceland, Norway, Switzerland, Slovenia and Spain are some of the safest — all countries where women hold over 30 percent of legislative seats.

Political representation does not translate precisely, directly or immediately into physical security for a given population. But it’s a start.

Research demonstrates that governments that include representatives from across society — that is, of different political parties, races, classes, genders, geographies and religions — produce better quality of life for citizens than less inclusive governments.

My latest book shows that countries with a vibrant political party system enable diverse groups to influence decision-making. Because they are a product of deliberation and cooperation between politicians with divergent ideologies, policies formulated in such societies are more likely to reflect the needs of diverse groups.

Scholarship likewise indicates that women in office may prioritize different kinds of policies than men — including those that address the needs of women and children.

In New Zealand, where women hold 38 percent of parliamentary seats and the prime minister is a woman, lawmakers recently guaranteed paid leave for victims of domestic violence. That gives victims time to relocate, protecting themselves and their children from their abusers.

In March, female senators from both parties — who make up 22 percent of the U.S. Senate — pushed Senate leadership to call a vote on legislation that would give legal representation to women who complain of sexual harassment on Capitol Hill and reduce barriers to filing a formal complaint. The bill passed in May, and is currently being reconciled with the House’s version of a similar bill.

And it was the late chief minister of India’s Tamil Nadu state, J. Jayalalithaa, who in 2010 announced a 13-point action plan for the state to better protect sexual violence survivors. Her provisions, which have since been partially implemented, included state-paid medical expenses after abuse, female investigating officers and fast-track courts for sexual violence cases.

India’s 2013 national legislation on sexual violence ignores many of these victims’ rights issues, as the human rights organizations Human Rights Watch and Amnesty International have pointed out. 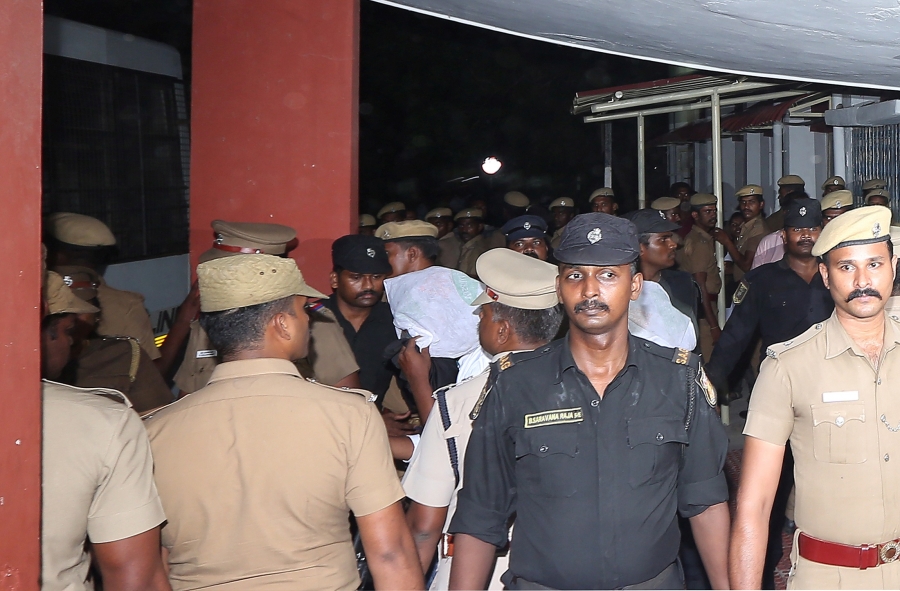 Police escort one of the men (face covered) accused of raping a 12-year-old girl inside the high court premises in Chennai, India, July 17, 2018.

Getting women at the table

India has contemplated the need for more women in public office.

In 2010, the upper house of its legislature voted on a bill that would have designated one-third of seats in national and state legislative assemblies for women. Then-Prime Minister Manmohan Singh described it as a “historic step forward toward emancipation of Indian womanhood.”

But the lower house never voted on the bill. And though Prime Minister Modi has expressed support for a gender quota in Indian government, he has made little effort to work with parliament to get the legislation passed.

But evidence suggests that an Indian government with more women in it could better protect Indian women by passing comprehensive laws that defend women from abuse and help victims recover.