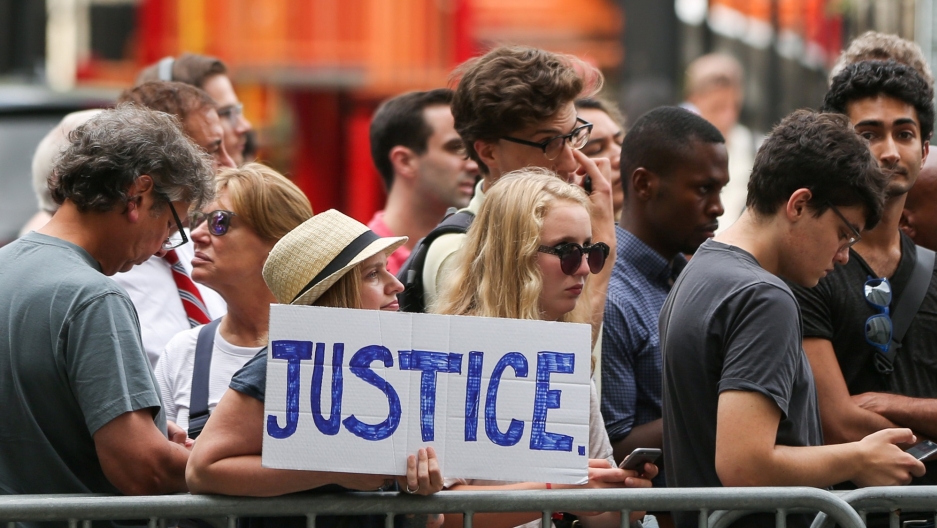 President Donald Trump's former personal lawyer, Michael Cohen, pleaded guilty in New York on Tuesday to campaign finance violations and other charges, saying he made payments to influence the 2016 election at the direction of a candidate for federal office.

He said he arranged to make payments "for (the) principal purpose of influencing (the) election" at the direction of a candidate for federal office. He did not give the candidate's name.

Cohen, who agreed to a plea bargain with federal prosecutors earlier in the day, also pleaded guilty to five counts of tax fraud and one count of making false statements to a financial institution.

Cohen's deal includes a possible prison sentence of up to five years and three months, Judge William Pauley III said during the hearing.

The guilty pleas came in the same hour that a federal jury in Alexandria, Virginia, convicted former Trump campaign chairman Paul Manafort of eight charges of tax and bank fraud and failing to disclose foreign bank accounts. A jury said it could not reach consensus on the other 10 charges against him.

Jurors, after almost four days of deliberations, found Manafort guilty of two of nine bank fraud charges, all five tax fraud charges he faced and one of four charges of failing to disclose foreign bank accounts.

Judge T.S. Ellis declared a mistrial on 10 of the 18 counts, after the jury told him it could not reach a verdict on those charges.

Manafort stood quietly while the verdict was being read by the clerk. At the conclusion, the prosecutors hugged one another and then the prosecution and the defense shook hands.

Manafort's lawyer, Kevin Downing, told reporters afterward that his client was disappointed in the verdict and was evaluating his options.

The trial of Manafort, a veteran Republican operative, was the first stemming from Special Counsel Robert Mueller's investigation of Russia's role in the 2016 U.S. election. The charges against Manafort largely predate his work on President Donald Trump's successful campaign.

But the verdict appeared to be at least a partial victory for Mueller, whose probe Trump has repeatedly criticized.

Manafort's conviction on the eight counts came on the same day as Trump's former personal lawyer, Michael Cohen,, pleaded guilty in New York to campaign finance violations and other charges.

Manafort was convicted on two of the most serious counts — bank fraud — each of which carries a prison term of up to 30 years.

Mark Warner, the senior Democrat on the US Senate Intelligence Committee, said in a statement that the Manafort verdict refuted Trump’s repeated charge that the Mueller investigation was a "witch hunt."

He warned that any attempt by Trump to use his presidential powers to pardon Manafort or interfere in Mueller’s probe "would be a gross abuse of power and require immediate action by Congress."

No date set for sentencing

In the Alexandria, Virginia, courtroom, Ellis gave the prosecution until Aug. 29 to decide whether to retry Manafort on the charges on which the jury deadlocked. As a result, the judge did not set a sentencing date for the other charges.

After the jury was dismissed, the judge told Manafort to stand at the podium and told him to help prepare the sentencing report. "The government and Mr. Manafort received very effective and zealous representation," the judge said.

Ellis asked jurors whether they would like to have their names remain secret and they said yes. He told them, however, that they could speak publicly about the case if they wanted.

Prosecutors accused Manafort, 69, of hiding from U.S. tax authorities $16 million he earned as a political consultant for pro-Russian politicians in Ukraine to fund an opulent lifestyle and then lying to banks to secure $20 million in loans after his Ukrainian income dried up and he needed cash.

The verdicts completed a stunning fall for Manafort, a once-powerful political fixer and consultant and well-known figure in Republican politics for decades.

While Trump has sought to play down his connections to him, Manafort worked for five months on Trump's 2016 campaign during a pivotal period in the presidential race, including three months as chairman.