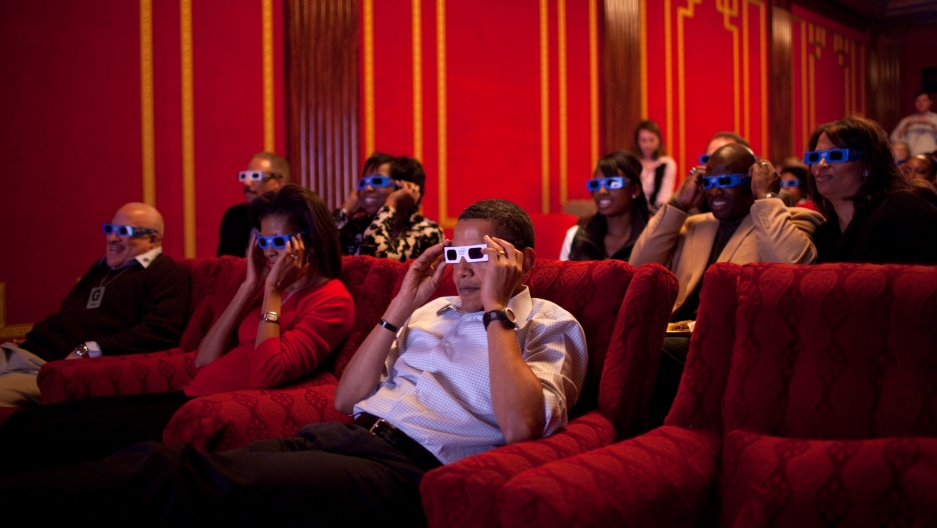 President Barack Obama and First Lady Michelle Obama in the family theater of the White House on February 1, 2009.

In 1942, President Franklin Delano Roosevelt converted a cloakroom in the East Wing of the White House into a private movie theater. Since then, every president of the United States used the 40-seat screening room to host events, rehearse speeches and, most importantly, watch movies — sometimes before the public gets to see it.

Matt Novak, a writer at Gizmodo, became obsessed with compiling a list of every movie watched at the White House. Armed with Freedom of Information Act requests and the private logs of a White House projectionist, he wrote a series of articles that piece together the moviegoing habits of the commanders in chief.

He talks to Kurt Andersen about their unique cinematic tastes. “Nixon watched a lot of messed up stuff,” he says. And sometimes, the movie nights would brush against history, from the invasion of Cambodia to the Monica Lewinsky scandal.

Matt Novak’s articles on movies at the White House: