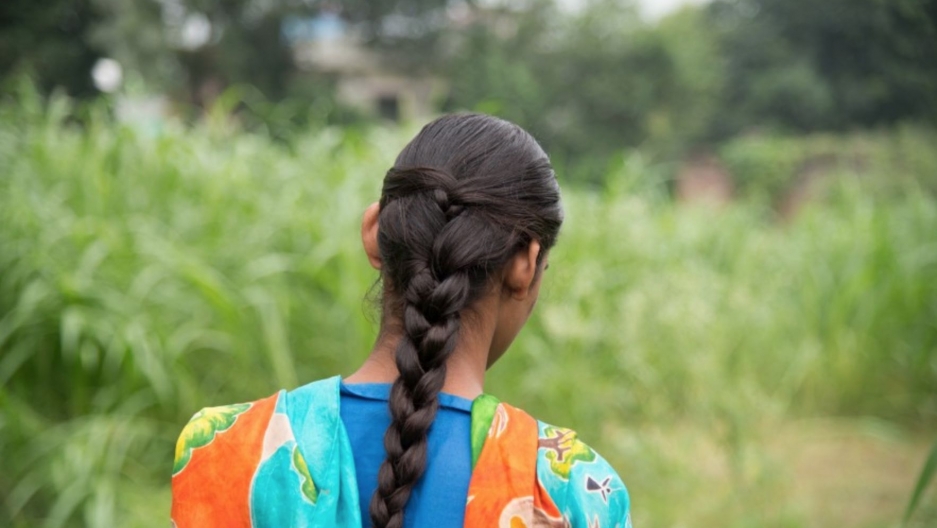 Razia has an intellectual disability and difficulties with speech. In 2014, when she was 13, her brother's tutor raped her. She was awarded compensation by the Uttarakhand district legal services authority.

When a young woman with cerebral palsy, among other disabilities, reported being raped by three neighbors four years ago in an Indian village, the villagers were unhappy with the way it was prosecuted.

“They felt that ‘productive’ men in their prime were jailed due to an ‘unproductive’ woman who cannot even walk or talk properly,” Shampa Sengupta, a disability rights activist, said in a Human Rights Watch (HRW) report titled, "Invisible Victims Of Sexual Violence," which came out this past April. Such is the extent of the stigma and shame faced by women with disabilities in India.

A first-of-its-kind study on Indian women and girls with disabilities, the report examines their poor access to justice and offers recommendations for authorities to ensure that violated women get their rights and entitlements. HRW conducted 111 interviews with survivors and their families, lawyers, social workers, police officers and others regarding the 17 cases of sexual violence against rural and urban women that are covered in the study.

In 2012 and 2013, laws were introduced in India with the aim of integrating the rights of women with disabilities, but implementation has been lacking. That's what led to the report.

“We didn’t want to get up 10 years later and say that despite the laws, justice wasn’t delivered,” said Nidhi Goyal, a Mumbai-based disability rights activist, consultant to the disability rights division at Human Rights Watch and co-author of the report. “We want this report to become a positive intervention and say that women with disabilities do face barriers and that these are their legal rights, so why aren’t they implemented?”

The key reason these barriers to justice exist, says Goyal — who lost her sight at 21 — is the invisibility of women with disabilities in society, data and research. The lack of inclusion that begins the moment they step into a special school instead of a mainstream one, along with the inaccessibility of infrastructure, creates social isolation.

This invisibility is reflected in the census. In 2011, India’s census recorded 26.8 million people with disabilities, which is equivalent to 2.21 percent of the country’s population. This figure is in contrast to the World Health Organization and World Bank estimates of at least 15 percent of the global population living with some form of disability.

HRW says that the figures are conflicting due to “discordant definitions of disability, lack of awareness and stigma — especially for women and girls — which results in under-reporting.”

Underrepresentation in the census statistics bleeds into other government data sources, too. For instance, two of India’s government agencies, The National Family Health Survey, which provides essential numbers on health and family welfare, and the National Crime Records Bureau, which is responsible for collecting and analyzing crime data, do not include specific figures for people with disabilities.

Shame and stigma associated with disability also keep women segregated. Goyal explains that a woman with a disability is either considered asexual or hypersexual — and unattractive — so her sexuality is not conceded at all. “Why will anyone acknowledge sexual violence on her?” she asks.

“It’s due to their extreme vulnerability,” said Jo Chopra, director of Latika Roy Foundation, a volunteer organization that works for children and young adults with disabilities in Uttarakhand.

Women with disabilities cannot escape from violent situations or call for help, and they sometimes have additional problems communicating abuse, the report says.

“They are reliant on families and caregivers and conditioned to be dependent on them since childhood. Many, who have no control over their bodies, have to accept help for their most intimate tasks,” Chopra said. “Even as adults, they continue to be infantilized and have no agency.”

This means that women with disabilities often forgo legal redress when the perpetrators are family members or caregivers — who comprise the bulk of offenders.

The report cites the example of Preeti, who, after being sexually abused by her brother-in-law, gave birth to a child. But her parents refrained from reporting it because “they did not want to embarrass the son-in-law.”

Instead of the family, social workers, journalists and child welfare committees are more often the ones to take cases to the police, HRW says.

Yet, from reporting violence to the police to accessing medical care, participating in the judicial system and receiving compensation, getting justice has been hard for women with disabilities.

India’s Protection Of Children from Sexual Offences Act (POCSO) and criminal law amendments enacted in 2013 are in line with the UN’s recommendations that include reasonable accommodations for women and girls with disabilities. This may include the option of filing reports in Braille, the presence of a sign language interpreter or a special educator to facilitate communication, the use of simple language and recording survivors’ accounts to avoid repeat testifying.

Razia, a 13-year-old from the northern state of Uttarakhand, was unable to communicate her rape by her brother’s 17-year-old tutor to the police due to her intellectual disability, speaking difficulties and trauma. So, a social worker at Latika Roy Foundation intervened, using a doll to get her to recount the horrifying incident, HRW states.

Mostly, police officers are neither aware of new laws nor trained and “sensitized to the emotional and psychological needs of the victim.” Therefore, police rarely recognize the need for accommodation and often misinterpret the kind of support the victims need. To narrate one girl's account, HRW says the police provided a sign-language interpreter to an 11-year-old rape survivor with an intellectual disability even though she had no speech or hearing impairment.

Police apathy isn’t uncommon, either. Sometimes, officers disregard and devalue women with disabilities. When 26-year-old Susmita, who has a psychosocial disability, went to the police to report her gang-rape in 2014, the police allegedly said, “She’s mental, why should I pay attention to her?” At times the police don’t even register a disability, “thinking it is irrelevant,” said Chopra, who contributed to the report.

“Obtaining compensation can be integral to the survivors’ recovery and rehabilitation,” HRW's report says. But collecting is difficult.

In 2013, after the gang-rape of a 23-year-old physiotherapy student in Delhi — which garnered global attention — the government established the Nirbhaya Fund for supporting schemes involved in the prevention, protection and rehabilitation of survivors of sexual violence. However, the Nirbhaya Fund doesn’t have any specific amount reserved for persons with disabilities, which could have covered the costs of accessibility and reasonable accommodation.

Health care providers are supposed to respond to sexual violence by addressing the sexual, reproductive and mental health problems of survivors. However, the report says that despite laws against it, the invasive “two-finger test” continues to be done in clinics to evaluate if women are “virgins or habituated to sexual intercourse.”

Owing to so many barriers, most survivors contact an organization that advocates for people with disabilities to help take their cases forward.

Asha Hans, a disability rights activist, heads Shanta Memorial Rehabilitation Centre in Orissa. Having supported the rights of women with disabilities for over 30 years, Hans says that only 5 percent of the women she works with across four Indian states are willing to report sexual violence to the police.

“The first thing we do when we talk to them is inform them of their rights,” said Hans, who also contributed to the report. “If one or two women understand and are willing to go to the police, many more come forward,” she added.

“We are unable to persuade everyone,” Hans said.

Hans’s organization provides economic support to violated women for entrepreneurship and connects them to government institutes for training.

“Once she is financially independent, the survivor can take her case forward without fear,” she said.

Chopra’s work includes counseling parents to prevent sexual abuse at home. For example, if a girl shares that she can sense foul intentions of a relative staying at home, “we speak to the parents and work with the family before it becomes a criminal case,” she said.

Disability rights experts believe that visibility and inclusion are key to bringing about change in the way women with disabilities are treated.

"Visibility,” said Chopra, “is essential for a woman with disability to win independence, respect and safety, and can only be achieved through full community inclusion.”

“Give her a voice and the courage to use it,” she said. “Make her independent, emotionally. Give her the confidence to speak up about what she likes and doesn’t like, so if anyone ever tries to impose upon her, sexually or in any other way, she should know she has the right to say no."