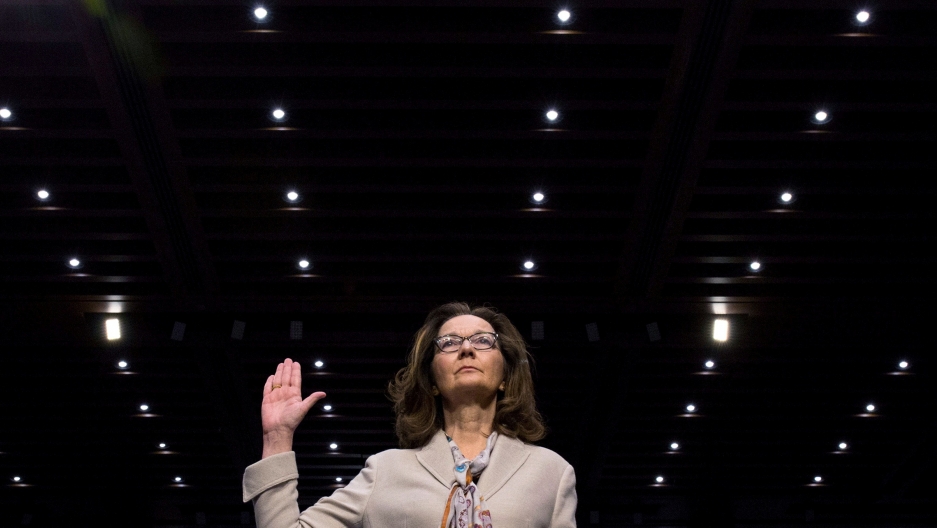 CIA director nominee and acting CIA Director Gina Haspel is sworn in to testify at her Senate Intelligence Committee confirmation hearing on Capitol Hill, May 9, 2018.

Graphic, detailed memos sent by CIA Director Gina Haspel describing the torture of a suspected terrorist in 2002 have been declassified.

Questions about Haspel’s role in so-called “enhanced interrogation” at a CIA "black site" in Thailand arose after she was nominated as director of the agency by President Donald Trump earlier this year.

Related: For some, Haspel for CIA head 'would be promoting a torturer'

Haspel butted heads with senators on both sides of the aisle at the confirmation hearings in which she declined to acknowledge that torture was immoral but ultimately said she “would not restart, under any circumstances, an interrogation program at CIA.”

The National Security Archive filed a Freedom of Information Act (FOIA) request for the cables in April after Haspel was nominated. The National Security Archive requested expedited processing for the FOIA request, a special provision meant to be used for when releasing documents are in the public interest. But the CIA denied the archive’s request and Haspel was confirmed by the Senate before the cables could be released to the public.

Detainee Abd al-Rahim al-Nashiri was suspected to have been involved in planning the USS Cole bombing in Yemen in 2000. The CIA also believed he had information about other attacks.

Haspel was the CIA’s chief of base at the secret prison in 2002 and was responsible for writing or authorizing the cables sent back to Washington. Her reports detail al-Nashiri being subjected to several torture techniques — from brutal physical violence and forced nudity, to loud noises and sleep deprivation.

The declassified cables include three detailed accounts of waterboarding, a war crime under both US and international law dating back to World War II.

“[Al-Nashiri] was leaned on a gurney, cloth over his mouth, water poured over his face, making him feel like he was drowning,” says Tom Blanton, director of the National Security Archive. “There’s never been an actual declassified account of waterboarding until these cables came out.”

The CIA redacted Haspel’s name and those of CIA contract psychologists James Mitchell and Bruce Jessen, who were involved with the waterboarding. But other declassified documents and public statements confirm that Haspel was overseeing the CIA black site in Thailand while al-Nashiri was there between Nov. 15 and Dec. 4, 2002.

Blanton says the release of the Haspel cables “shows the power of the Freedom of Information Act to bring accountability even to the highest levels of the CIA.”

CIA spokesman Timothy L. Barrett said the agency had no comment on the redacted documents or their declassification.

You can read the the first declassified document about torture committed by the CIA below and the remaining documents over at National Security Archive.