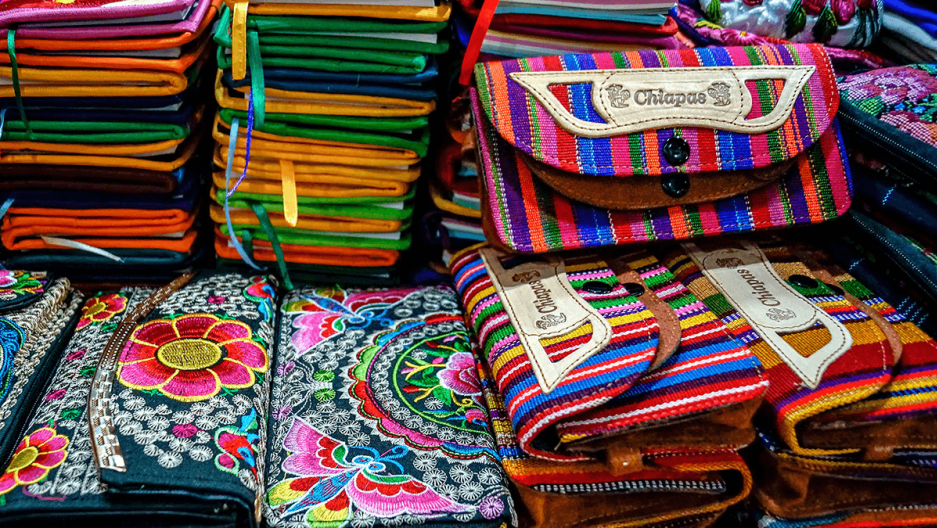 Factory-made wallets imported from China, on the left, sell for much lower prices than the handmade, leather wallets made by local artisans in Chiapas.

In Chiapas, Mexico’s southernmost state, the markets are filled with colorful handicrafts. Beautiful shawls, sweaters, scarves, hats, cushion covers, statues, leather goods and gifts are for sale. Most items are made by hand by Indigenous artisans using ancient methods such as foot pedals or backstrap looms.

But in recent years, imported replicas and knockoffs, mostly from China, began to mix in with the authentic Mexican crafts in local markets. The pieces are sometimes flashier, using colors that are not common here, and almost always cheaper.

“The tourist who visits San Cristóbal wants to bring back souvenirs as gifts and seldom stops to see the quality of the work or the materials used in what they buy,” says Marla Gutiérrez, a member of the Mayan artisans’ cooperative Jolom Mayaetik. “They only know that the bag is pretty, cheap and — if they buy it in San Cristóbal — they think it is a local handicraft when, in reality, they’re probably buying a Chinese product.”

As markets become increasingly saturated with Chinese goods, artisans are calling on customers to be more aware and on lawmakers to regulate imports, because business is declining and the future of their traditional crafts is in jeopardy, artisans say. 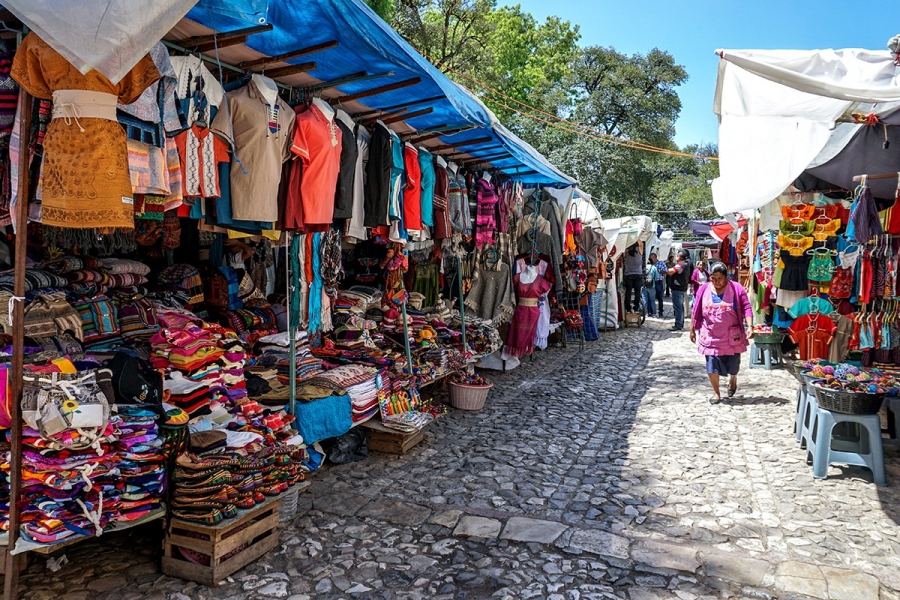 Advocates for local artisans say they are pushing for signs or other indicators to put on imported goods, which they say are undercutting business and putting the future of local crafts in jeopardy.

In 2017, Mexico was visited by more than 39 million tourists, breaking previous records and marking a 60-percent increase in the last five years, according to Mexico’s Secretary of Tourism. In 2016, Mexico ranked eighth on the list of countries visited most by tourists.

As tourism continues to grow throughout the country, the spending of international visitors is also increasing. In 2017, the average tourist spent $213.30 per day, an increase of 3.5 percent since 2010.

And in Chiapas, 11 percent of the state’s GDP was from tourism in 2004, according to the most recent numbers published by the state.

Despite the boom in tourism, the picture for artists is much different, Ricardo Bolom Moshan says. Bolom Moshan, 43, has been making custom leather belts, bags and saddles for 30 years.

His products, once widely sought after, have become less popular because of the cheaper imports, mostly from China, that have flooded the local markets.

“I’ve been pretty affected,” he says. “The products are cheaper, but the end product is different, too. It’s fake leather and synthetic, and they say everything is leather — and the tourists buy it.”

One of his bags takes up to two days to make and sells for 600 pesos ($32.80). But a Chinese import of similar size and style sells for 250 pesos ($13.67), he says. Tourists could tell the difference if they were paying attention, he adds.

“You can tell in the work. Mine is of good quality. In my work, you don’t find defects,” he says.

Customers say it’s difficult to spot a knockoff in the market.

Carlos Ayala, who is visiting Chiapas from the northern city of Monterrey, says he wasn’t aware that goods in the market could be from China.

“I did not know about Chinese imports,” he says. “In truth, I had not noticed, but I suppose the quality does change.”

While most artisans agree that the imports are of lesser quality, they also acknowledge that the designs are often sophisticated copies.

Manuela Ruiz Núñez, 40, is a weaver who sells backstrap and pedal looms made by her family and by people they know.

“That’s the big problem,” she says of the design copying, adding that local artisans need to do more to educate customers and to protect themselves.

“If we were all aware, that wouldn’t happen, because we make ourselves complicit by allowing it in the market,” she says. 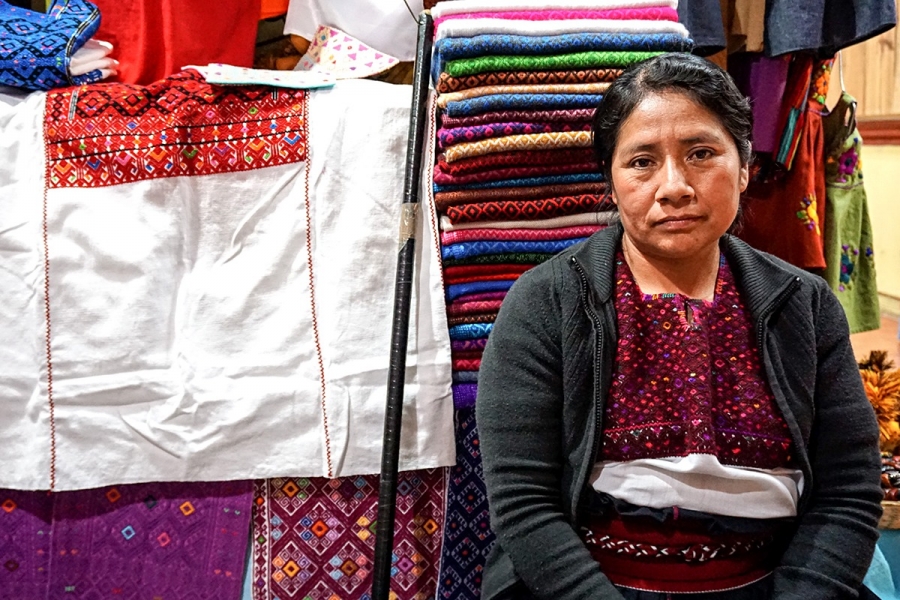 Juana Bernarda Hernández Gómez, 36, who works at a nearby artisan cooperative, Cooperativa Mujeres Sembrando la Vida, says there are some easy ways to spot knockoffs from originals. First, compare prices, she says.

“The prices of the imported products are very low, because most of them are made in bulk in large workshops,” she says.

Another consequence of factory-made goods is that they turn out identical.

“We know that each piece that is produced is unique,” she says. “There cannot be two identical — they can be very similar, but not the same, because they are made with the knowledge of each woman, with their history. They are not machines that make the crafts; they are women.”

Marla Gutiérrez, who works in the market, says she is working to collaborate with others in the market to propose a new regulation that requires vendors to mark imported products.

“That way, tourists wouldn’t get tricked, and they could decide to choose between something from Chiapas made by artisans or something imported from China,” she says.

For the artisan Hernández Gómez, the imports in the market are an opportunity to recommit to the beauty and uniqueness of the locals’ art.

“We know the Chinese products are cheap and often of poor quality,” she says. “So this should force us to do our job better.”

“There are tourists who want to buy something cheap, and there are others who want to pay for quality work and who understand that they are paying for the knowledge of our grandmothers,” she says.

Rishi Khalsa of GPJ translated this article from Spanish.