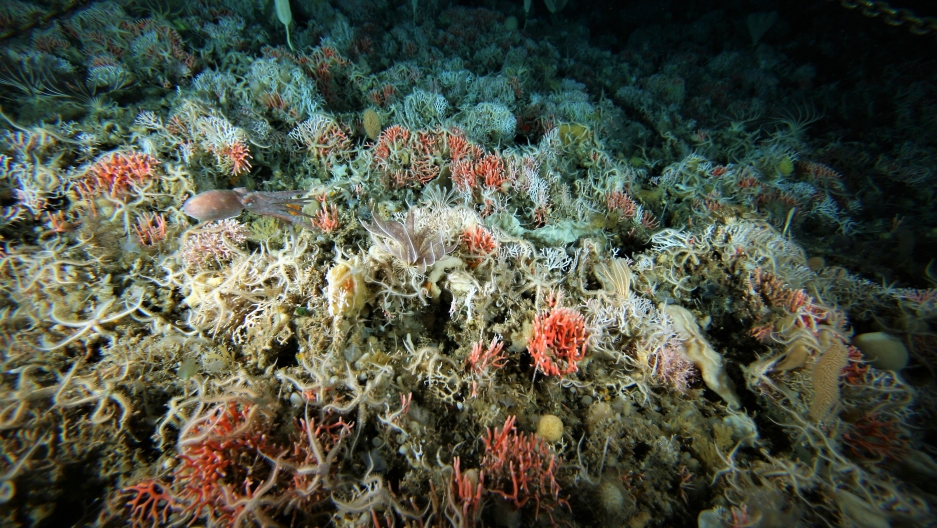 In contrast to common perceptions, Antarctic seafloor communities are highly diverse. This image shows a deep East Antarctic reef with plenty of corals, sponges and brittlestars. Can you spot the octopus?

What sort of life do you associate with Antarctica? Penguins? Seals? Whales?

Actually, life in Antarctic waters is much broader than this, and surprisingly diverse. Hidden under the cover of sea-ice for most of the year, and living in cold water near the seafloor, are thousands of unique and colorful species.

Our research has generated new techniques to map where these species live, and predict how this might change in the future.

Biodiversity is nature’s most valuable resource, and mapping how it is distributed is a crucial step in conserving life and ecosystems in Antarctica.

Surprises on the seafloor

The ocean surrounding the Antarctic continent is an unusual place. Here, water temperatures reach below freezing-point, and the ocean is covered in ice for most of the year.

Related: How do we process doom-and-gloom climate news? How should we?

While commonly known for its massive icebergs and iconic penguins, Antarctica’s best-kept secret lies on the seafloor far below the ocean surface. In this remote and isolated environment, a unique and diverse community of animals has evolved, half of which aren’t found anywhere else on the planet. 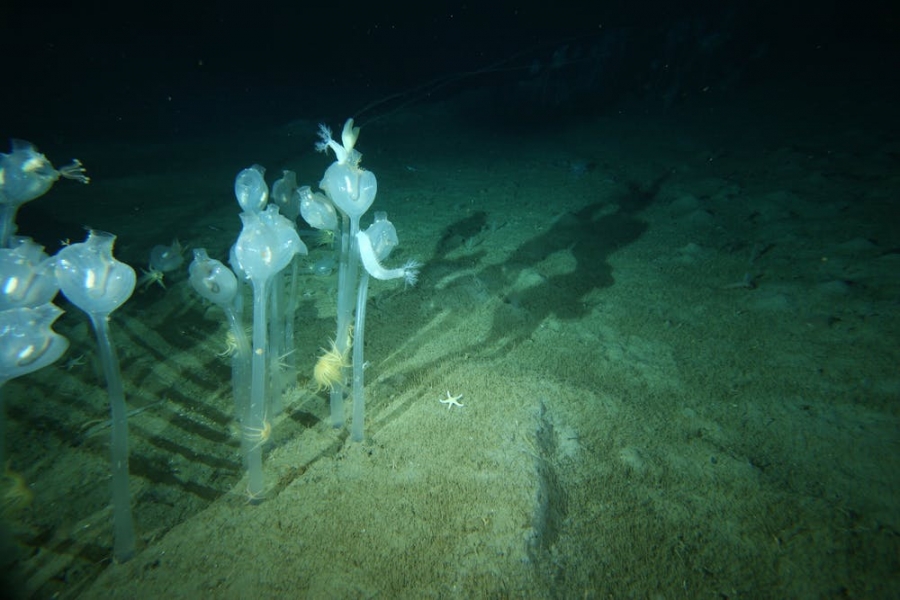 These solitary sea squirts stand up to half a meter tall (about 1.5 feet) at 220m (about 722 feet) depth in the dark, cold waters of East Antarctica. Images such as this one were taken with cameras towed behind the Australian Icebreaker Aurora Australis.

Colorful corals and sponges cover the seafloor, where rocks provide hard substrate for attachment. These creatures filter the water for microscopic algae that sink from the ocean surface during the highly productive summer season between December and March.

In turn, these habitat-forming animals provide the structure for all sorts of mobile animals, such as featherstars, seastars, crustaceans, sea spiders and giant isopods (marine equivalents of “slaters” or “woodlice”).

Related: Thanks to science, we can hear the voices of icebergs. But are we listening?

The Antarctic seafloor is also home to a unique group of fish that have evolved proteins to stop their blood from freezing. 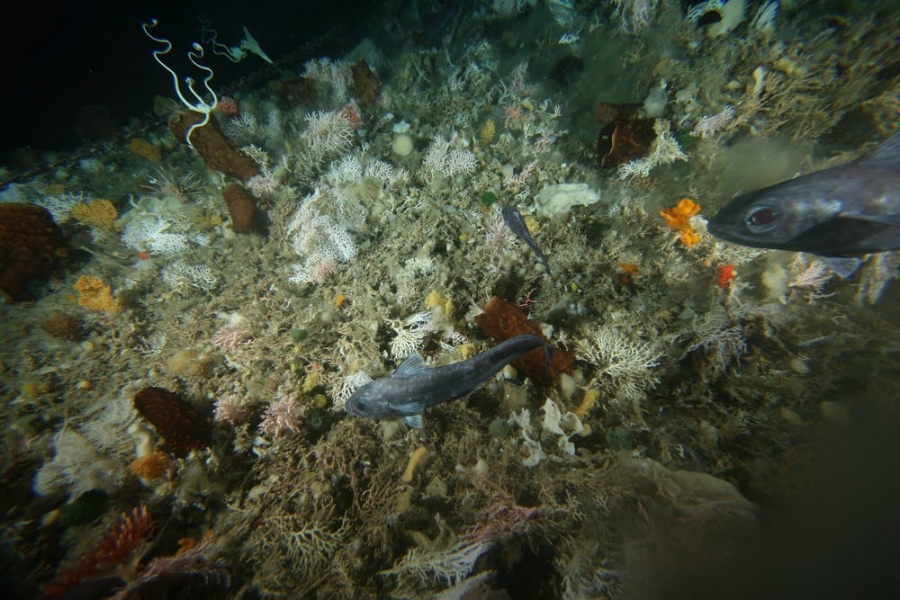 Most Antarctic fish have evolved "anti-freeze blood" allowing them to survive in water temperature below zero degrees C.

Biodiversity is a term that describes the variety of all life forms on Earth. The unprecedented rate of biodiversity loss is one of the biggest challenges of our time. And despite its remoteness, Antarctica’s biodiversity is not protected from human impact through climate change, pollution and fisheries.

Related: A scientist's response to Antarctic ice loss: 'We can act.'

Although scientists have broadly known about Antarctica’s unique marine biodiversity for some time, we still lack knowledge of where each species lives and where important hotspots of biodiversity are located. This is an issue because it hinders us from understanding how the ecosystem functions — and makes it hard to assess potential threats.

Why don’t we know more about the distribution of Antarctic marine species? Primarily, because sampling at the seafloor a few thousand meters below the surface is difficult and expensive, and the Antarctic continental shelf is vast and remote. It usually takes the Australian Icebreaker Aurora Australis 10 days to reach the icy continent. 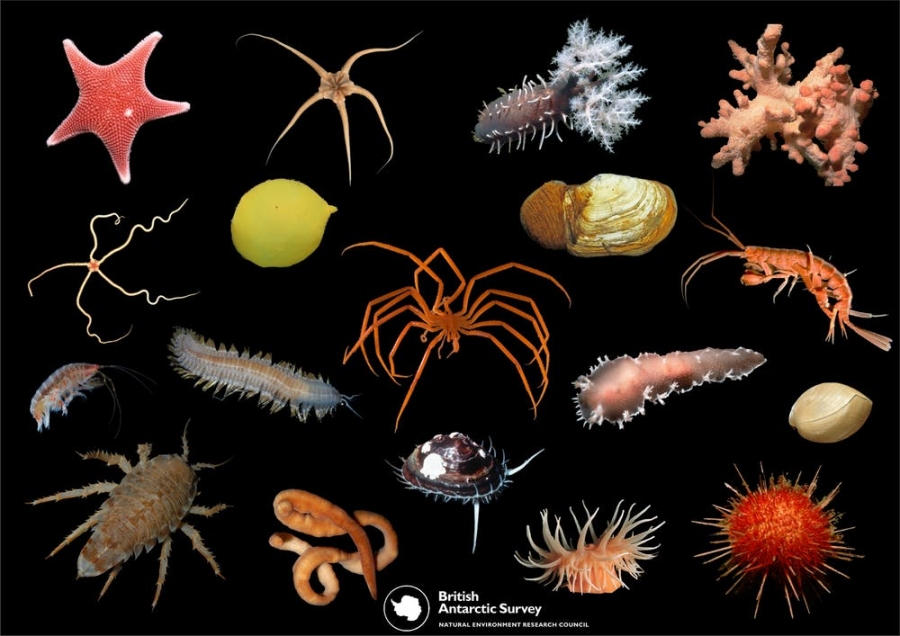 A selection of the diverse and colorful species found on the Antarctic seafloor.

To make the most of the sparse and patchy biological data that we do have, in our research we take advantage of the fact that species usually have a set of preferred environmental conditions. We use the species’ relationship with their environment to build statistical models that predict where species are most likely to occur.

This allows us to map their distribution in places where we have no biological samples and only environmental data. Critically, until now important environmental factors that influence the distribution of seafloor species have been missing.

Using predictions to make a map

In a recent study, we were able to predictively map how much food from the ocean-surface was available for consumption by corals, sponges and other suspension feeders at the seafloor. 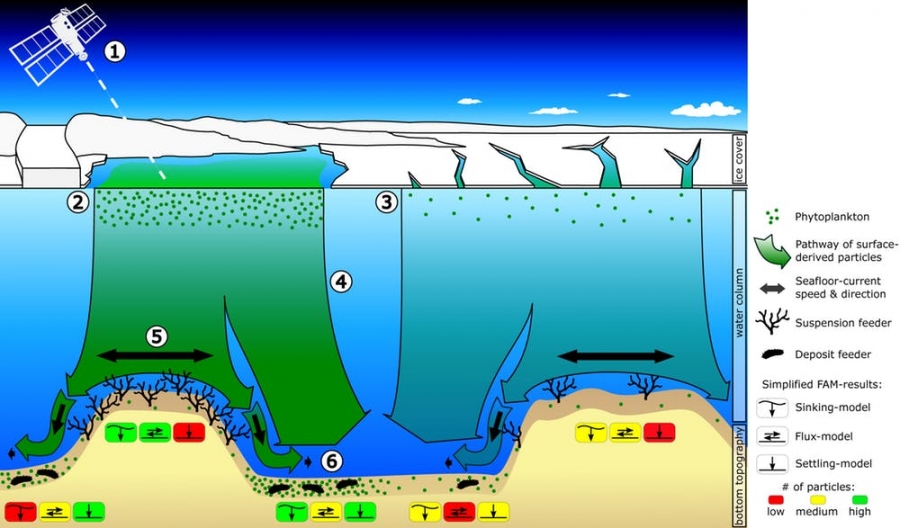 A selection of the diverse and colorful species found on the Antarctic seafloor.

Although biological samples are still scarce, this allowed us to map the distribution of seafloor biodiversity in a region in East Antarctica with high accuracy.

Further, estimates of how and where the supply of food increased after the tip of a massive glacier broke off and changed ocean conditions in the region allowed us to predict where abundances of habitat forming fauna such as corals and sponges will increase in the future. 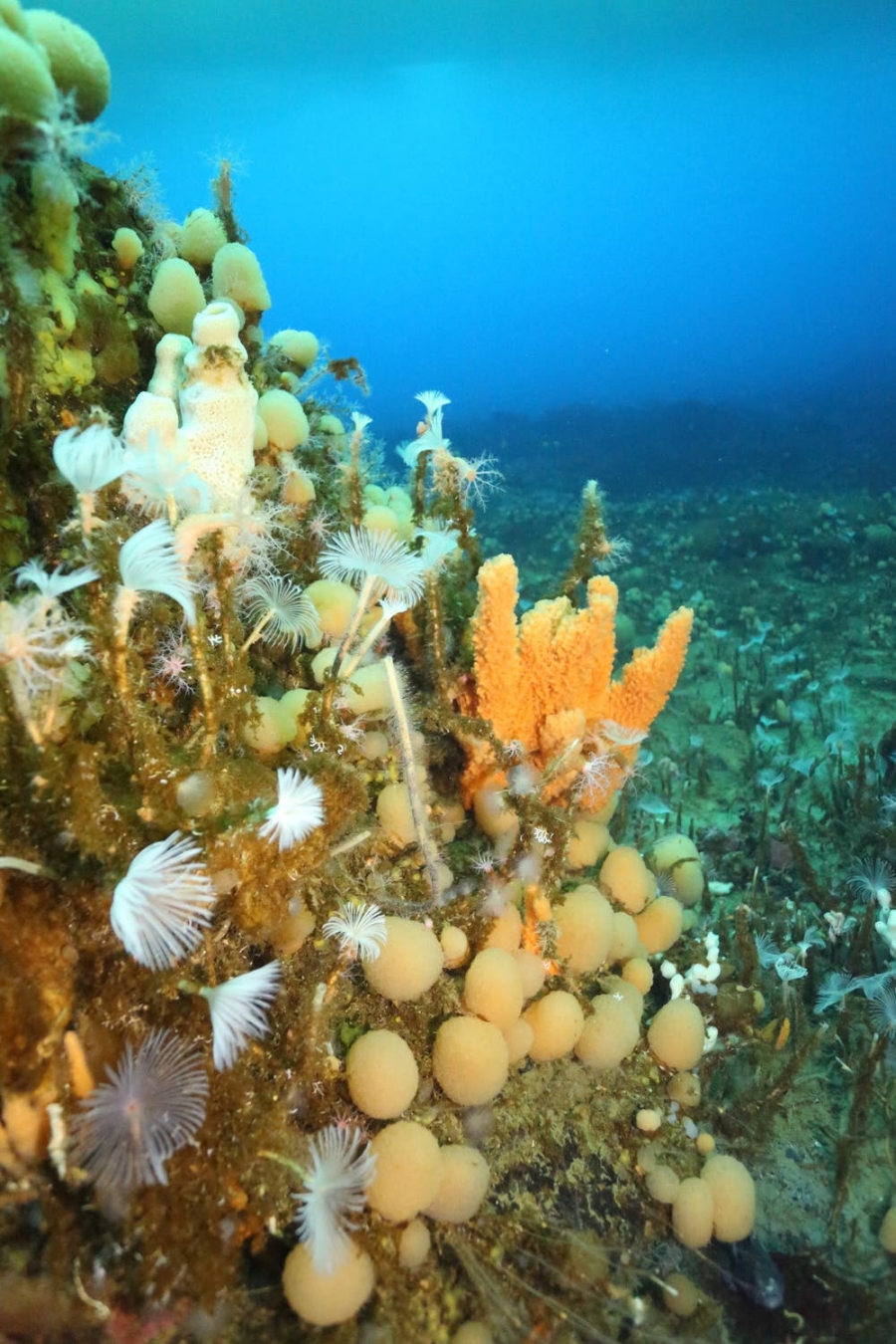 Antarctica is one of the few regions where the total biomass of seafloor animals is likely to increase in the future. Retreating ice shelves increase the amount of suitable habitat available and allow more food to reach the seafloor.

For the first time in history, we now have the information, computational power and research capacity to map the distribution of life on the entire continental shelf around Antarctica, identify previously unknown hotspots of biodiversity, and assess how the unique biodiversity of the Antarctic will change into the future.