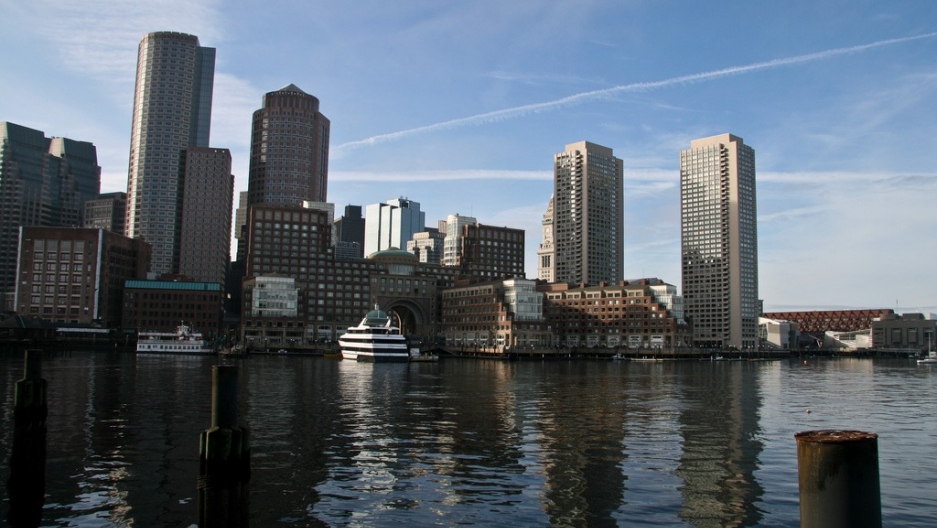 Boston got a wake-up call earlier this year when the first of a string of nor’easter storms hit just as the tide was peaking. The ocean spilled into the subway and into homes up and down the coast.

The Union of Concerned Scientists projects that by the end of the century, Boston will see close to 7 feet of sea level rise, putting 89,000 Massachusetts coastal homes worth $63 billion at risk from tidal floods.

Boston Harbor is subject to tides that rise as much as 12 feet, and most of its original tidal flats, which helped disperse and soften the effects of those tides, were filled in by the late 1800s. In the US, most tidal ranges are about 3 to 5 feet, so Boston is a bit unusual.

A couple of centuries ago, having these high tides come in and out was kind of a good thing: Like many cities, Boston struggled in the 19th century with all the sewage that was dumped into its waterways. The tides flushed much of that waste out of the harbor.

In recent years, Boston has become more aware of tides, especially king tides, for a different reason: A couple of times a year, during king tides, water will actually pour into some areas of Boston on the waterfront. This past winter, Boston experienced several strong nor'easters, one of which coincided with the high tide. The wind from the massive storm created a wall of water that rolled toward the coast, and when this storm surge joined up with the high tide, the result was unprecedented flooding.

In this regard, Boston’s unusual tidal range can be a good thing because if a bad storm hits at low tide, it can be less dangerous. Superstorm Sandy, for example, hit at a fairly low tide. Had it hit at high tide, the storm would have caused much more damage. This awareness — that the tide saved the city to some degree — has led to a burst of planning in Boston around climate change resilience.

Boston will soon celebrate its 400th anniversary. With what we now know about rising seas and climate disruption, 400 years from now, Boston will likely be underwater unless humanity begins to address climate change more urgently.

So, Boston may soon go through another era of reshaping the city, as it did in the 19th century — but this time for different reasons.