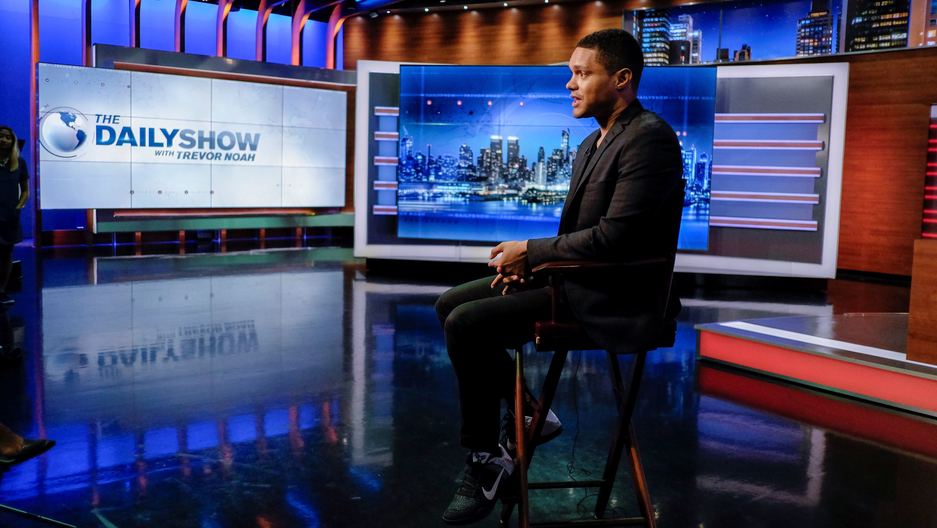 A social media campaign is underway in Australia to boycott comedian and The Daily Show host Trevor Noah’s upcoming tour in the country. The hashtag, #BoycottTrevorNoahInOz, refers to a joke he made a handful of years ago in a stand-up show that resurfaced online this past July. In the 2013 routine, Noah begins by saying, "All women of every race can be beautiful."

"And I know some of you are sitting there now going, 'Oh Trevor ... I've never seen a beautiful Aborigine' [sic]. But you know what you say? You say, “Yet.” Because you haven't seen all of them, right?" He went on: “Plus, it's not always about looks; maybe Aborigine women do special things; maybe they'll just like, jump on top of you," and then mimed the action of playing the didgeridoo, a traditional wind instrument.

In a July open letter published by NITV Australia, writer and academic Summer May Finlay, who is a Yorta Yorta Aboriginal woman, linked Noah’s comments to #MeToo and the specificity of Aboriginal women's experiences:

“In addition to sexual harassment and assault majority of women face, Aboriginal women, like many other women of colour in colonised countries, have been and continue to be sexualised by white men.”

"I am sure that in light of the #MeToo movement you can see why your comments, which reduce women to sexual objects, do very little but continue to perpetuate a culture of sexual harassment and which assists in normalising sexual assault."

Noah acknowledged that he was wrong and wouldn't make the same mistake again. He stopped short of apologizing, saying in an interview with the Australian Broadcasting Corporation:

"my question is, how many times will people ask for the same thing?"

"This is a thing I realized ... as a comedian, you are going to make jokes that some people like and some people don't like."

It's the latest example of how #MeToo is having an impact on the public conversation in Australia — as it is in the US and other countries. And, the complexity and specificity of different women’s experiences, especially nonwhite women, is showing itself to be a critical part of that conversation — particularly in light of Australia's recent colonial past and current racial inequality.

Several months ago, the US conversation was brought directly to Australian shores. During a panel session at the Sydney Writers’ Festival, novelist Zinzi Clemmons asked fellow author Junot Díaz “why he had treated her the way that he had” when she was a graduate student at Columbia University.

As a grad student, I invited Junot Diaz to speak to a workshop on issues of representation in literature. I was an unknown wide-eyed 26 yo, and he used it as an opportunity to corner and forcibly kiss me. I'm far from the only one he's done this 2, I refuse to be silent anymore.

Following Clemmons’ testimony, Díaz withdrew from the Sydney festival. In a statement to The New York Times, Díaz said:

“I take responsibility for my past. That is the reason I made the decision to tell the truth of my rape and its damaging aftermath. This conversation is important and must continue. I am listening to and learning from women’s stories in this essential and overdue cultural movement. We must continue to teach all men about consent and boundaries.”

The festival organizers released a statement which read in part that:

"as for so many in positions of power, the moment to reckon with the consequences of past behaviour has arrived."

Díaz denied kissing Clemmons, which she and others rebuffed on Twitter. Meanwhile, Díaz was investigated for sexual misconduct by his employer at the Massachusetts Institute of Technology. The Boston Review's three poetry editors resigned because the publication failed to dismiss Díaz from its editorial board. (Díaz is a fiction editor there.)

'#MeToo is the movement, NOW is the moment'

The #MeToo reckoning had already begun in the Australian media and entertainment industries, spearheaded by veteran broadcaster Tracey Spicer, founder of the organization NOW Australia (tagline: “#MeToo is the movement, NOW is the moment”). NOW was inspired by the Time’s Up initiative in Hollywood.

Related: How #MeToo changed this year's Running of the Bulls

The serially abusive behavior of several celebrity men in Australia was made public late last year thanks to the efforts of Spicer and several of her colleagues. An investigation by Fairfax Media and the Australian Broadcasting Corporation (ABC) revealed that Don Burke, of the national household TV favorite, "Burke’s Backyard," which ran from 1987 to 2004, had sexually harassed and assaulted a number of women during his career.

The #MeToo effect in the Australian media has now spread to other industries. The Australian Human Rights Commission recently launched an independent inquiry into workplace sexual harassment that is believed to be among the first of its kind in the world — and it is a response to #MeToo, the body says. The yearlong inquiry will address the financial consequences for women who are victims of harassment or assault at work as well as legal barriers to reporting and prosecuting sexual misconduct.

AHRC Sex Discrimination Commissioner Kate Jenkins told Reuters, “We are not aware across the globe of any place where the independent national human rights institution is taking a national approach to look at problems and solutions to sexual harassment.” 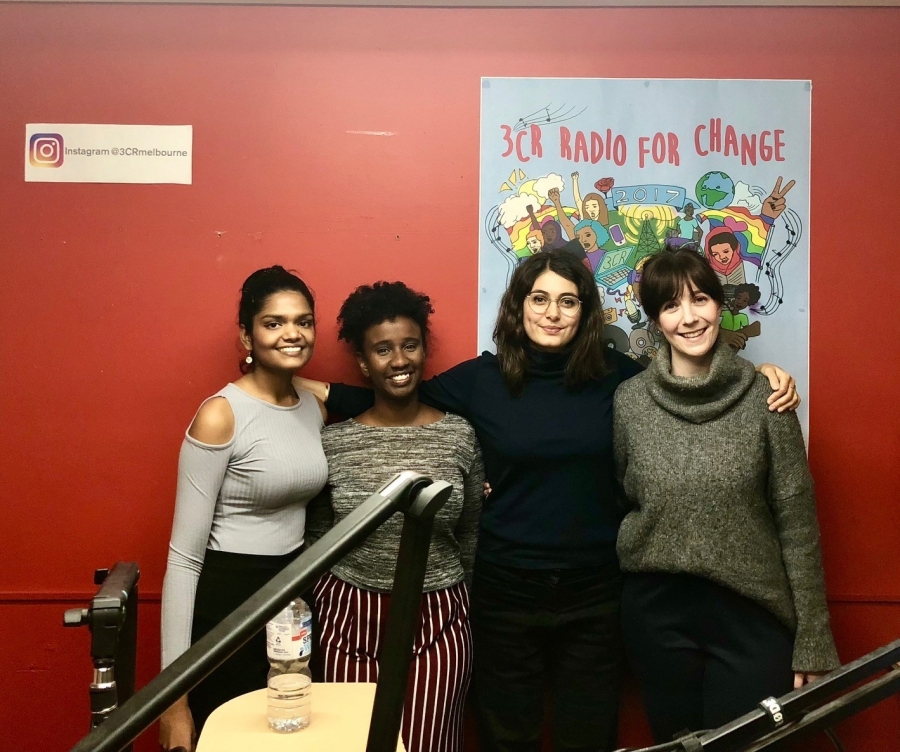 Women hosts and guests from the Tuesday Breakfast team at Melbourne radio station 3CR are pictured in conjunction with their episode, "#MeToo in real Australia," which focused on the experiences of minority women.

In the coming year, NOW expects to play an important role in informing the commission's National Inquiry into Sexual Harassment in Australian Workplaces, helping to ensure its recommendations deliver substantive and lasting change, according to NOW board member and spokesperson Sara Mansour.

The organization is working on its submission to the commission, she says, and is setting up systems and protocols and establishing partnerships for the purpose of instituting “holistic support to those suffering from sexual harassment.” This would come about through a triage service, where sexual harassment and assault claims would be assessed and the claimant given assistance. At present, there is no such service available in Australia, according to Mansour. She says NOW intends to fill the gap — and hopes the service will be able to provide media support, counseling and legal advice.

“I think that #TimesUp and NOW Australia are similar in their ethos and vision; both have come about to empower and support victims of sexual harassment in the workplace,” said Mansour.

Related: Paraguay’s #MeToo: 'He likes you, so he will rape you.'

“I think the key difference is that [#TimesUp] have a legal defense fund where donations are funneled into and then distributed to their national women’s legal center, whereas, we are planning to continue conversations with law firms and practioners who want to assist pro bono, and instead set up an office so that we can effectively deliver our triage service.” 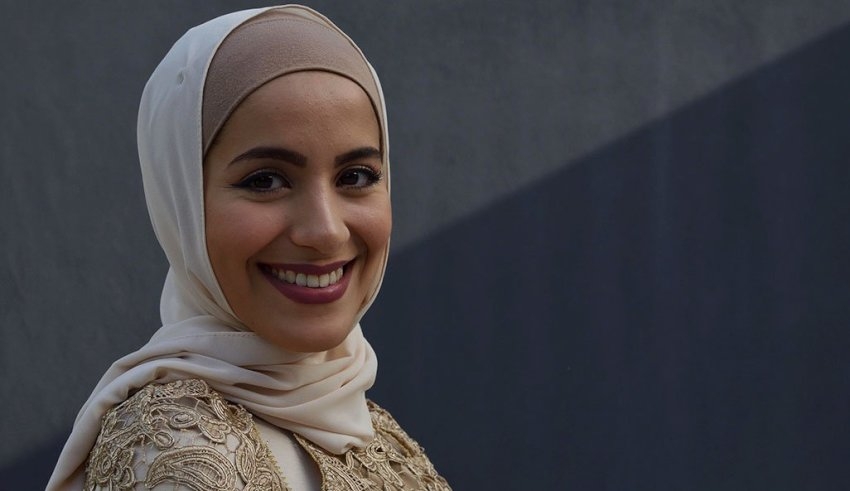 Sara Mansour is an advocate for women's rights in Australia.

‘Recognizing our own privilege is probably the key’

A study this year by the University of Sydney found that 1 in 10 Australian women have been sexually harassed at work. It also found 18 percent of women with a disability, 16 percent of women from ethnically or linguistically diverse backgrounds, and 14 percent of women currently studying reported having experienced harassment. Transgender women also endure higher levels of sexual harassment and violence.

And, as many commenting on the #BoycottTrevorNoahInOz hashtag have noted, Aboriginal women have experienced gendered, sexual violence since Australia’s 1788 founding by British colonists. In 2016, Aboriginal and Torres Strait Islander women reported experiencing violence in the previous 12 months at 3.1 times the rate of non-Indigenous women.

Marlene Longbottom is from the Yuin Nation and is an academic from the University of Wollongong who is completing a PhD on Aboriginal women and interpersonal violence.

"Not only are Aboriginal women likely to be sexually harassed, the added complexity of being racially vilified with possible multiple ways in which certain repercussions could occur if they report harassment, which differ to White Women," Longbottom said via email.

Longbottom added, “I am often skeptical about feminists who adopt movements that are created by Black women,” referring to #MeToo’s 2006 founder, Tarana Burke.

“Without fully comprehending and acknowledging the origins of such a movement through genuine recognition, White Women’s adoption will continue to perpetrate the divisive narrative that we know is the norm of how feminists operate.” 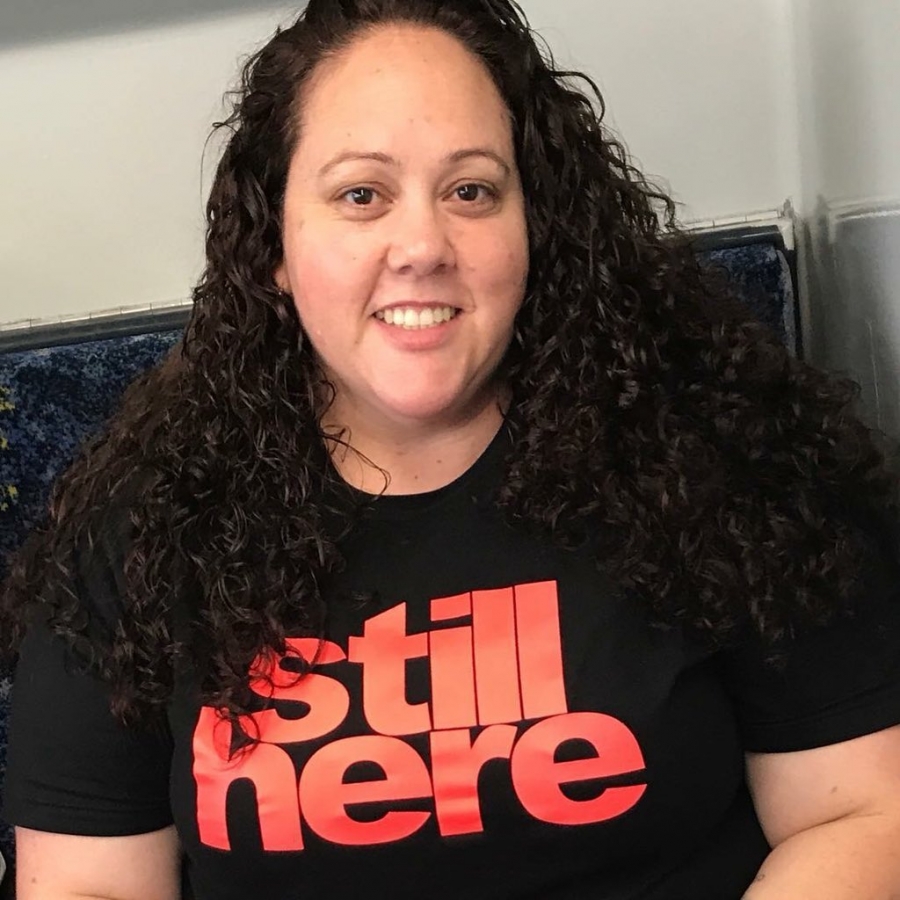 Marlene Longbottom is a Yuin woman and academic from the University of Wollongong who is completing a PhD on Aboriginal women and interpersonal violence.

This past June, NOW board member Nareen Young, an organizational diversity specialist and an Aboriginal woman, said she was “considering [her] position” in relation to the representation of NOW Australia on that month’s Latte magazine cover, a publication of the organization, Business Chicks. The cover featured an image of “the women dismantling discrimination” with an article on NOW. Feminist writer and Darug descendant Laura La Rosa warned that white women in corporate business should not be the face of #MeToo in Australia, noting that the movement was intended to be collective and accessible. By contrast, in Australia "we are increasingly seeing a mainstream picture of women's liberation that ignores a longstanding struggle for diversity, genuine inclusiveness and radicalism.”

“Women of color are twice as likely as Anglo women to be subjected to sexual harassment in the workplace.”

Pointing out the diversity of the NOW Australia board, Mansour added, “Recognizing our own privilege is probably the key to working towards equity.”

Within this, NOW is just getting started, especially in terms of the triage service the organization intends to establish, Mansour says, adding, “We are in conversation with law firms and practitioners who want to assist us pro bono, and the board is working hard to make sure that Australia does not lose the momentum of #MeToo.”