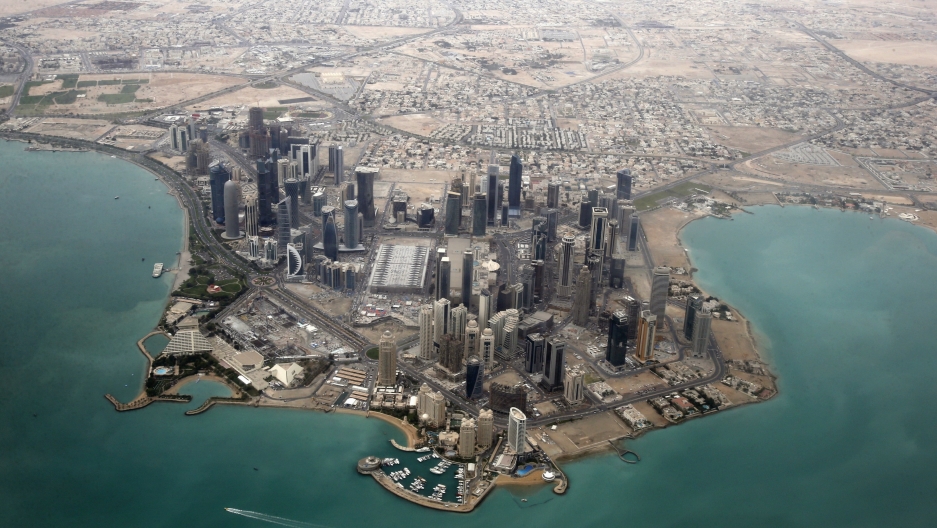 By now, the story of how Russia used fake news to push its own agenda in the United States is well known.

But it’s not just Kremlin-produced disinformation that Americans may have stumbled upon recently. Browsing Facebook and Twitter — and even just perusing the magazine rack at their local Walmart — they may have also been exposed to propaganda supporting the ambitious goals of two oil-rich Arab Gulf countries.

Saudi Arabia and the United Arab Emirates have long spent huge sums of money on Washington lobbyists and public relations firms to win favor with those in power in the United States and those who influence them. But when Saudi Arabia and the UAE launched a boycott and blockade of the tiny peninsula state of Qatar last year, organizations with ties to Riyadh and Abu Dhabi tried something new: They worked to sway American public opinion through online and social media campaigns, bringing a complicated, distant conflict among three Washington allies to US shores.

The Gulf crisis began in June 2017 when Saudi Arabia and the UAE led other Arab countries in cutting diplomatic relations with Qatar. They accused Qatar of supporting terrorism and destabilizing the region, a charge Doha rejects. After initiating an economic blockade, the boycotting countries issued a list of 13 demands for Qatar to meet, including aligning foreign policy with theirs, ending support for the Muslim Brotherhood, shuttering the satellite news channel Al Jazeera and cutting ties with Iran.

As they took steps against Doha, Saudi Arabia and the UAE also initiated propaganda efforts in the US aimed at weakening Washington’s alliance with Qatar — which hosts the largest American military base in the Middle East — while also enhancing their own images.

Take, for example, The Qatar Insider.

The anti-Qatar website went live last year, advertising itself as “your comprehensive source for information on #QatarCrisis.” It pushed a steady stream of clickbait-style disinformation, often relying on catchy, misleading infographics to try to draw in an audience.

Among The Qatar Insider’s claims were that Qatar had spent a whopping $64.2 billion on supporting terrorism between 2010 and 2015 (citing the “US Treasury” as a source); that Qatar not only supports ISIS, but trained its fighters; that al-Qaeda’s 9/11 mastermind Khalid Sheikh Mohammed (who is imprisoned at Guantanamo Bay) is being “sheltered” by Qatar; that the Qatari state has openly threatened to carry out genocide on its people to quiet dissent; and that in preparing for the 2022 World Cup, Qatar has bankrolled Pyongyang’s dictatorship and nuclear program by allowing North Korean workers to work on World Cup infrastructure projects.

TV ads aired in the US by the Podesta Group that advertised The Qatar Insider were identified to viewers as “distributed by SAPRAC” and “sponsored by the embassy of Bahrain,” a close Saudi ally that was involved in funding SAPRAC. But The Qatar Insider’s website made no mention of the Podesta Group, SAPRAC or the Saudi or Bahraini governments. It was laid out like a news site, with its “about us” section describing it as “the comprehensive source for information on the truth about Qatar’s funding, activities and support for terrorist and extreme Islamist groups.”

In its contract with the SAPRAC, the Podesta Group wrote that their online campaign would target “low-hanging fruit,” which they described as users who were actively seeking information about Saudi Arabia and Qatar. The goal was to ensure “that they see the content we want them to see at the top of their search results.”

Along with painting Qatar as a terror-friendly nation, The Qatar Insider encouraged the US to remove its Al Udeid Air Base, which is home to the forward headquarters of the US Central Command, from Qatar and lobbied against Qatar hosting the 2022 World Cup. 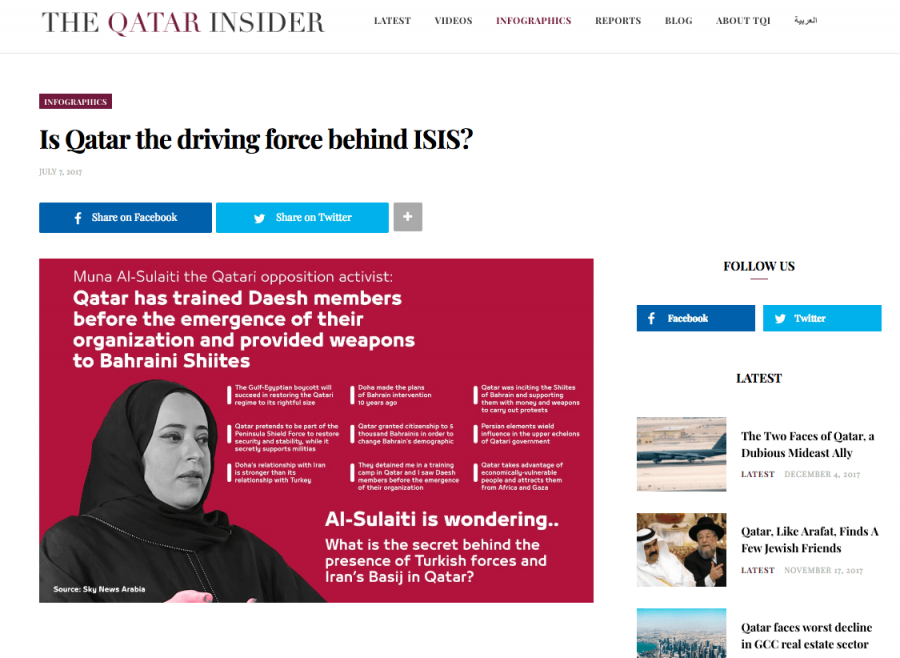 SCL Social Limited, which is owned by the same parent company as Cambridge Analytica, took an approach similar to the Podesta Group when it was awarded a $333,000 contract for social media outreach on behalf of the UAE’s government.

Last September, the company spent more than $60,000 on ads on Facebook, YouTube, Twitter and other online platforms to promote the #BoycottQatar hashtag and link to a mix of articles critical of Qatar alongside disinformation.

Their ads were blunt and focused on Americans: “Trump: Qatar engaged in terrorism-related activity,” read one.

Most of the posts on their Boycott Qatar Facebook and Twitter pages have disappeared, but documents supplied to the Department of Justice show that they frequently linked to The Qatar Insider while also pointing users to articles critical of Doha in more credible publications.

Efforts have not been limited to simple meme-formatted clickbait and ads on social media.

Last fall, a film billed as an “educational documentary” called “Qatar: A Dangerous Alliance” appeared online and was distributed to guests at an event hosted by the conservative Hudson Institute that featured Steve Bannon, a former senior adviser to President Donald Trump and the ex-chairman of Breitbart News.

The film had a clear anti-Qatar bent, but it was presented as an American production. But documents filed to the Department of Justice in recent months show that the film was made by two US companies paid by Lapis Middle East and North Africa, a Dubai-based communications firm that has worked for the UAE’s government. One of those companies, Andreae & Associates, is headed by Charles Andreae, a former CEO of Bell Pottinger, which produced fake Iraqi insurgent videos as part of US government propaganda push during his time with the company. Andreae & Associates was paid $565,000 for their role in the anti-Qatar documentary. Videos uploaded to the film’s YouTube channel has counted nearly one million views.

And when Saudi Arabia’s de facto ruler, Crown Prince Mohammed bin Salman, visited the US in March, a magazine bearing his face and celebrating his reign appeared at 200,000 outlets across the country. The Saudi Embassy denied knowledge of the magazine, and the company that published it, National Enquirer publisher American Media Inc., denied receiving guidance from the Saudis.

Citing employees of American Media Inc, The New York Times later reported that the magazine was an attempt by the publisher’s CEO to win business in Saudi Arabia. Still, there was evidence that the Saudi Embassy and advisers to the Saudi royal family had received advanced copies of the publication, hinting that they were involved in its creation and fawning tone.

These attempts to woo the American public came even as the Saudis and Emiratis had access to the highest levels of power in the US — as well as the ability to influence Washington’s Gulf policy.

Seeing Trump’s hostility toward Iran mirroring their own, Saudi Arabia and the UAE were eager to strengthen their relationship with the former reality TV host when he took office, despite his harsh campaign-trail criticisms of Islam and Saudis (who, he once said, “want women as slaves and to kill gays”). In May, The New York Times reported that an emissary of Saudi Arabia’s Crown Prince Mohammed and the crown prince of Abu Dhabi, Mohammed bin Zayed, held a meeting with Donald Trump Jr. ahead of the 2016 elections offering their support to Trump as well as social media help in winning the election.

The early outreach attempts seemed to work: Trump’s first international trip as president, in May 2017, was to Saudi Arabia, where he signed a $110 billion arms deal. And when the Qatar crisis broke out the next month, Trump quickly expressed support for Riyadh and Abu Dhabi and accused Qatar of supporting terror.

“I think the Saudis and Emiratis very quickly grasped that they had pretty much a clean slate to try to paint — and I think that’s exactly what they tried to do,” said Kristian Ulrichsen, a Gulf expert at the Baker Institute for Public Policy at Rice University.

But Ulrichsen questions how effective the broader propaganda efforts have been.

“Very few of these moves — to target Facebook, Twitter, to make videos that very few people watch — would have any impact on shaping public opinion,” he said. “In terms of the Gulf crisis … very few people [in the US] actually think about it at all.”

“If you asked the average American about the Gulf and they see these commercials, they will not be able to tell the difference,” he said. “And for those who do know the difference, they will remember that Saudi Arabia, not Qatar, had its citizens participating in the 9/11 attacks.” 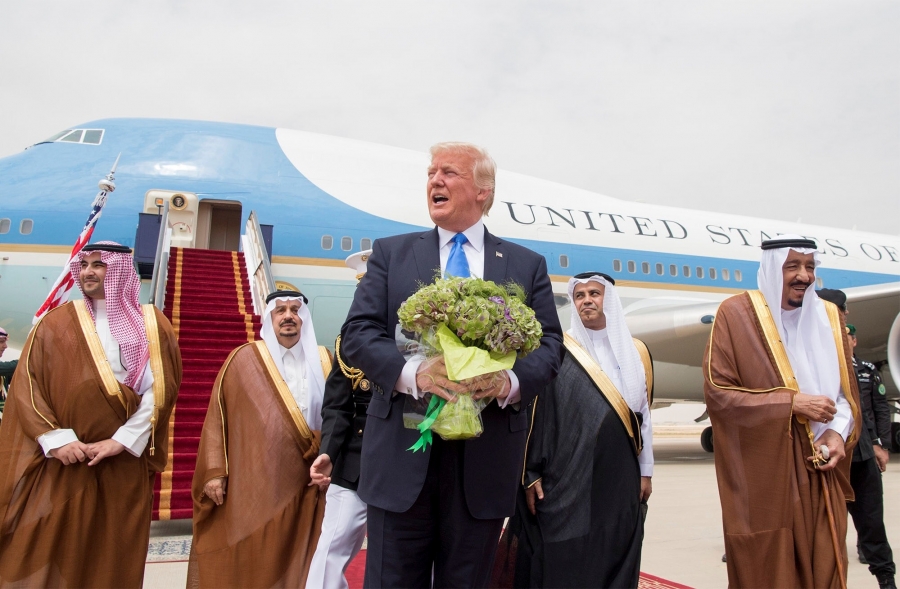 While Qatar has not apparently engaged in the kind of propaganda war that groups linked to Saudi Arabia and the UAE have in the US, it has not sat idle. Qatar — or, at best, its friends — has been involved in the hacking and leaking of emails designed to embarrass the UAE and reveal its role in trying to influence the Trump campaign. Qatar has increased its spending on lobbyists while also trying to soften its image by wooing American Jewish groups, including the Zionist Organization of America, which previously called for Qatar to be listed as a state sponsor of terrorism. And in May, Qatar flexed its soft power muscles when it offered to pay to keep the Washington, DC, metro open after a Capitals playoff game.

Over time, Trump softened his tone on Qatar, and now again hails them as an ally against terrorism. The situation remains delicate, but the US is once again on a friendly footing with all three allies, even as their own feud continues and Saudi Arabia threatens to turn Qatar into an island.

But to Neubauer, the Gulf crisis has left all parties involved looking bad.

“Instead of saying one country is better than the other, everyone looks really, really horrible,” he said. “It really raises questions about what kind of partners these countries are for the United States.”