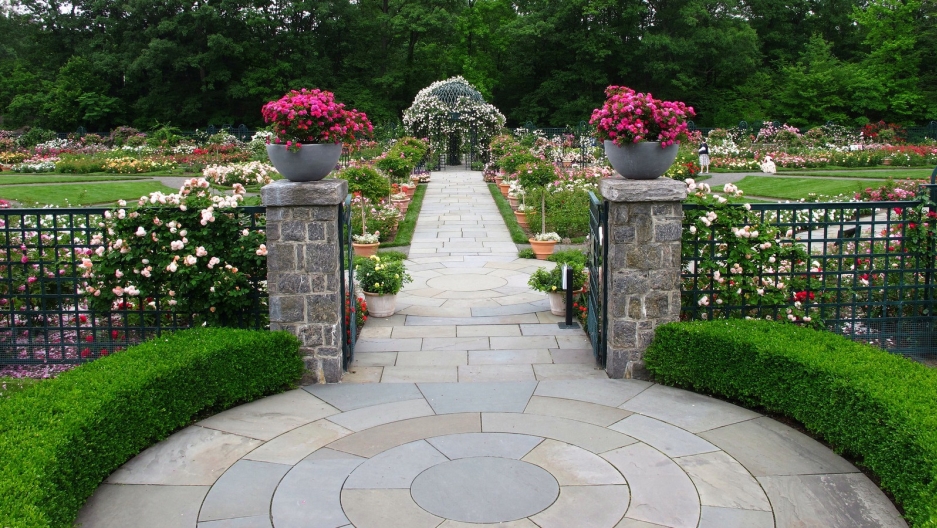 David Hosack’s name probably is not on most lists of famous New Yorkers. But Victoria Johnson argues that he should be.

“David Hosack was the most famous man most of us have never heard of,” Johnson says.

She first came across Hosack’s story while reading a book about the founding of the New York Botanical Garden. She soon realized he founded or co-founded some of New York's essential institutions: the New York Historical Society, Bellevue Hospital, the city’s first school for the deaf, its first public schools and its first subsidized pharmacy for the poor.

“That story grabbed me from that first second, and the more I learned about him, the more I realized that he was truly a great forgotten American,” says Johnson, an associate professor of urban policy and planning at New York City’s Hunter College.

She decided she wanted to learn more about him and the many legacies he left behind. That interest turned into a book she wrote that was recently published: “American Eden: David Hosack, Botany and Medicine in the Garden of the Early Republic.”

So who exactly is David Hosack?

“If he's known at all, it's for having been the attending physician at the duel with Hamilton and Burr. He was chosen by both men," Johnson says. “But that was only one of many, many things he became famous for, including founding the first botanical garden in the new nation. He was the reason that New York became New York in his generation, the premier city for the arts and sciences.”

Hosack was born in New York City in 1769, eight years before the signing of the Declaration of Independence. As a teenager, he would pass the likes of George Washington, Thomas Jefferson and Hamilton on the streets.

“He saw heroism and sacrifice all around him, and what does that next generation do that's heroic? If your elders have brought an entire nation into being, what do you do as a teenager, what do you aspire to?” Johnson says. “If you're David Hosack and many of his peers, you want to make the nation great. You want to build the civic institutions that will make it stable, that will bring it world respect, that will help fellow citizens live happy, healthy lives.”

Hosack’s vision went far past establishing municipal assets and services. As a doctor, he was fascinated by how his love of medicine and plants could intertwine. When Hosack would attend a number of universities and medical schools, plants were found mostly in apothecary shops, but not in actual medicinal practices, Johnson says.

Eventually, Hosack decided to head to his family’s homeland of Scotland, where he discovered the symbiotic relationship between gardens and the medical profession.

“He discovered that Europe was blanketed in botanical gardens and that for European doctors and medical professors, botanical gardens were laboratories, classrooms, and encyclopedias, all rolled into one,” Johnson says.

While in Europe, he quickly developed a love for botany — as well as an obsession for discovering new plant-based medicines.

Hosack was called on to save the oldest son of Hamilton, the namesake of the ultra-popular musical, in 1797. The son, Philip, had a very high fever. Instead of using one of the more accepted medical procedures of the time such as bloodletting or mercury, Hosack opted to use a steam bath and sprinkle some Peruvian bark, one of his favorite botanical remedies. Philip’s fever eventually dropped, making Hosack the family physician of the Hamilton family from that on point onward, Johnson says.

During that same time, he served as a professor of medicine and botany at Columbia University, where he taught students about medical botany.

Hosack taught them a scientific method that could translate into times well after his death in 1835, when medicinal research started to move into chemistry laboratories. At the same time, many of his students would go onto found botanical gardens all over the country, Johnson says. Although the New York Botanical Garden in the Bronx was not established until 56 years after Hosack died, the founders were taught by some of Hosack’s students, making them — in Johnson’s words — his “intellectual grandchildren.”

“He is present everywhere you go in the garden today,” she says. “The devotion to collecting plants from all over the world, to understanding ecosystems around the world, to education of New Yorkers and international visitors … he is everywhere there.”

It may be hard to imagine a botanical garden being situated on the grounds where Rockefeller Center now stands, but that was exactly the case in the early 1800s.

Hosack had asked repeatedly for Columbia for funding to launch a botanical garden, but at the time the university was strapped for cash. So, he took his own money and bought 20 acres of land in what was then deemed rural Manhattan, right along the Middle Road (now known as Fifth Avenue).

“It was completely pastoral, and he decided that if he launched the garden by himself, his fellow citizens would eventually come to their senses and make it truly a public garden,” Johnson says.

After several attempts for the state of New York to buy the Elgin Botanic Garden from him for public use, Hosack finally succeeded around 1810. His victory was short-lived, though, as the land was eventually handed back over to Columbia to handle its upkeep. The school still did not have the funding needed for such an expensive undertaking. The garden fell into disarray, prompting Columbia to completely cover the acreage with apartments by 1870.

About 50 years later, the area caught the eye of John D. Rockefeller Jr., the only son of Standard Oil co-founder John Rockefeller Sr. The younger Rockefeller envisioned for a neighborhood that included a new opera house, which would eventually become Radio City Music Hall.

After leasing the land to the Rockefeller family for decades, the state sold the land outright for $400 million in 1985. The land changed hands one more time in 2000 when a billionaire Chicago family joined a New York developer to buy the property for $1.85 billion.

“You can stand in Rockefeller Center today, and if you close your eyes and think really hard into the past,” Johnson says, “you are standing in the middle of a 20-acre botanical garden.”

This article is based on an interview with Jenni Doering that initially aired on PRI’s “Living on Earth.”