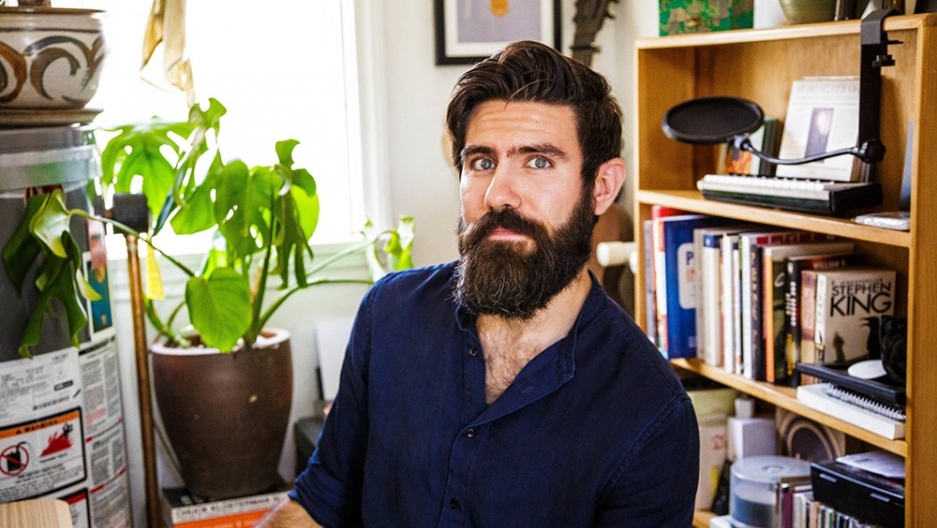 He’s a musician in Los Angeles, where he plays in a band called TUFT. But to pay the bills, he’s employed as a Mastering Quality Control Technician: someone who watches movies and TV shows very closely, over and over again, to make sure that no mistakes were made during production.

It might sound like an easy job, but according to Casey, watching something repeatedly can take its toll.

“There's a sort of specific fatigue that sets in, where you're dreading knowing what happens and you just want to get to the end of it. It’s like if you imagine going to the movies and seeing a movie that was fine … but then if you were forced to watch it 10 more times, how awful it would feel.”

Casey’s day job and musical career have collided on more than one occasion. A few years ago, he was assigned to watch all of the original “Friday the 13th” movies at work. He couldn’t get the films out of his head, so he started writing songs about them. Those songs evolved into a side project — Happy Campers in 3D — that performs every Friday the 13th.

You can find all of Casey’s music at his website, and TUFT’s latest album, “Look Look”, at tuftmusic.com.