There is a reason why New York is the city for art. It has more galleries — over a thousand — than any other city around the world. It has more art museums and institutions and more art fairs. Among the top-ranked international art cities, Miami and Los Angeles aren’t very far behind.

But these cultural hubs aren’t the only places where art lives. Great art is made all over the country, sometimes far from the expensive hustle and bustle of those elite coastal cities.

“I don't see [New York] as the primary source of creativity and certainly not now,” conceptual artist AK Burns says. “Part of why I'm moving upstate is I can't afford to stay in New York City. And I think most artists are feeling that way. So I think we're only going to see more ‘Second City’ emergence of really productive creativity happening in other places.” 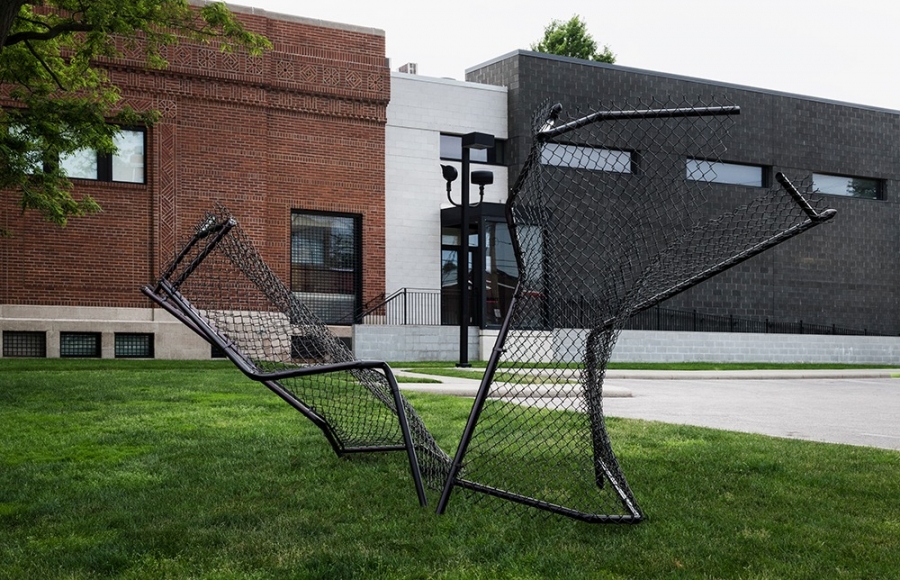 And nowhere is that more on display than in northeast Ohio this summer.

The “FRONT International Cleveland Triennial for Contemporary Art” is a massive, region-wide art exhibition featuring more than 100 artists from around the world showcasing work in 28 different venues. It’s the kind of event that could have the name Basel attached to it. It’s an incredibly ambitious experiment that will run from July until the end of September, an attempt to draw so much critical mass that it can’t be ignored.

“We hope to trick a lot of people into seeing contemporary art this summer,” FRONT founder Fred Bidwell says, “because people are just going to bump into it and hopefully it'll raise a few questions and generate curiosity for more.”

Kurt Andersen traveled to Cleveland to see what a Midwestern city on the forefront of the contemporary art scene looks like. 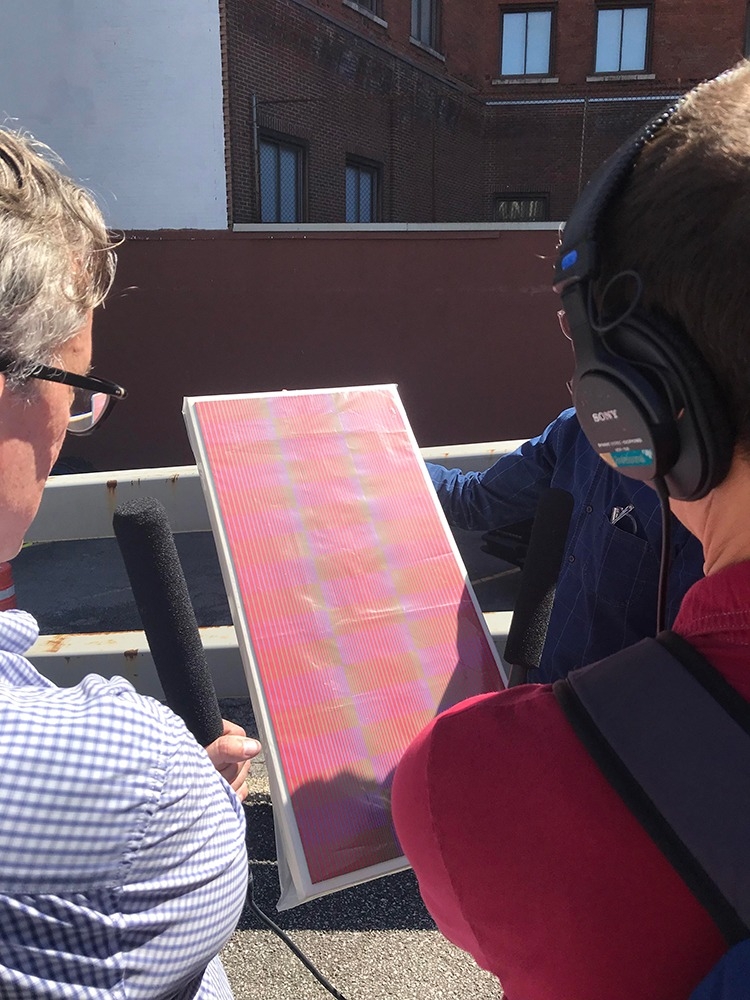 Kurt Andersen looks at the original scale model of Julian Stanczak’s 1973 mural, which will be recreated for FRONT.

The mural is almost finished! pic.twitter.com/qu8mbmuYw0 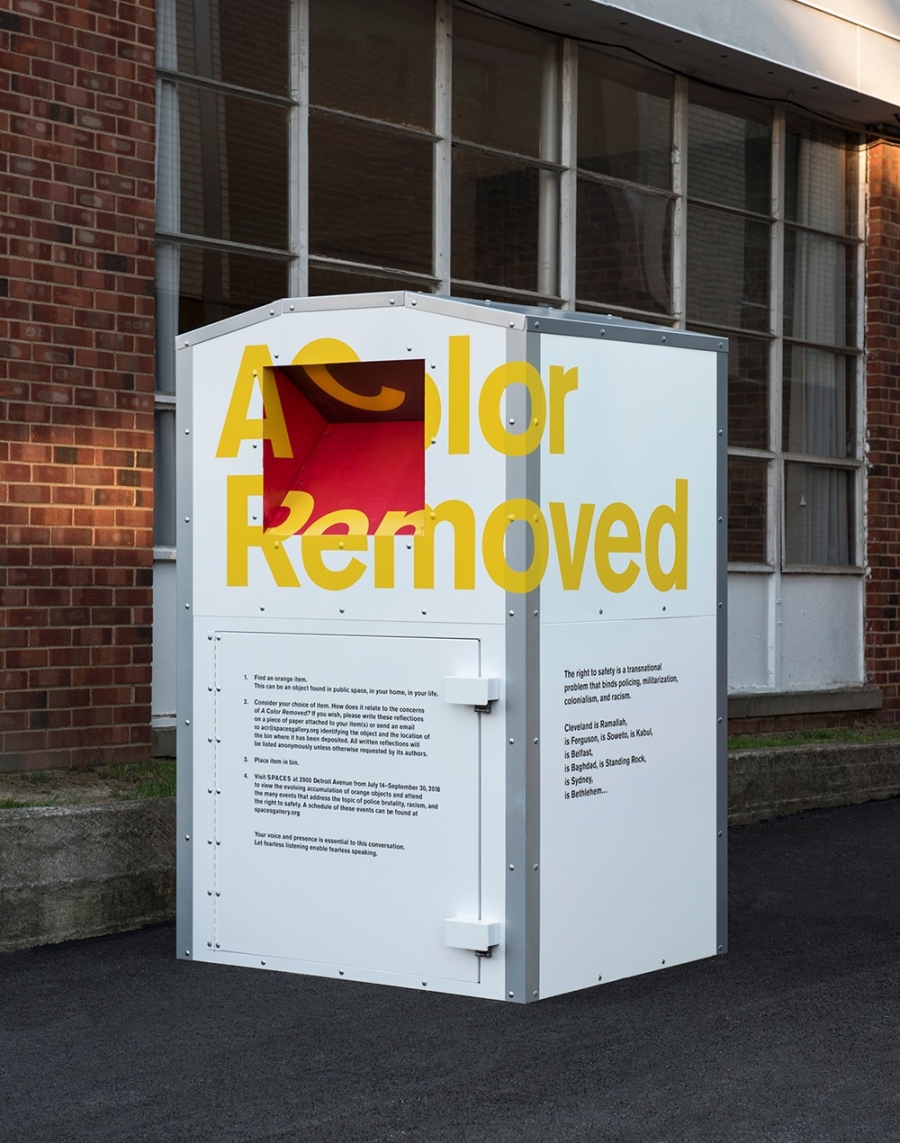 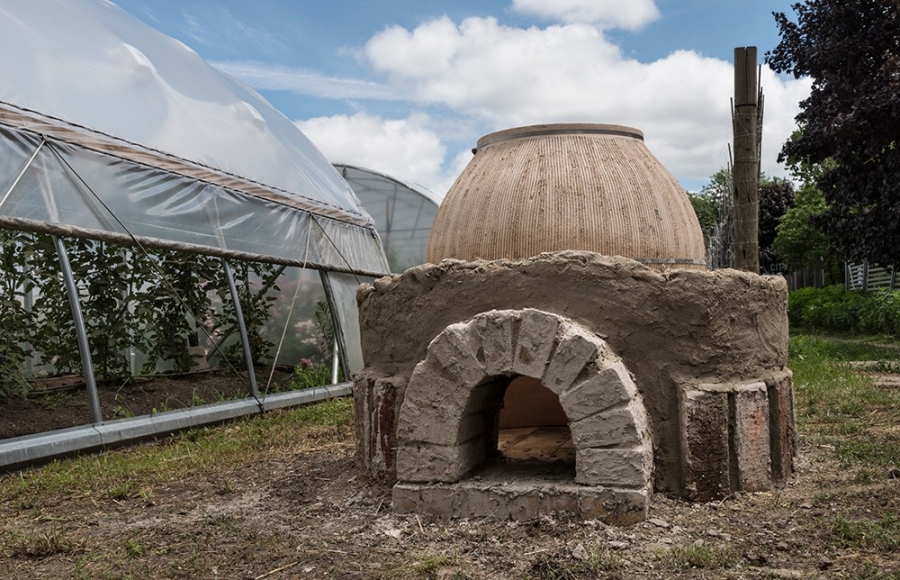 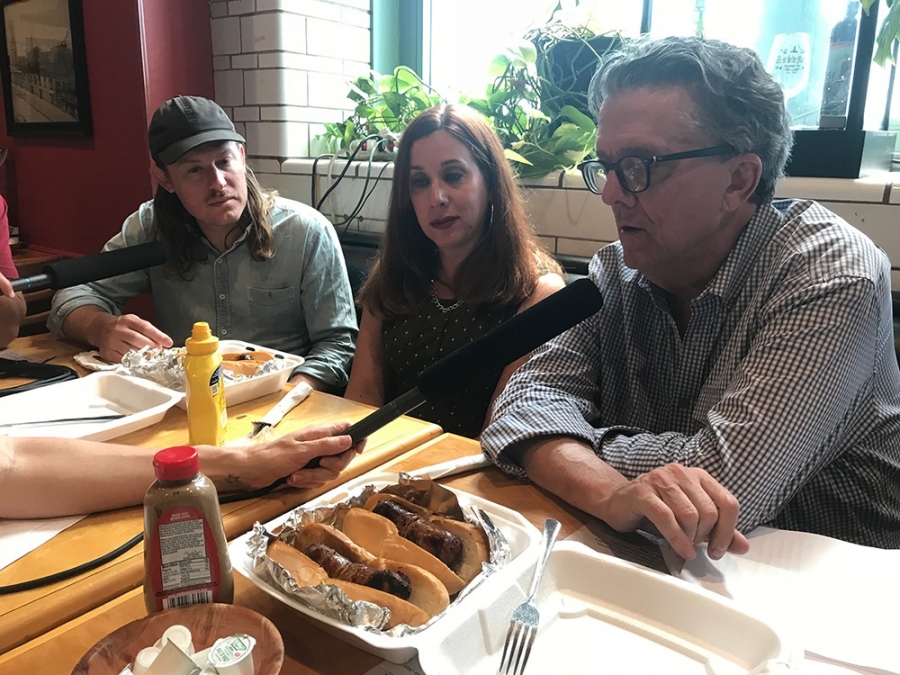 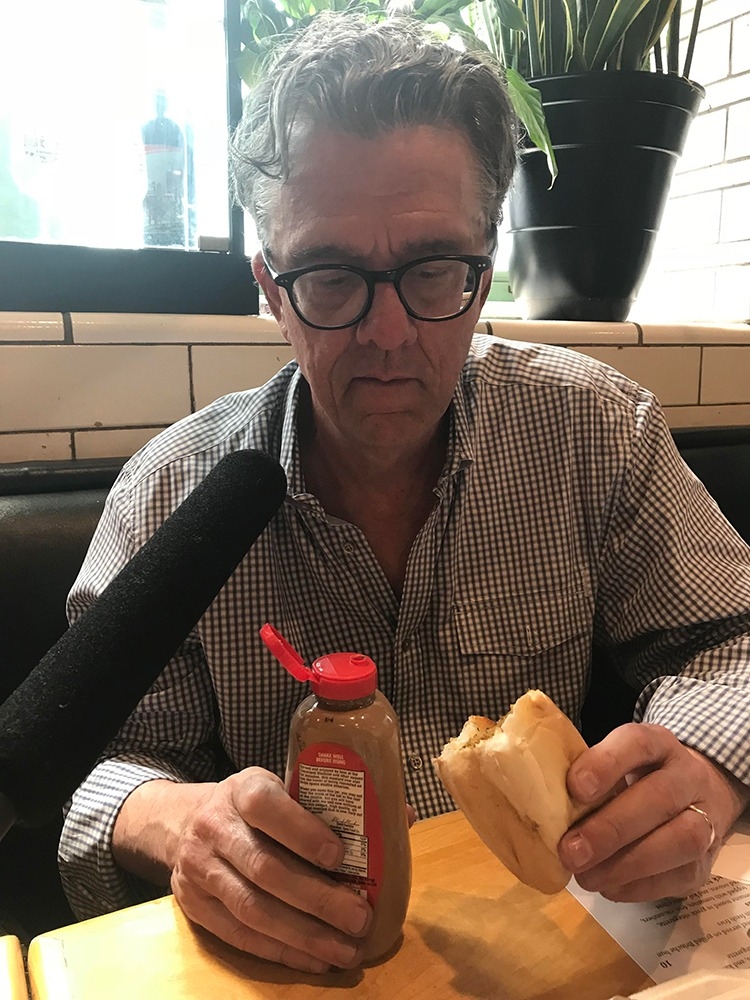