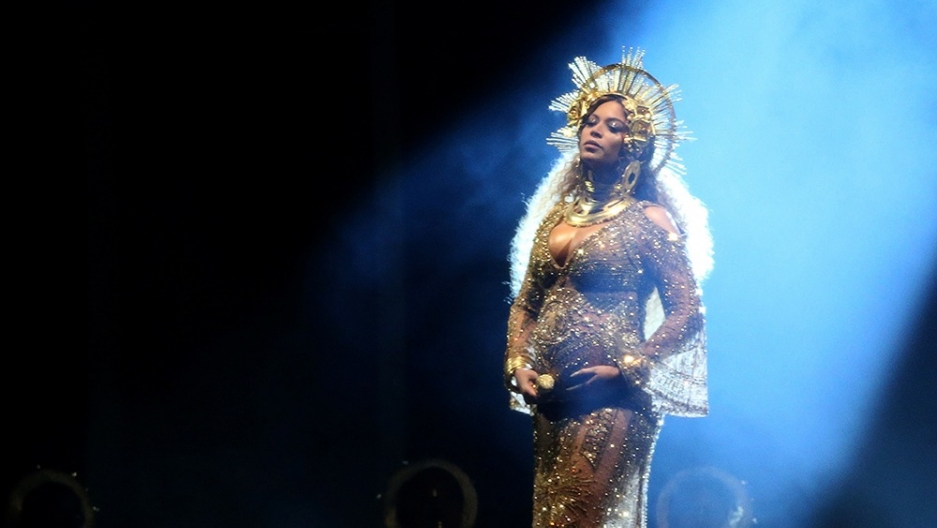 Beyoncé performs at the Grammys in 2017.

When Beyoncé and Jay-Z recently released their unannounced album, “Everything is Love,” it seemed so spontaneous — and was so great — that it kind of hijacked American pop culture for a while.

It was a surprise and yet it was the kind of compelling and exceptional thing everyone has come to expect out from Beyoncé ... like earlier this year, when her performance at the Coachella music festival dominated talk for days.

But the idea of Beyoncé being on a higher plane was recently taken to an entirely new level.

Yolanda Norton, an assistant professor of Old Testament at the San Francisco Theological Seminary, just taught a course called “Beyoncé and the Hebrew Bible.” In the course students learned what Beyoncé can teach us about the Bible, and what the Bible can teach us about Beyoncé.