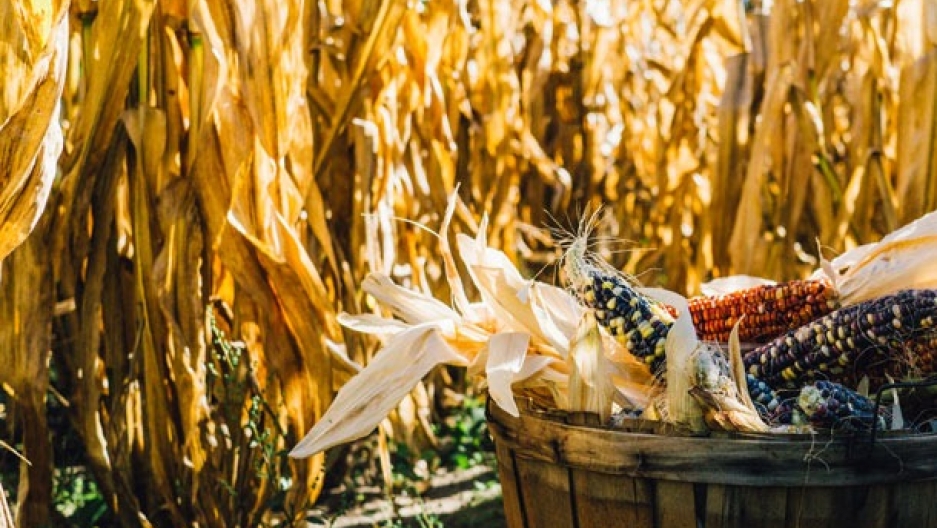 Corn is the most produced and traded crop in the world.

Corn, also known as maize, is the world’s most-produced food crop. But it could be headed for trouble as the Earth warms.

A new study published in Proceedings of the National Academy of Sciences of the United States of America finds that climate change will not only increase the risk of food shocks from world corn production but that these crop failures could occur simultaneously.

“Increased warming leads to global crop failures because plants are not adapted to really high temperatures,” explains Michelle Tigchelaar, a research associate at the University of Washington. "Most of our crops are really well-adapted for our current climate. There is an optimum temperature at which they grow and beyond that their yields decline. Extreme heat has really negative impacts on … the flowering of crops and also increases their water usage.”

Tigchelaar’s study looked at two warming scenarios: One in which the global mean temperature rises by two degrees Celsius, which is roughly in line with the Paris Agreement targets, and a second scenario of a four-degree warming, which is the temperature rise the world could see by the end of this century if humanity fails to change the way it currently does things.

With two degrees of warming, corn yields would decline by 20 to 40 percent in the main growing regions on Earth; a four-degree-warmer world would see 40 to 60 percent yield declines.

Tigchelaar and her colleagues looked at corn because it is the most produced and traded crop in the world by volume — wheat is the most grown by area — and because it has so many different uses, which include livestock feed, sugar, biofuel and direct human consumption. Also, only a handful of countries — the US, China, Ukraine, Argentina and Brazil — grow the bulk of the world’s corn. “That makes the system very vulnerable to crop failures in just one or two regions,” Tigchelaar adds.

"So, it really does matter if we have two or four degrees of warming,” Tigchelaar says. “It's not just ‘any warming is bad’ or "any warming doesn't matter.” It really matters where on that spectrum we land.”

In the US, farmers would suffer if widespread crop failure occurred, but government crop insurance programs would mitigate some of the financial effects. Globally, the people who would be affected the most are those who spend the majority of their income on food that is traded in international markets. “These would be poor, urban consumers worldwide, mainly in developing nations,” Tigchelaar says. “That is really unfortunate because those people generally tend to be most vulnerable to climate change to begin with.”

Farmers may be able to find ways to adapt to new conditions. For example, Tigchelaar says her study did not look at the extent to which growing regions could shift. “Already we see that wheat is expanding northward,” she explains. “So, we might be able to soon grow corn in places we couldn't grow it before. Similarly, farmers might decide to shift their planting dates to avoid the hottest time of the year.”

Ultimately, however, if a four-degree-warmer world is our future, the world will need crops that tolerate heat better, Tigchelaar says. International maize and wheat organizations have worked for decades at breeding crops more tolerant to heat, so far without success.

“This is a really difficult trait to breed into crops, and it should be a major effort — but it's also a little disconcerting that they haven't achieved that yet,” Tigchelaar says.