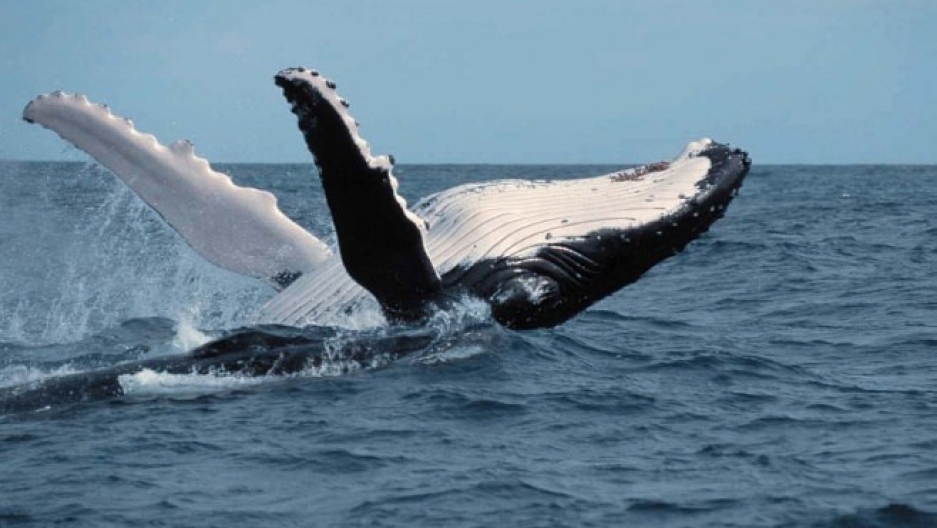 A humpback whale breaches in the waters off Antarctica. After being hunted almost to extinction, the humpback whale population has rebounded dramatically.

Rapidly melting Antarctica ice poses a threat to coastal cities, but there is at least one species that is benefiting: Humpback whales are flourishing these days, due to an abundance of krill.

Nineteenth-century commercial whaling killed the vast majority of the world’s whales, so this current revival of the humpback whale should be celebrated as a conservation victory, says University of California, Santa Cruz, researcher Ari Friedlaender. Nevertheless, there are questions about how long the krill boom might last.

“In other populations around the world, typically two or three years is the interval between having a calf, and it takes the animal that long just to be able to grow a calf and wean it. In the Antarctic, some humpback whales were reproducing annually,” Friedlaender says. For these enormous creatures, growing a calf while simultaneously lactating requires enormous amounts of energy. It is something they can do only with an almost unlimited supply of food.

The whaling industry in the Southern Ocean killed over 2 million baleen whales before commercial whale hunting was banned in the 1980s, Friedlaender says. “These are staggering numbers. … [Our study] shows that if you leave some of these populations alone, they do have the capacity and the ability to rebound. We should be hopeful and optimistic at some level that we can reverse some of the things that we did that were so detrimental to these animals.”

Friedlaender says the whale baby boom has several causes, some good and some maybe not so good.

The good: The whales are responding to the availability of food left over after so many whales were killed, which indicates the population's capacity to rebuild itself, even when reduced to such low numbers.

The Antarctic Peninsula is warming faster than almost any other place on the planet, and this is resulting in fewer and fewer days when the water is covered by sea ice. In a given year, winter might come a month later and spring a month earlier. Whales don’t enter waters under sea ice, so this means they could have as much as two extra months a year to feed in Antarctic waters. “So, it may be that climate change is actually increasing the number of days for these whales to be able to forage and therefore to gain energy and reproduce,” he says.

The maybe-not-so good: While the current situation is a happy one for the whales, the long-term outlook might not be so rosy. Melting sea could cause the krill population to drop rapidly.

“It’s a very quick step down in terms of how much food is available for all the krill predators, and then you limit how many animals might actually be able to subsist on that krill,” Friedlaender explains. “So, while right now it might be a very good time to be a humpback whale, in the future, once the changes that are happening affect the amount of food that's available for them, it's going to limit how many animals can [survive] there.”

He continues: “In nature, when resources become limiting, you have competition, and it may be that humpback whales are going to compete with the penguins or the seals or the other things in the Antarctic that rely on krill as a main food source. Nature has a way of sorting those things out, and it typically means there's going to be winners and losers.”