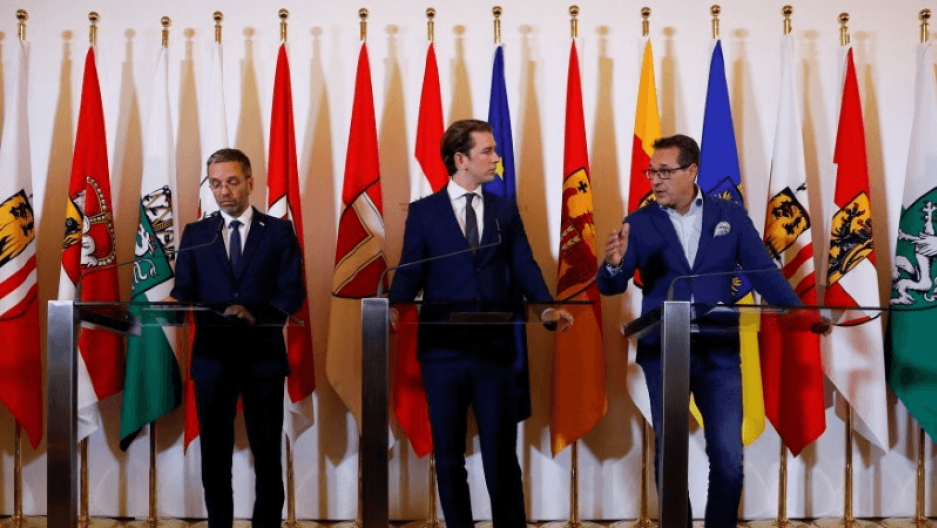 Austria is prepared to take measures to protect its southern borders if an immigration deal within Germany's coalition goes into effect, the government in Vienna said on Tuesday.

It was responding to an agreement late on Monday between German Chancellor Angela Merkel's Christian Democrats and Bavaria's Christian Social Union settling a row over migrant policy that had threatened to topple her government.

"Should this agreement become the German government's position, we see that as prompting us to take action to prevent negative consequences for Austria and its population," Austrian Chancellor Sebastian Kurz said in a joint statement with two far-right cabinet members, asking Berlin to clarify its stance.

Austria has repeatedly said it will at least match any German measures on its own borders further down migrant routes, such as those it shares with Italy and Slovenia.

The statement by Kurz, Vice Chancellor Heinz-Christian Strache and Interior Minister Herbert Kickl said the Austrian government is "prepared in particular to take measures for the protection of our southern borders." It did not elaborate. Austria's southernmost borders are with Slovenia and Italy.

Under the German deal, migrants who have already applied for asylum in other European Union countries will be held in transit centers on the German border with Austria while Berlin negotiates bilateral accords for their return.

German Interior Minister Horst Seehofer, of the Bavarian party, has been pushing for tougher measures on illegal immigration and presented the deal as a victory. It is unclear, however, what effect it will have as in many cases bilateral accords for migrants' return already exist and are implemented.

In the first five months of this year, roughly 4,600 "unauthorized entries" were recorded at Germany's border with Austria, according to the German police. Of those, 2,450 were sent back to Austria.

Kurz's conservatives won last year's parliamentary election with a hard line on immigration, pledging to prevent any repeat of the 2015-2016 migration crisis in which Austria took in more than 1 percent of its population in asylum seekers and more than a million crossed its territory into Germany.

The number of arrivals has since slowed to a trickle despite many people still making the dangerous Mediterranean crossing into Italy. Austria has said that in the event of an influx from Italy it will introduce controls at the Brenner crossing, which lies on an important north-south road and rail route.

Tighter German border controls have in the past raised fears of a migrant build-up in Austria.

"Austria and in particular Salzburg can and must in no case become a 'waiting area' for migrants," said Wilfried Haslauer, the conservative governor of Salzburg province, which borders Germany.