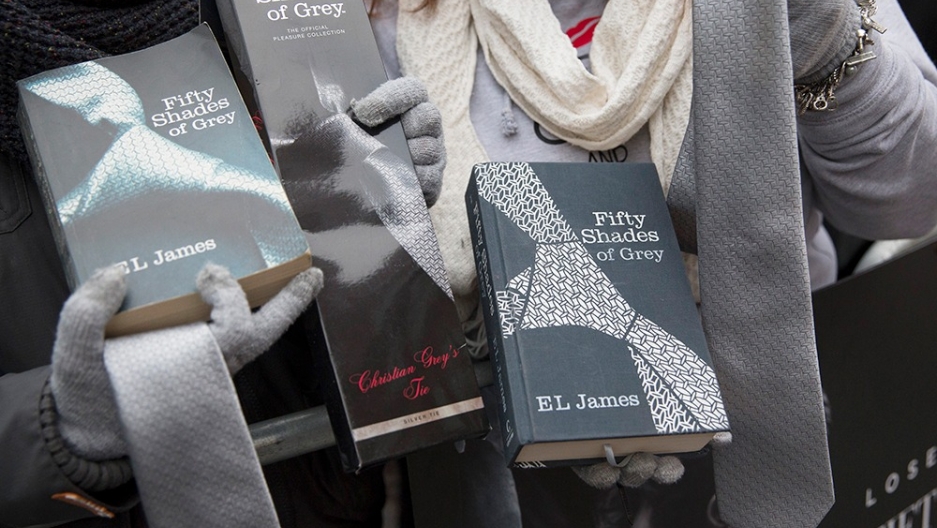 Fans pose with "Fifty Shades of Grey" paraphernalia at the film's UK premiere in London in 2015.

Then, we sent reporter Rebecca Lee Douglas to figure out who exactly is reading this smutty bestseller. Everybody’s reading it, but a book this risqué makes for some awkward conversations.