A haul truck works at Peabody Energy's Rawhide coal mine near Gillette, Wyoming. The past few years have been tough for the coal industry in Wyoming — the company filed for Chapter 11 bankruptcy in 2016.

Coal has driven Wyoming’s economy for decades — the state sits on a rich abundance of coal reserves. But the world is slowly moving away from coal as other forms of energy have become cheaper and environmental concerns mount. Coal burns dirty and produces a lot of greenhouse gasses that fuel climate change.

Add it up and coal towns are at a crossroads.

The Wyoming city of Gillette, population 32,000, is surrounded by coal mines. The city is located in the Powder River Basin, an area of Montana and Wyoming known for its coal deposits.

“We're called the energy capital of the nation because we have been supplying the nation with energy, about 30 to 40 percent, [for] the last 30 years,” says Louise Carter-King, Gillette’s mayor.

Most of that energy comes in the form of coal, but the Powder River Basin is also rich in oil, gas and uranium reserves.

The city of Gillette has benefitted by taxing those resources. It’s been able to build things like a sparkling new recreation center, schools and an outdoor sports complex.

The economic formula has worked well in Gillette: dig it up, ship it out. But two years ago, the bottom dropped out of coal and oil prices.

“We had what I call a perfect storm,” says Carter-King. “One day in March of 2016, one of the coal mines here, a couple of them, laid off almost 500 people. And that was just very devastating to the community. We'd never had anything like that happen before.”

The layoffs rippled throughout Gillette.

“Some people that lost their jobs here just left the community. They left their houses, they left their mortgages. They just went away,” says Ken Barkey, owner of the Prime Rib Restaurant in Gillette.

It wasn’t just coal miners who disappeared — companies that provided services and equipment cut back too. Barkey says on a Friday night three years ago, they’d have 400 people at his massive restaurant.

“That went down to more like 250, 300,” Barkey says. “The less customers coming in, obviously the servers rely mainly on tips, so that affected them.” 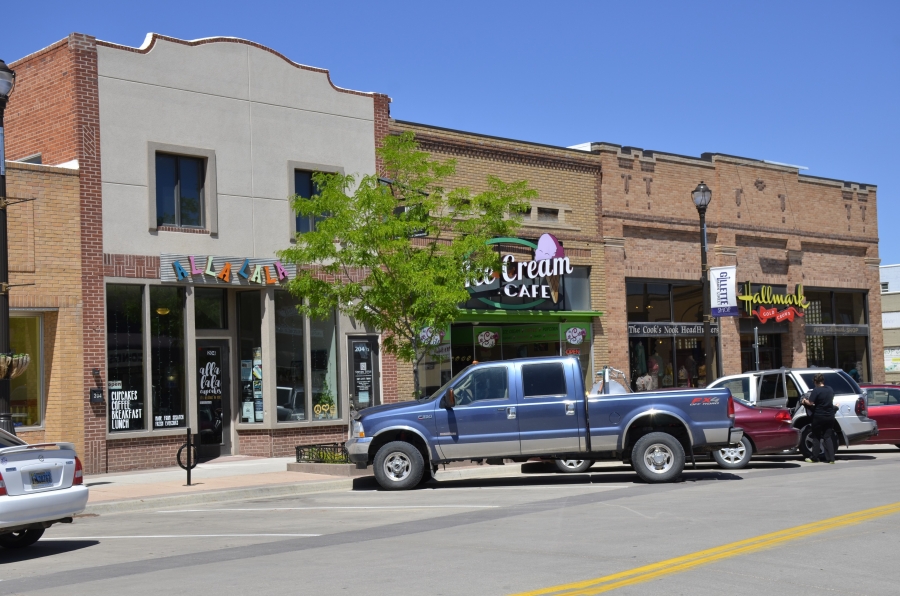 Gillette, being an energy town, has always had its ups and downs. And things have improved recently as oil and gas prices have pushed up and coal prices have stabilized. Still, Barkey supports renewed efforts by local and state politicians to diversify the economy. But does he see a future for Gillette beyond coal?

“I don’t know. I can’t answer that,” Barkey says. “I think there are some people working on things that sound positive.”

You can understand his uncertainty. People in Gillette have heard this talk before.

Christenson says every time civic leaders have talked about pursuing new industries, along came another energy boom and the ideas got shelved.

“And now we're behind. And unfortunately, now you're behind at a time when there's this fundamental change in energy.”

Natural gas is now cheaper than coal. And the global push to move past coal, a key contributor of greenhouse gasses fueling climate change, is growing more urgent.

Christenson says this time, however, talk of diversification feels different.

Capital Economic Development, a public-private partnership, has been tasked with diversifying the regional economy. The organization’s president, Dana Miller-Eiland, says Gillette is well-positioned to attract manufacturing because of its rail system and interstate highways. The area has a low cost of living and ample space.

“We're thinking of this area as the ‘Carbon Valley,’ similar to Silicon Valley. When it started it was where all the innovation was happening, and we see that going on right now [in Gillette],” says Miller-Eiland.

For example, the company Atlas Carbon in Gillette is finding alternative uses for coal. 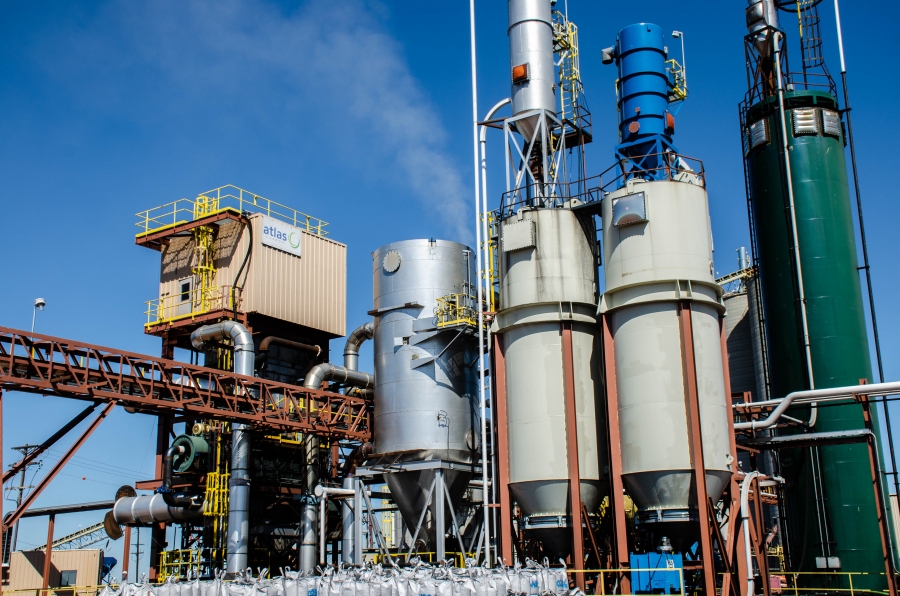 The company Atlas Carbon converts coal into “activated carbon,” small porous pebbles that act as a sponge to remove harmful elements from the air or water.

“One of the things we feel real good about is we are utilizing a piece of property and some assets that others looked at as a liability,” says Jim Ford, vice president of operations for Atlas Carbon, standing at the old Fort Union coal mine.

A large conveyor belt delivers coal to a processing plant where it’s dried and the chemical composition of the coal is altered. At the end of the process, out comes a tiny pebble with microscopic pores, now called "activated carbon."

“It acts as a sponge for a lot of things that we don't want in us, around us, and in our environment,” says Ford.

These tiny pebbles can be used for things like water filtration or scrubbing gas vapor from car engines.

Ford says we need to move beyond the idea of “crude coal.” He says we don’t buy crude oil at the gas pump, we purchase a refined product. Petroleum is used to make hundreds of daily-use products. Yet, we’re still largely using coal the same way we did centuries ago — we just burn it for energy.

Civic leaders point to Atlas Carbon as an early success story of economic diversification. Ford says the company’s refined coal is 50 to 80 times more valuable than the raw product. It’s early days though — the company, formed in 2014, has just 17 employees.

“That counts two guys I just hired today,” says Ford.  “So are we going to support hundreds of jobs here? No. But as far as the changing of the era of coal use, we're adding a lot of value and that's probably where things need to be headed,”

None of this is to say Gillette is giving up on traditional uses for coal and maintaining it as a source of jobs.

The state just opened the “Integrated Test Center” just north of Gillette to study the capture and storage of carbon emissions from a coal-fired power plant, continuing to look for ways to burn coal without emitting greenhouse gas pollutants. The Obama administration spent billions researching this, but carbon capture and sequestration remains economically unviable with lingering questions about the long-term underground storage of carbon.

Still, people in Gillette argue that we shouldn’t give up on the idea of “clean coal.” And, they argue that Wyoming coal, with its lower sulfur content, is cleaner-burning than coal from other parts of the globe.

And as much as environmentalists would like to move beyond coal right now, the modern world economy simply isn’t ready to be powered by renewable energy sources like wind and solar alone. But, more clean energy, in the form of wind, could soon be coming onto the electricity grid, thanks, in part, to Wyoming. 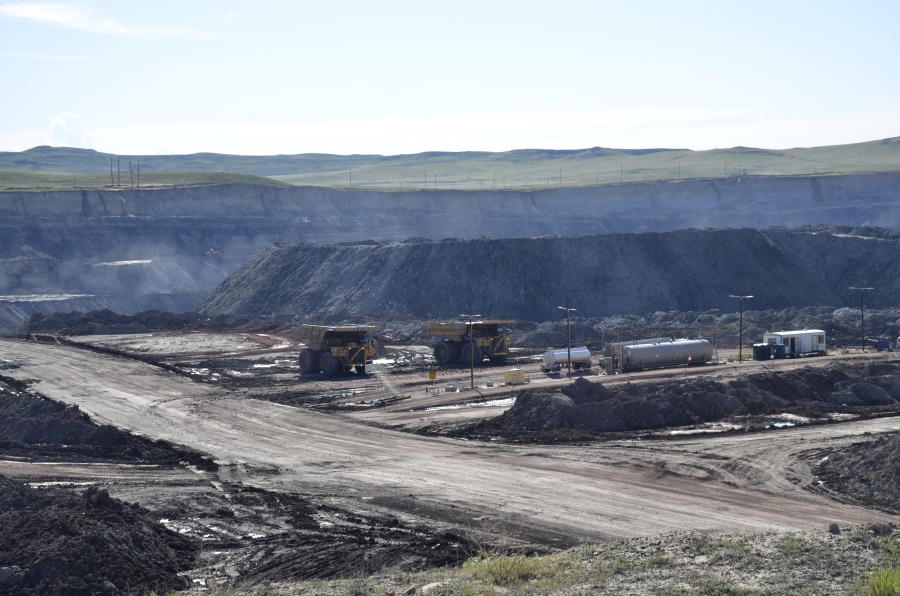 Gillette is surrounded by open pit coal mines — the Eagle Butte mine is just 8 miles north of downtown.