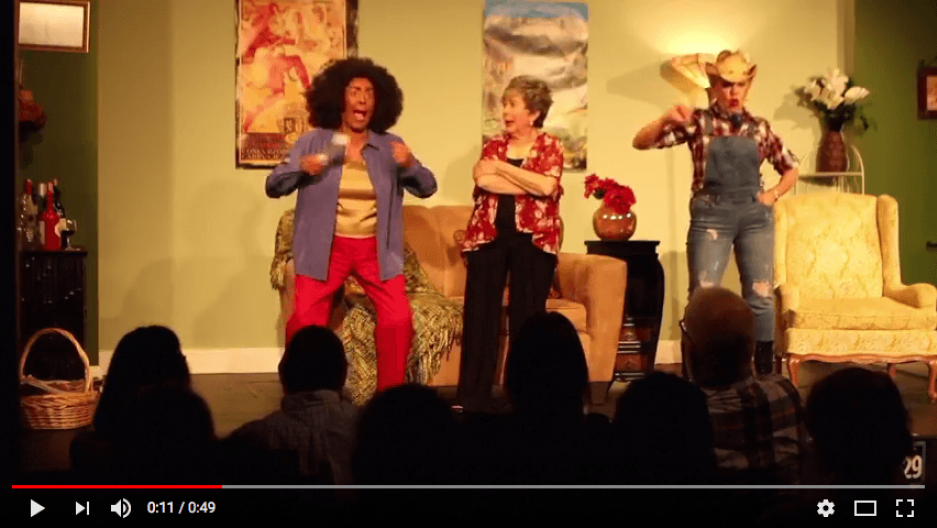 The promotional video for "Tres Viudas en un Crucero" (Three Widows on a Cruise) shows a fair-skinned actress smeared in brown makeup and overdrawn big red lips, pounding her chest and joking about having fun like gorillas. After public backlash, the play’s directors announced at the end of May that they would no longer show the character in blackface, though they initially defended the practice.

A Spanish-language play in Miami that's been showing since January, until recently, featured a character in blackface.

The promotional video for "Tres Viudas en un Crucero" (Three Widows on a Cruise) shows a fair-skinned actress smeared in brown makeup and overdrawn big red lips, pounding her chest and joking about having fun like gorillas.

After public backlash, the play’s directors announced at the end of May that they would no longer show the character in blackface, though they initially defended the practice.

Blackface, once popular in racist US minstrel shows, is still performed in Spanish-language entertainment. Afro Latinos in South Florida say the practice, and this latest incident in Miami, is a small window into the racism that persists in Latin American communities stateside and abroad. 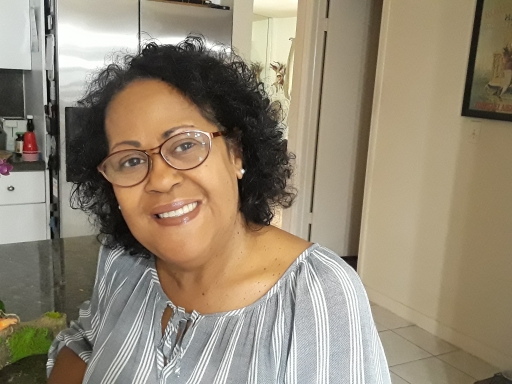 “It’s not that we’re offended now,” says Nerida Rodríguez about the use of blackface. “We’ve always been offended.” Rodriguez, 66, is Afro Cuban and grew up in Cuba. She says she isn’t surprised that director of a play in Miami didn’t see the problem with using blackface on stage.

“It’s not that we’re offended now,” says Nerida Rodríguez about the use of blackface. “We’ve always been offended.”

Rodríguez, 66, is Afro Cuban and grew up in Cuba. She says she isn’t surprised the play’s director, who is Cuban, didn’t see the problem.

“White Cubans, they tell you there was no racism in Cuba. There was and there is racism among the Cuban people.”

In a statement posted online over the weekend, Teatro Trail, where the play is showing, announced it will no longer show the character in blackface and that the work was conceived "without the intention of offending any race, creed, or social condition."

This change of heart came only after El Nuevo Herald reporter Brenda Medina wrote an article about the play which called out its use of blackface. After Medina’s story ran, some people expressed outrage over the character in blackface, but there were many who supported the play. Medina received emails calling her racist.

“As a black Dominican woman I have had personal attacks calling me ignorant, telling me I just don’t understand Cuban theater, telling me this story is racially charged coming from my racial trauma,” says Medina.

And supporters of the play kept telling her this was tradition, but Afro Latinos say the issue of how race is portrayed is bigger than a play. For them, it's part of a larger problem in Latino communities, where blackness is demonized and deemed inferior through art, entertainment and everyday conversations.

“I'm hoping that this is part of a larger conversation about intra-Latino racism and what the experiences are of black Latinos and how that experience seems to be invisible,” says Danielle Clealand, an Afro Puerto Rican professor at Florida International University who writes about Afro Latinos in Latin America and in the US.

Clealand says, though, that Afro Latinos push back. Earlier this year, Afro Brazilians protested blackface samba dancers and, in 2015, Afro Colombians successfully fought to have a blackface soldier removed from a popular Colombian television show.

“People are starting to really protest this and I think that Cubans in Miami just were not paying attention,” says Clealand, who noted protests against blackface or racist caricatures have erupted in Peru, Mexico and Ecuador. 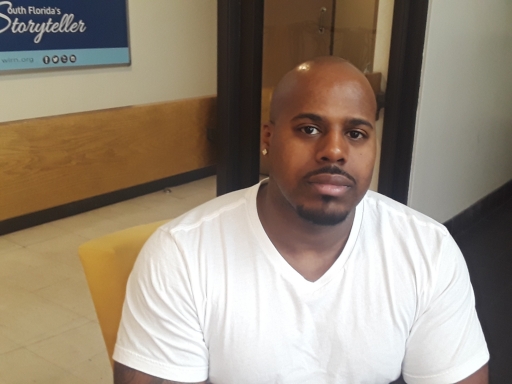 Rudy Vizcaino, chairman of the Dominican American National Foundation, says anti-blackness is so pervasive in Latin American communities that when racist incidents are brought to the fore, they’re often dismissed. But he fights back. “I always say I can be born a thousand times, and a thousand times I'd want to be black,” Vizcaino says.

Rudy Vizcaíno, chair of the Dominican American National Foundation, says anti-blackness is so pervasive in Latin American communities that when racist incidents are brought to the fore, they’re often dismissed.

“It's the denial," he says. “Everyone wants to paint a picture of this perfect utopia."

Some of the most offensive moments come not from outsiders, but people within his own community. Vizcaíno, who is Dominican and Cuban, has dark-brown skin. From the time he was a little boy his family members would tell him in Spanish that he “messed up the race.”

“Dominicans have a saying, 'mejorar la raza,'” says Vizcaino. “You make the race better by marrying and having children with white people,” an instruction to lighten the skin color of future generations.

Similar sentiments are common in other Spanish-speaking countries, too, and they plant the seed early on that black isn’t beautiful. Vizcaíno recalls wearing one his favorite shirts that reads, “I am the Afro-Latino American Dream.” His uncle, who is Cuban, told him to take off the shirt because he isn’t African.

Naiomy Guerrero, who is Afro Dominican, grew up with the nickname “negra bella,” or black beauty. Among her darker cousins, she was the lightest one, with more Eurocentric features. She used to think the nickname was a compliment until she got older.

Whether it's to discuss a play with a racist character or to network and make business connections, Rodríguez says Afro Latinos in South Florida are now organizing to make sure they have a voice.

"Enough is enough," she says. "We will start telling our own stories."