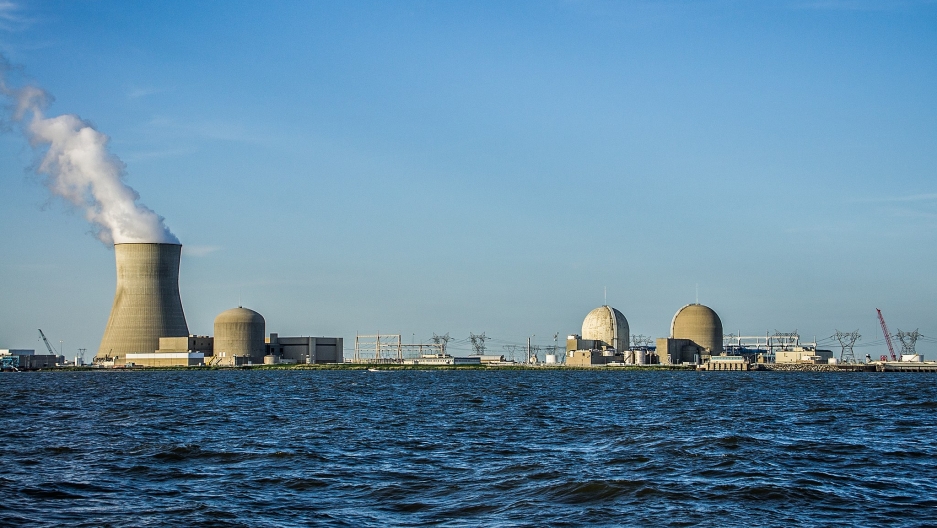 The debate over nuclear energy in New Jersey centers on whether to support existing nuclear power plants or shut them down, says David Roberts, a reporter for Vox who covers environmental issues. Among environmentalists, Roberts explains, those who believe fighting climate change is the primary goal want to keep nuclear power plants online, since they are relatively low carbon, compared to fossil fuels. On the other side are those who oppose the radioactive waste and, oftentimes, the corruption that comes along with nuclear power.

“The US environmental movement…was practically founded around opposing nuclear energy,” he says. “[But], approaching this as a climate hawk, if your main concern is carbon, then I just don't think you can afford to be cavalier about taking a bunch of zero-carbon power off the grid. And I think that's where Murphy came down.”

Nuclear energy is integral to New Jersey's economy, Roberts points out, accounting for about 40 percent of the state's power. More than 50 percent of the rest comes from natural gas. “Two very large nuclear power plants in a mid-size state is a big chunk of the economy,” he points out.

The two nuclear plants, Salem and Hope Creek, have no history of safety issues or other problems. But like the nuclear industry as a whole, they face a “tricky situation,” Roberts says. They’re slated to close becaus they are “getting killed” on the wholesale power markets. “They’re big, slow and expensive, and natural gas and renewables and efficiency are just outcompeting them,” he says.

In general, the nuclear industry is not asking for the same bailouts some states are offering to coal. But “they're not compensated for the environmental benefits of their power,” Roberts adds. “New Jersey is saying, ‘Rather than some sort of generic measure to bail out big base load plants, which is what the big base load plant owners want, let’s do something specifically for nuclear, specifically targeted at its environmental benefits.’”

Overall, Roberts says, Murphy is taking a “comprehensive, low-carbon approach” to New Jersey’s energy future. To do this, he proposed three bills:

• A second that gives a boost to offshore wind energy

• And the third, which subsidizes the nuclear plants.

While rejoining RGGI was a significant move, Roberts says, the boost in the renewable portfolio standard will actually do a lot more to reduce greenhouse gas emissions.

“RGGI is a price on carbon, but, as of right now at least, it's a relatively mild price on carbon,” he explains. “New Jersey joining RGGI is great in that it sends a signal; it makes RGGI bigger and stronger. But, in terms of the sort of direct significance to New Jersey's energy mix, these bills Murphy just signed are a much bigger deal.”