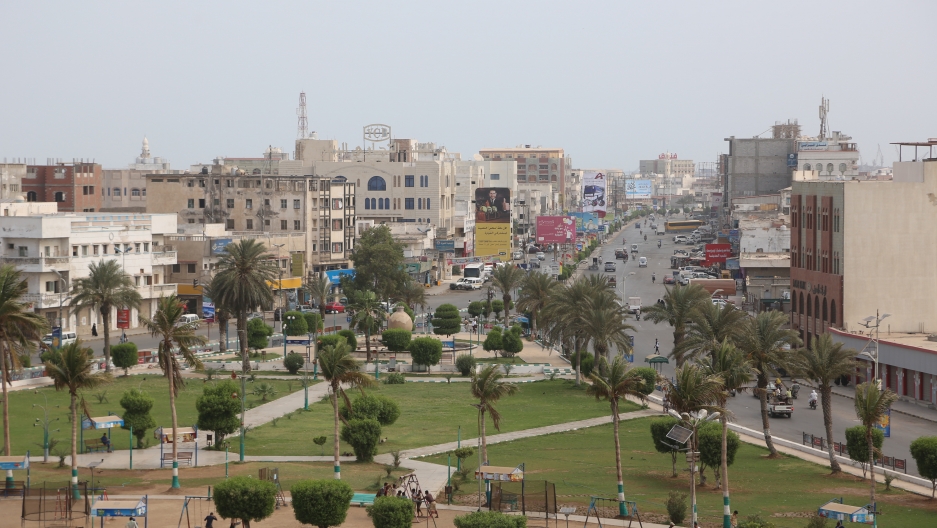 Residents of the Yemeni port city of Hodeidah have been anticipating a Saudi-led invasion for weeks. It may have just begun.

Naval warships from the Saudi-led coalition began firing on Hodeidah Tuesday night in what could be the first shots of a battle to drive out Houthi rebels that have held the city since 2014. Early reports indicate that rebels returned fire and that the warships retreated.

The United Arab Emirates has taken the lead in the effort to wrest Hodeidah from control by the rebel group Ansar Allah, known simply as the Houthis, which captured the port city when it seized control of most of Yemen in a military coup that began in late 2014.

As early as 2016, the exiled Yemeni government of President Abdrabbuh Mansour Hadi, the United Arab Emirates and Saudi Arabia were looking for US support, or at least acquiescence, for a military operation to take over the Houthi-occupied port. Earlier this month, media reported that the UAE had requested support from the United States for such a raid.

Wisconsin Representative Mark Pocan was not keen on seeing that happen, at least not without a debate in Congress. So he and 33 of his colleagues wrote a letter to Secretary of Defense James Mattis.

"We did this in about 48 hours, to be perfectly honest, because we didn't have a lot of time when we heard that there could be something happening." The letter asked Mattis to urge the UAE and its allies to step back.

"Our concern is ... the involvement of the US in something that has not gone through the proper process, which would be going through Congress. And if we are getting involved — and we have the potential of creating famine and death in a country — we need to make sure that we have every ability to effect any action ahead of time."

Secretary Mattis has yet to respond.

Over the weekend US Secretary of State Mike Pompeo issued a statement that neither supported an invasion nor condemned it.

"The United States is closely following developments in Hudaydah, Yemen," he wrote in a State Department press release. "I have spoken with Emirati leaders and made clear our desire to address their security concerns while preserving the free flow of humanitarian aid and life-saving commercial imports. We expect all parties to honor their commitments to work with the UN Office of the Special Envoy of the Secretary General for Yemen on this issue, support a political process to resolve this conflict, ensure humanitarian access to the Yemeni people, and map a stable political future for Yemen."

Pompeo left enough wiggle room for the UAE to comfortably announce its intentions to attack.

Related: Residents of Yemeni port city prepare for an invasion

Last week, The World spoke with people in Hodeidah who were preparing for a potential attack.

One resident, Hanadi, a humanitarian aid worker who asked that we use only her first name, lives in the city near the main road to the Hodeidah airport, several miles from the port. Earlier this week, after the UAE tipped off international NGOs that the assault was imminent, Hanadi emailed her staff to prepare: Either leave the city or lay in supplies, she told them.

“Dear employees,” she wrote in Arabic on Monday. “Provide your home for extra food: biscuits wheat, water, canned food and lights — minimum for two weeks. And it's better to let your families travel to the safe places such as villages, away from the risk areas. This is the priority to facilitate movement if the situation gets worse.” She ended her memo ominously: “God save our country and its innocent people.”

Reporter Iona Craig, who recently returned from Yemen, says word of the impending invasion caused panic buying in Hodeidah. "People I was speaking to were trying to go out and buy more food, get cooking gas and ... prepare for what they were worried was either going to be a siege or this military offensive on the city," she said. "So people were just holding their breath ... and even with this offensive having been launched, in the first few hours those coalition forces haven't actually been able to push their way into the city yet."

The Special UN Envoy to Yemen, Martin Griffiths was still trying to broker a peace on Wednesday. The Kingdom of Saudi Arabia's ambassador to the United States, His Royal Highness Ambassador Prince Khalid bin Salman, issued a series of tweets that outlined the benefits of a Houthi defeat. “Liberating Hodaidah will enhance the maritime security in the region which is crucial for the global economy," the prince said.

The liberation of Hodaidah is critical in light of the growing threat that the Iranian backed Houthi militia poses to the maritime security of the red sea, a vital waterway through which about 15% of international commerce passes.

Also on Wednesday,  a spokesperson for the National Security Council confirmed the Trump Administration's position. "The United States continues assisting Saudi Arabia and the United Arab Emirates in meeting their commitments to abide by the Law of Armed Conflict and avoid to the greatest extent possible the risk of civilian causalities during military operations," the statement said. "We expect all parties to honor their commitments to work with the UN Special Envoy and support a political process to resolve this conflict, ensure humanitarian access, and map a stable political future for Yemen.”

A report by the Wall Street Journal indicates that the US is becoming more involved in target selection for the Hodeidah offensive, a development that may raise further concerns in Congress. "I think it's important to point out that if the US does decide to step up military support even further," says Craig, "that brings on board other issues that could contravene the War Powers Act if Congress is not consulted."

"That's our biggest concern," says Pocan. "We want to make sure that Congress has a chance to debate and properly take a vote if we are going to be actively involved on the ground in another country that's not directly in conflict with the United States."

In Hodeidah on Wednesday, Hanadi reported some overflights by coalition jets, but no fighting in city streets. She indicated that residents were still holding their breaths, waiting for reality to catch up with rumor.

Arabic twitter, on the other hand, was tagging tweets with the word Hodeidah and posting celebratory images of the Saudi king, the crown prince, war planes and coalition soldiers.

This tweet, from a Saudi account, prays to God to assist coalition troops, “by land, sea and air … tie their hearts to victory, victory.” The image of soldiers is a stock photo. An actual beach assault has not taken place — yet.