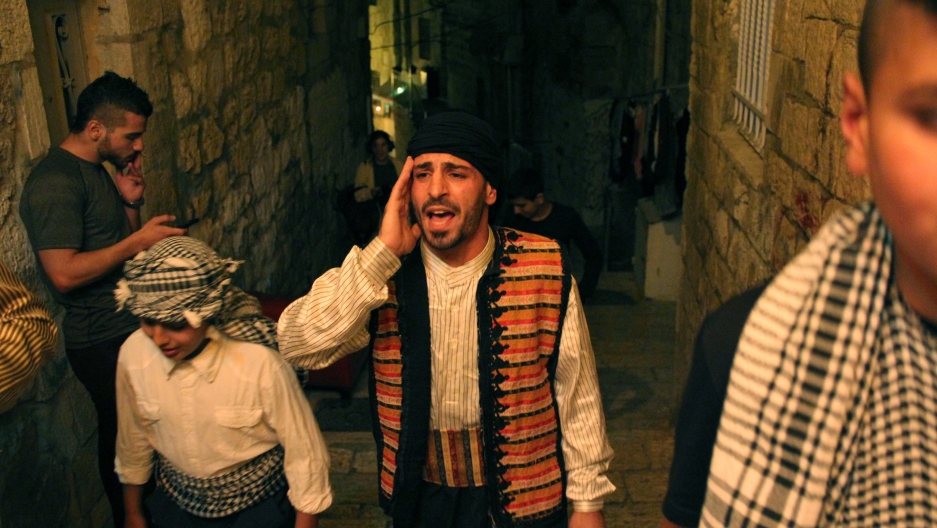 Young Palestinians in Jerusalem's Old City volunteer as public wakers, called musaharati, to sing and drum in city streets during Ramadan in an effort to wake Muslim worshippers ahead of their daily dawn-to-dusk fast.

At 3 a.m. in the Muslim quarter of Jerusalem’s Old City, a crew of four young Palestinian men sang, chanted and drummed in a chorus. The traditional Ramadan musical procession is called musahar. And they're musaharatis, or volunteers tasked with waking Muslim worshippers for their pre-dawn meal and prayer before the day’s fast.

The early morning wake-up call harkens back to days before alarm clocks and smartphones, yet it is still considered critical to the Ramadan spirit around the Islamic world. This year in Jerusalem, the ritual has faced new barriers as it becomes entangled in the city’s contentious religious and political divides.

Many Jewish residents of the Old City’s Muslim quarter consider the nightly carol an annoyance, and some have turned to police.

Musaharatis, like 26-year-old Mohamed Hagej, say they are being unfairly targeted by police for practicing the custom. Hagej has played the role of musaharati for three years, but never encountered trouble with police until this year. He says this Ramadan he’s been arrested by four times and has accumulated over 1,000 shekels in fines (about $280). 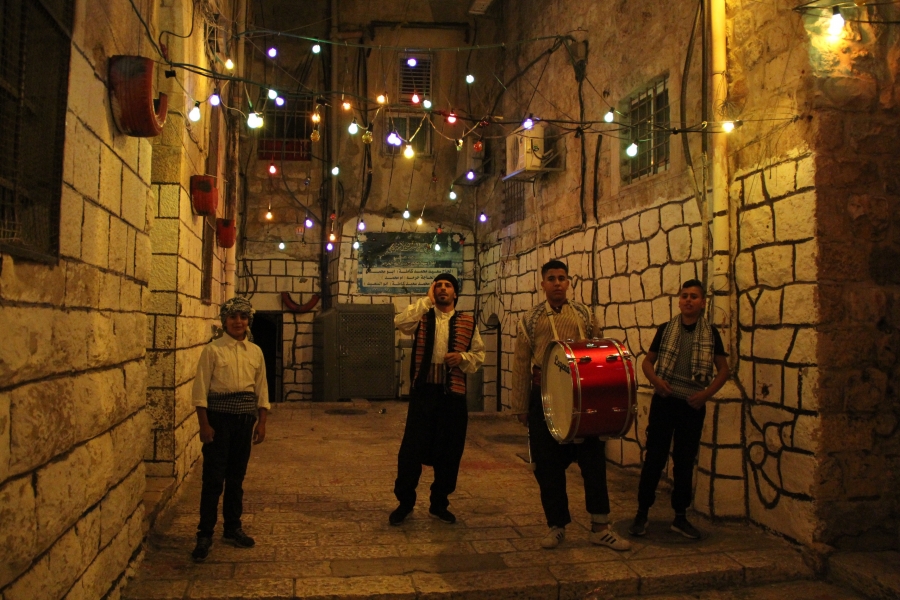 Musaharatis, or volunteers tasked with waking Ramadan worshippers for their pre-dawn meal and prayer before the day’s fast, say they are being unfairly targeted by police for practicing the custom.

“We inherit this tradition from generation to generation,” Hagej said, worried about the custom's future in Jerusalem. “Of course they are arresting us, because they want to ruin our custom that we have been following for years.”

Wearing a billowing silk shirt and embroidered vest, Hagej called out to families by name from their entryways in a traditional Islamic ballad to the beat of a bass drum. “Oh you who is sleeping, wake up and say God is one,” he sang. “Life does not last forever, so fast on Ramadan.”

But he fell silent as he approached a Jewish-owned building, fearing arrest.

Israeli police say they’re trying to strike a balance between religious freedom and public order, and are simply responding to noise complaints. “After complaints were made by residents of the Old City in connection to the noise, the police acted accordingly to stop the offense,” said police spokesman Micky Rosenfeld.

Jerusalem’s Old City is divided into Muslim, Jewish, Christian and Armenian quarters, where communities for the most part live separately. The Muslim Quarter in the Old City is home to about 30,000 Palestinians.

Around 1,000 Jewish Israelis, upward of 50 families, also live in the Muslim Quarter. They’re supported by nationalistic groups such as Ateret Cohanim that buy property and work to build a larger Jewish presence in the largely Muslim East Jerusalem, where Palestinians aim to establish the capital of their future state.

Many Jewish residents consider the nightly Ramadan ritual a nuisance. Eden Levy has lived in the neighborhood for nine months. “Yes, it really bothers us,” he said. “We have a similar holy month, the month of Elul, where we pray every night, but we don’t make noise in the streets.”

Some Jewish residents are more accepting of the early morning noise. One young woman, who prefers to go unnamed, said the musaharati doesn't bother her, and believes Muslims should be able to keep their traditions.

However some Palestinian residents, like Nasser Quos, a prominent Jerusalem activist, feel that US President Donald Trump’s move of the American embassy to Jerusalem has granted police new confidence in the city. Quos, who helps bail Palestinians out of jail, believes police in Jerusalem have been emboldened by Trump’s decision and are more confident in their provocation of Palestinians — including with the arrests of musaharatis.

Related: The right-wing origins of the Jerusalem soccer team that wants to add ‘Trump’ to its name

Yet the tradition of loud, pre-dawn drumming and singing isn’t universally cherished among Muslim residents. Sixteen-year-old Haisam Ismayid says he prefers to be woken up for the Ramadan fast by hand-picked music on his smartphone.

“The musaharati is old,” he said. “Now we’re in the modern age, and we don’t need the masaharati so much.”

With Ramadan nearing its end, Hagej says four other masaharatis have been arrested and many of them have decided the nightly rendezvous is not worth the risk. But he has looked forward to leading this musical tradition since he was a kid, and has no plans to quit.

Getting ready to begin his own fast, he said, “The best thing about doing this is waking people up for prayer, and I am proud to do it for the world and to make children smile.”