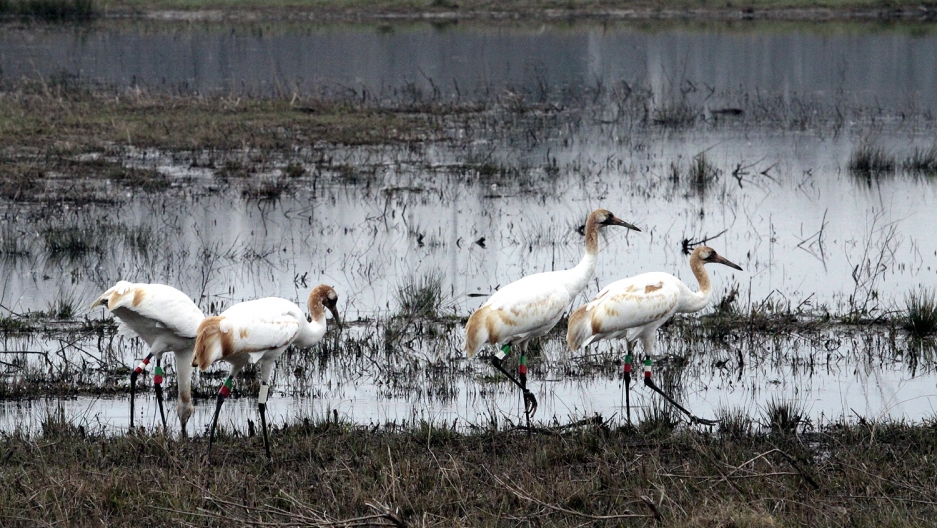 Wheeler Wildlife Refuge in Alabama is a major touchdown point for whooping cranes. Commercial pesticide use within the refuge threatens the birds' health and their ability to migrate safely.

A new report from the Center for Biological Diversity finds that chemical pesticides, totaling half a million pounds, are sprayed annually within some United States national wildlife refuges.

Agriculture is allowed on some national wildlife refuges to provide forage and habitat for many species, including birds, explains attorney Hannah Connor, who wrote the report. But along with crops like corn, soy and sorghum, comes a lot of pesticide use. Every region of the country, except Region 7, which is Alaska, allows this practice, Connor notes.

The chemicals include some “very problematic and well-known pesticides” such as dicamba, glyphosate, 2,4-D, and a pesticide called paraquat dichloride, Connor explains.

Glyphosate is harmful to monarch butterflies and 2,4-D is “volatile and highly prone to drift,” Connor says. “It can impact nontarget plants and freshwater fish and reduce available resources for pollinators. It's been known for exposures to amphibians and all sorts of other wildlife that rely on these wildlife refuges.”

Connor says that the report’s findings have caused some head-scratching among scientists, environmentalists and ordinary citizens.

“Universally, we've seen that people are shocked by these facts,” Connor says, “because spraying pesticides seems to miss the whole point of the wildlife refuge system. The cause for concern is just so obvious.”

Back in 1903, when President Theodore Roosevelt established the first wildlife refuge, farmers did not apply massive amounts of pesticides, so using the refuges for agriculture made sense: If somebody grew corn, for example, whatever didn't make it to market would be picked over by birds. But today, what's left over, apparently, are loads of pesticide residues.

Which raises the question: Is it possible to allow only organic agriculture inside wildlife refuges, as was the case back in 1903?

“I think it's very possible,” Connor says. “There are already refuges that practice organic and pesticide-free agriculture. The concern here isn't with agriculture as a practice; the concern here is with the pesticide use. The Fish and Wildlife Service, who manages these lands, definitely has the authority and the ability to make this change. They just have to have the will.”