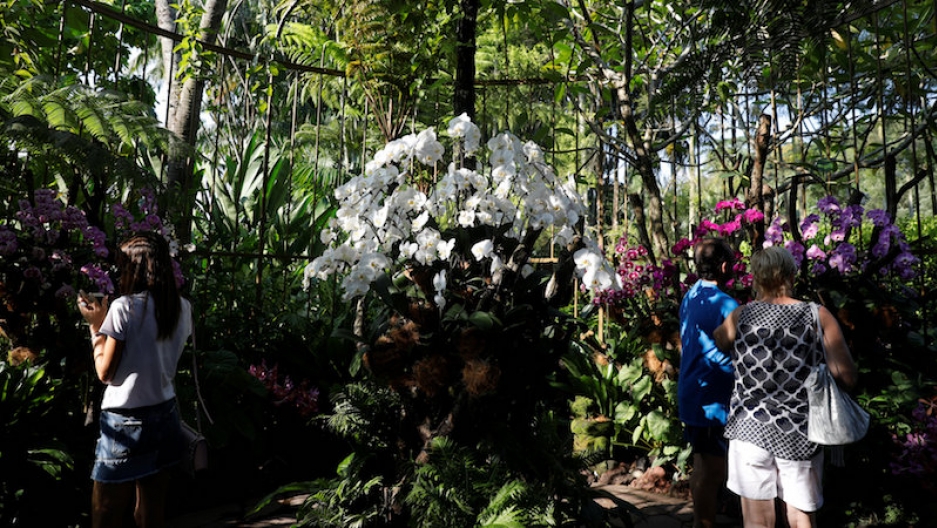 Heads of state, royalty and celebrities who visit Singapore often leave with a specially grown orchid, the national flower of the wealthy city-state, named after them.

Botanists, media and analysts are curious to learn if Singapore will extend its "orchid diplomacy" to US President Donald Trump and North Korean leader Kim Jong Un when they arrive on the island for Tuesday's historic talks.

Nicholas Fang, director of security and global affairs at think tank the Singapore Institute of International Affairs, said the host country might well do this on the sidelines of the event, as a gesture of goodwill and friendship.

"This kind of soft diplomacy is something that is uniquely Singaporean," said Fang. "Whether it will be one orchid for each of the leaders or one that marks the joint nature of the summit, we will have to wait and see."

The special orchids are displayed in the Botanic Gardens, the only such tropical site figuring on the world heritage list of culture agency UNESCO. It is just beyond the western edge of a special zone designated for the summit.

The June 12 event aims to start a discussion on ending the isolated and impoverished North's nuclear weapons program in return for diplomatic and economic incentives and bringing peace to the Korean peninsula.

Singapore has not yet made public any plans to present orchids to either leader.

Orchid diplomacy "plays an important role in building bilateral ties," says NParks, the agency that runs the gardens. More than 200 orchids have been named after dignitaries, it said last year.

Both Kim's father and grandfather have national flowers named for them — "Kimjongilia" and "Kimilsungia" — and carefully cultivated at a three-story exhibition hall in the North Korean capital of Pyongyang that opened in 2002.

But the current ruler is not known to have a flower named for him.

The latest orchid named in Singapore was the Dendrobium Narendra Modi, marking an official visit by the Indian prime minister this month.

British royals have several, with the most recent named for heir to the throne Prince Charles and his wife Camilla in 2017, while pop singer Elton John has his own.

"When Singapore names an orchid after a foreign leader, it is usually a hybrid orchid," said one of the staff at Woon Leng Nursery, which specializes in orchids.

"And a hybrid orchid is difficult to make — it takes at least five years. This is why it has become something rare and unique. There is just a lot of value in the process."