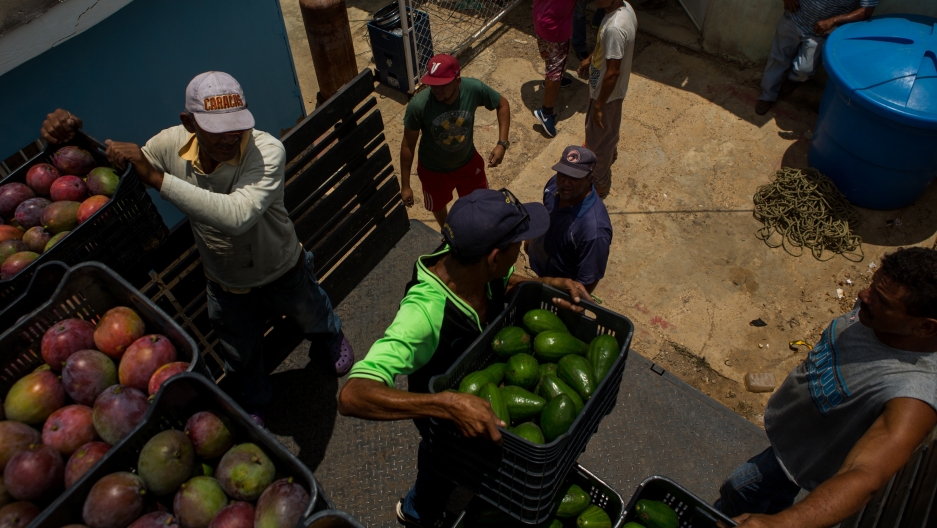 Workers unload produce for sale at a market in Caracas. It's increasingly hazardous work to drive a food delivery truck in Venezuela.

After 10 hours on the road from the central Venezuelan plains, Gregorio Pinanco reaches the capital, Caracas. It’s 6 a.m., but Pinanco says it’s already been a terrible day. The road was blocked and people tried to loot his truck. He rubs the fatigue from his eyes and starts unloading his precious cargo — 6,000 pounds of white Guayanés cheese.

In January, there were 141 lootings of Venezuelan businesses, according to the Venezuelan Observatory of Social Conflict, a human rights group. In April 2018, there were 91 protests over food shortages.

Transporting food in Venezuela has become an increasingly dangerous business as well. As prices surge amid a crippling economic crisis, hunger is pushing some people to target delivery vehicles.

“The situation has been terrible since food began to get scarce several years ago,” Pinanco says. “Hungry people will go out in search of something. Even if you are not a criminal, you have to find a way to eat.”

Despite the wrecked economy, widespread food, water and medicine shortages, and hyperinflation — which is expected to hit 13,000 percent this year — Nicolás Maduro secured a second term as president of Venezuela recently. His re-election on May 20 makes it seem unlikely that Venezuela will turn around its declining economy anytime soon.

Insecurity on the roads

Looters use tree trunks to block the highways, rocks to stop trucks and bits of metal to puncture tires. Pinanco says just a few months ago, a man hurled a rock through his windshield. When he stopped, more than 30 people climbed onto his truck.

Pinanco says he was able to escape, but his entire truck was damaged. “They smashed all of the windows,” he says. “My partner was seriously wounded in the head. Thank God we survived.”

Due to the increase in violence on the roads, truckers have started traveling in convoys. They flash their lights to signal potential trouble. And as much as possible, they drive during daylight hours.

But even when they're lucky and avoid attacks, Venezuela’s truck drivers face another hazard: police and soldiers who demand bribes at military checkpoints. 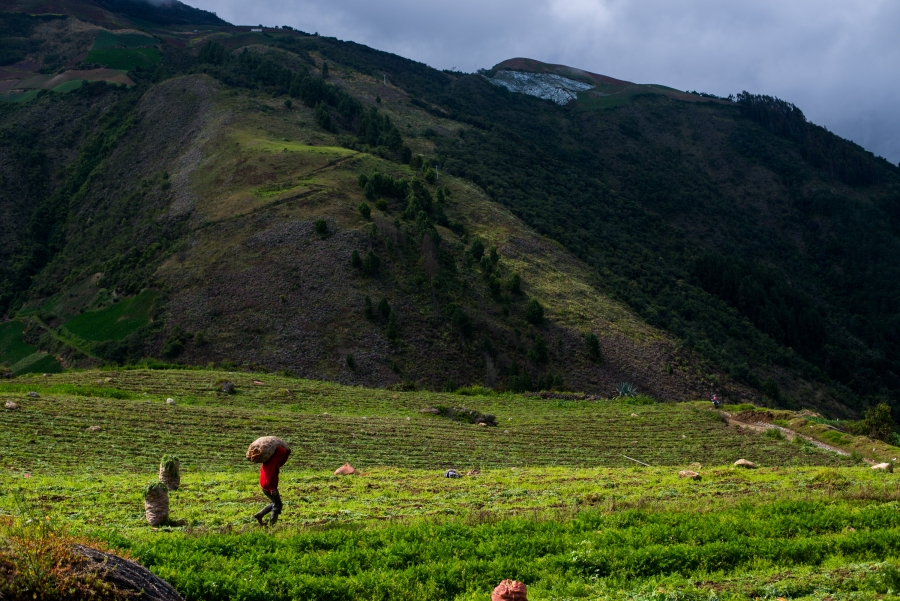 A ranch hand working at a farm in the central Venezuelan plains.

Transporting food isn't the only perilous job in Venezuela. Producing it has become dangerous too. Cattle ranchers say their farms are constantly being raided. People steal and slaughter their cows.

“In the past few days it has happened twice to me,” says Chara Melgarejo, a rancher and cheese producer in Apure state. “This year I lost 83 animals out of 800. That is a very alarming amount.”

Melgarejo says the insecurity means that farmers like him who live off site are reluctant to go out to their farms. He says that in his town, people are regularly killed in confrontations between thieves and ranch hands.

The loss of livestock isn’t the only cost. Melgarejo, 50, says the local government takes a percentage of his production. If he refuses, he says, officials threaten to seize his farm.

Back in Caracas, Pinanco has a three-day break before he has to take to the road again. He says every time he starts a new trip he knows he could be risking his life. He’s thought about quitting, but he says he can't afford to be unemployed now.

“I go to my house, see my family and wonder how we would survive,” he says. “I have to keep going.”

Pinanco says he’ll wait to see if anything changes after the election. And he continues unloading his truck.