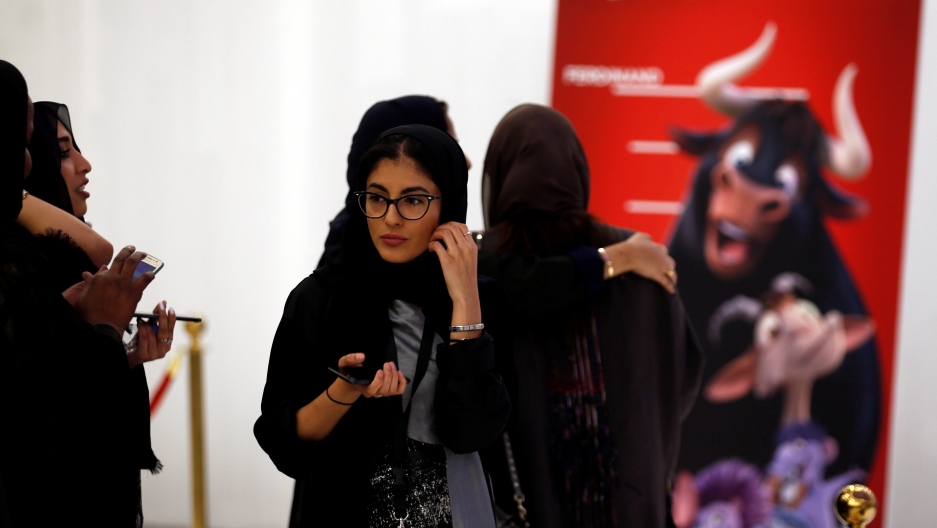 For a group of women's rights activists in Saudi Arabia, the first few days of the holy month of Ramadan have not brought forgiveness and compassion. On the contrary, they have been a time of silencing and intimidation.

The activists were taken away from their homes and placed in detention for campaigning against the driving ban and demanding an end to the male guardianship system in Saudi Arabia — the system that requires the consent of a male relative for major decisions such as getting a passport or traveling outside the Kingdom.

According to human rights group Amnesty International, at least 11 activists have been arrested since last Friday. Seven of them are women and four are men. By Friday, reports indicated that three of the women were released and another male activist was arrested.

The way these activists have been treated and portrayed in the media in the Kingdom has many Saudis and Saudi-watchers worried.

Pro-government media outlets published images of the activists, adding red stamps over their faces that read "traitor." The Saudi government says they have been detained on charges of suspicious contact with foreign authorities and undermining state security and stability.

Bessma Momani, who teaches at the University of Waterloo in Canada and has written about the region extensively, says these might sound like vague charges, but they could carry long and serious sentences. "The fact that it has become very securitized and put into a national security-type discourse does not bode well," Momani says.

Sarah Leah Whitson, executive director of Human Rights Watch for the Middle East and Africa Division, is also disturbed by these charges. "What the state media has accused them of is treason and unfortunately these charges carry sentences of up to 20 years in prison," she says.

Some of the activists have been pushing for change in Saudi Arabia for decades. Seventy-year-old Aisha al-Mana, for example, began speaking out against the driving ban in Saudi Arabia back in the 1990s. She was released on Thursday — some think due to her age and fragile health.

Another activist, Loujain al-Hathloul, has been an outspoken critic of the driving ban and guardianship laws for years and has been arrested and released on prior occasions.

Momani, the University of Waterloo professor, has met and written about al-Hathloul. She got to know her while researching a book about Arab youth who come to study in the West on state-funded scholarships. Al-Hathloul was one of those students.

"Loujain was very considerate, very articulate, bright young woman," Momani recalls, "and she basically wanted to talk about human rights. She was very nationalist, very proud of her Saudi heritage."

Momani was impressed with al-Hathloul's dedication to change in her country. She says al-Hathloul could have been "like many Saudis which are fleeing the country because they can't live in that kind of, frankly, medieval society. But she wanted to change that."

Moudi Aljohani, a Saudi women's rights activist, says she was shocked when she heard about the arrests. She describes how her own life was impacted by the restrictive guardianship rules in the Kingdom.

Four years ago, Aljohani received a scholarship from the Saudi government to study in the US. After a while, she decided to take a break and visit her family back home. But when she got there, her family refused to let her return.

"They were not happy of how Americanized I had become when I went to the United States," she says. "This is why they canceled my scholarship and then I was held against my will."

Aljohani spent roughly eight months at home. Her passport was taken away so she could not leave. She says during that time, she set herself a goal: to not be a prisoner in her own home.

"I was working every day toward that goal until I made them trust me again," she explains. She convinced her father to give back her passport and managed to make it back to the US, where she had to start from scratch. After a rough return, working odd jobs to make ends meet, she found a job at a marketing company.

Al-Johani says the arrests in Saudi Arabia "show that no one is immune. Any one who has any type of disagreement is going to be behind bars."

Meanwhile, the arrests come at a time when some of the strict rules against women in Saudi have been eased. Last September, for example, Crown Prince Mohammed bin Salman issued a decree that allows women to drive. The decree will be effective starting June.

Later on, the prince allowed women to enter sports stadiums for the first time. He let movie theaters open and a fashion show take place.

The young prince also toured the United States, meeting with four US presidents and dining with the likes of Oprah Winfrey, Rupert Murdoch and Tim Cook.

But Whitson, of the Human Rights Watch, says we shouldn't confuse the prince's foreign tours with social reforms at home. Abroad, she says, he is looking to sell a positive image of the Kingdom, one that's opening up. At home, it's a different story.

"Allowing a fashion show to take place [...] indicates that this crown prince is going to decide what sort of opening is permitted in the country within the narrow confines of what he decides is permitted," Whitson says. "So are movie theaters going to open in the country? Yes. Are Saudis going to be allowed to discuss and debate the movies? No."

Momani believes that with the recent arrests, the Saudi establishment wants to send a clear message to other activists: "That not only your activities futile, but you will not get to celebrate your so-called successes."

She adds that these arrests were carried out by design in order to prevent the women activists from taking credit for the lifting of the driving ban.

"It's a message that any reforms, if they come, will be top down and they will be at the choosing of the prince and his regime."