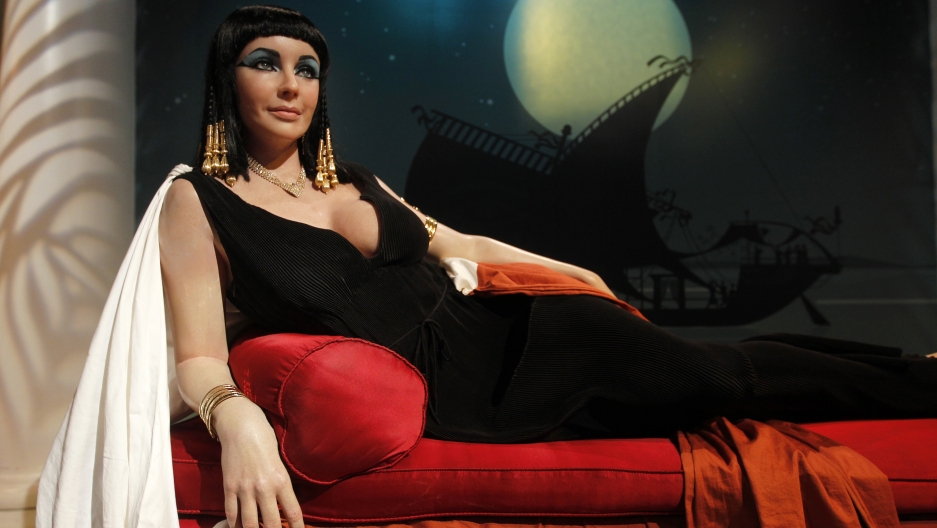 Cleopatra's straight hair set the beauty standard for Egyptian women, but today, Egyptian women are choosing to let their curls down.

Curly hair is beautiful. That may not sound like an especially revolutionary or bold statement but it is for many women in Egypt. That's because they've been told all their lives to straighten their naturally curly hair, sometimes by perfect strangers. But that societal stigma against curly hair seems to be easing up now. The World's host, Marco Werman, caught up with the BBC's Dina Aboughazala, who is Egyptian and curly-haired herself.

Marco Werman: Why have Egyptian women been pressured for so long to straighten their hair?

Dina Aboughazala: Well, I don't know why historically this happened but I can tell you that ... as a woman being raised in Egypt, I grew up knowing that being beautiful meant having straight hair and ... blonde would be better. That's almost everything that we Egyptian women do NOT have because Egypt lies in Africa and having this sort of dark skin, curly hair is the dominant feature really.

So, I would turn on the TV and see the commercials and they're all selling products for straight hair. You would see even the models used for these commercials having straight hair. Even soap operas or movies, or the actresses have straight hair. If we have a wedding in a family or it's even a party, it's a no-brainer for my parents and me to take me to the hairdresser to straighten my hair.

Does it extend to the workplace? Do you still find that kind of pressure?

Yes. One of the girls I interviewed actually reached the point where she decided to leave the country because of this kind of pressure. She tells me that for the first couple of months of her working in an Egyptian bank, someone from human resources would ask her to straighten her hair because her appearance is inappropriate.

Wow. She left Egypt because the pressure got too much?

Yes, I know it does sound extreme. Each and every one of us has a different breaking point. For her, this was a breaking point. She has this big thick hair curly, very curly hair. And every time she goes out of the house ... someone, some way or another, has to comment on her hair and she reached that point when she was so fed up and she couldn't take this anymore. And then she traveled to Spain and for the first time of her life she walked in the streets and no one commented on her hair. For the first time she didn't have to prepare herself for the comments ... and if she ever heard comments in Spain, they were actually positive comments.

But as you've been writing, it sounds like things are changing in Egypt?

Exactly. It all started with the creation of a Facebook group called the hair addicts. The woman who launched the group was actually mocked for her hair as a child and also went through this phase of having to straighten her hair constantly. She said that while doing this ... she researched how to protect her hair from the side effects or the damage that would happen as a result of heating her hair. Over the years, she accumulated this wealth of knowledge and she decided she could share this knowledge with other people. Now the group has more than 105,000 female members.

Simple tips. We really need to embrace our natural hair. Do not straighten it.

Big changes. Are Egyptian men also getting on board with this?

No. This is a movement led by women. The reaction from men is different. The biggest negative reaction comes from the older people. I think this is the big change for the older generation. They're not used to the idea of leaving your hair curly.

I'm guessing there's no turning back.

It's about your choice. We're giving you information and you make decisions for yourself. It's your choice.