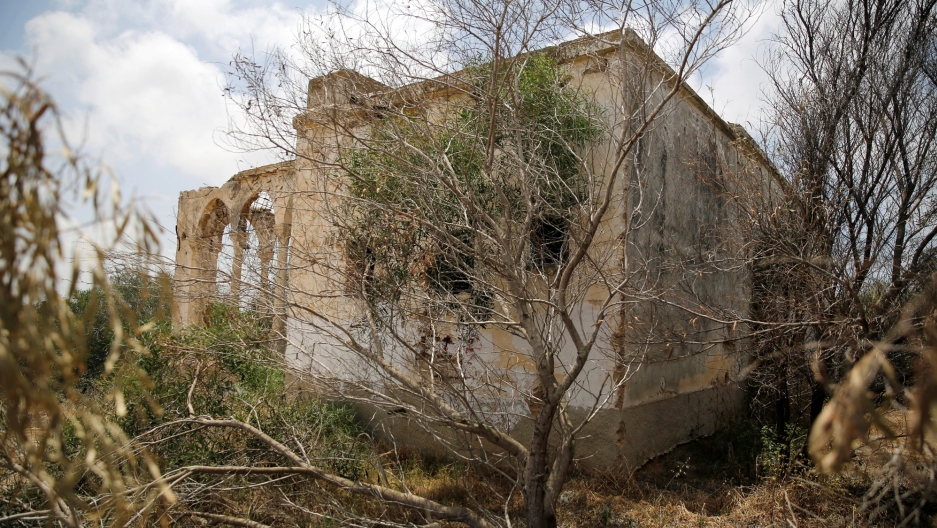 An old Arab building, which was part of the Palestinian village of Hiribiya, is seen in Kibbutz Zikim, Israel May 11, 2018.

Only seven miles separate the elderly Palestinian couple's first home from what may be their last, but the short journey is one they may never make again.

That is because one is a Palestinian town inside the blockaded Gaza Strip and the other no longer exists.

All that remains of Hiribiya, the village where Saber and Huda Deeb were born in 1940s colonial-era Palestine, are two old Arab buildings in an area that is now an Israeli kibbutz, Zikim.

Now grandparents living in Sheikh Radwan, the couple were only 6 and 6 years old when they were forced to flee Hiribiya and make the short but lifelong journey south to Gaza to escape the fighting between Jewish and Arab forces that marked the birth of the State of Israel 70 years ago.

Like two-thirds of Gaza's 2 million Palestinians, they are refugees, and may well remain so until they die.

But still they talk of the village as home.

"I dream of Hiribiya all the time, sometimes even while I am awake. I imagine the places where I used to hang around," said 78-year-old Huda Deeb. 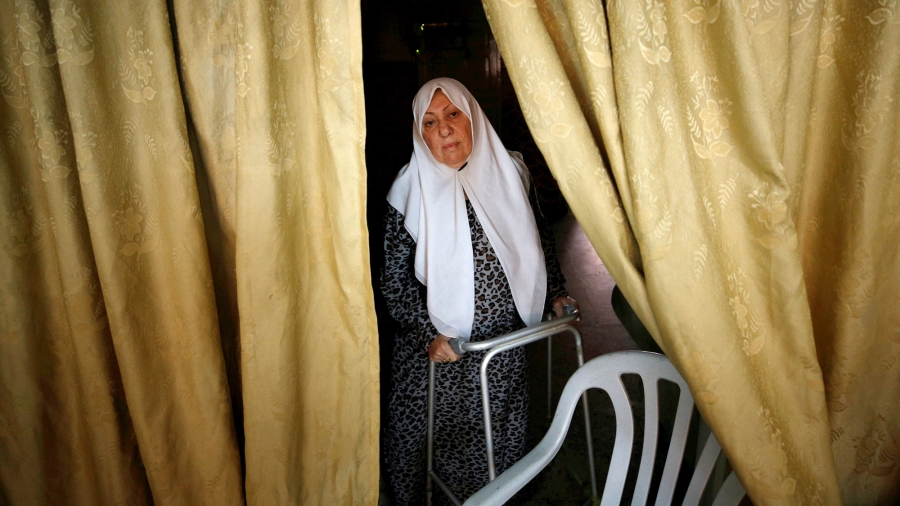 Palestinian refugee Huda Deeb walks in her house in Gaza City on May 9, 2018.

Her 76-year-old husband, a retired taxi driver, is no less effusive.

"Hiribiya is the bride of the north — vineyards, apples, grapes, guava, farms that you can't describe," he recalls.

Records show that more than 2,000 people lived in Hiribiya before 1945. There were also about 60 Jewish residents who lived in a cluster of houses on the edge of the village, said the father of 11, adding that they would come to his family's farm to buy fruit.

As a long-running Gaza border protest builds to a climax in the coming days, it is the passing down of memories such as these that fuel the demonstrations.

May 14 is the 70th anniversary of the creation of the state of Israel in the western calendar. The following day is when Palestinians traditionally commemorate the events of 1948 as the Nakba, or Catastrophe, when hundreds of thousands of Palestinians were dispossessed.

The protest campaign, dubbed The Great March of Return, began on March 30 and has revived a longstanding demand for the right of return of Palestinian refugees to their former towns and villages.

Successive Israeli governments have ruled out any right of return, fearing the country would lose its Jewish majority.

For the young, the right of return is a principle. But for those who can remember pre-1948 Palestine, it is more tangible.

The Deebs, who say they have about 200 grandchildren, can see up the coast from Gaza's beach and have visited Hiribiya since 1948, before Israel built the barrier that seals off Gaza from the coastal road north to Ashkelon and Tel Aviv.

Saber's first post-war visit was with his sister, shortly after they arrived in Gaza, when they took a donkey ride to fetch vegetables from their old farm. Years later he went back with some of his own children. 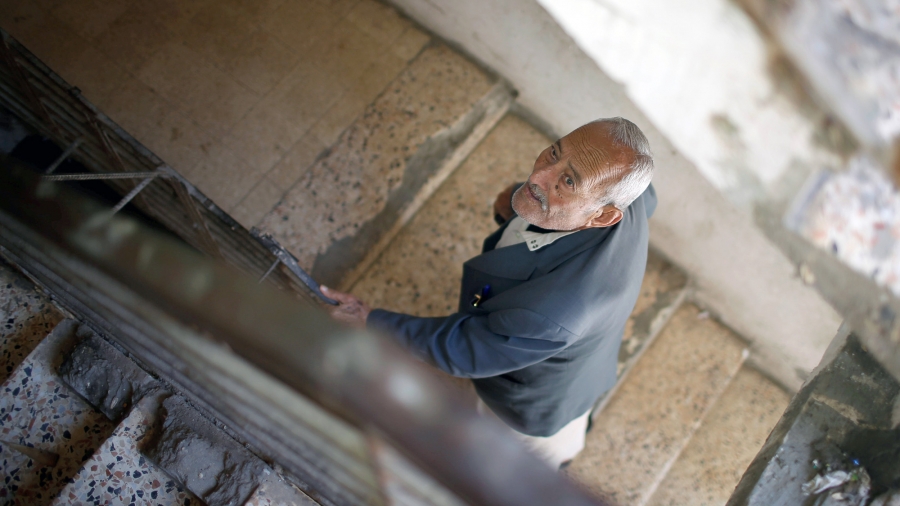 Palestinian refugee Saber Deeb walks up the stairs of his house in Gaza City on May 9, 2018.

"I took my wife and the girls, they wanted to taste the cactus fruit, the grape and the figs," said Deeb. "Not because we don't have them in Gaza, but because they wanted to eat from our land, back home."

Not all their memories are happy.

Saber said he watched as convoys of Palestinians filed through Hiribiya, one of the last places to evacuate, en route to Gaza and a new life as refugees.

"The (Israeli) plane dropped barrels (of explosives) and we used to hide in the vine fields," he said.

Now, 70 years later, one of their grandsons has been wounded at border protests.

He was among thousands at the tented encampments that have sprung up at the Gaza-Israel frontier. Most of the demonstrators have remained hundreds of yards from the restricted zone near the Israel fence, but some have advanced toward the border to hurl stones, roll burning tires at the fence and launch kites with gasoline to set Israeli fields ablaze.

More than 40 Palestinians have been killed and hundreds wounded by Israeli troops, with Israel's lethal response drawing international criticism from human rights groups.

The Israeli government says it is protecting its borders and that its troops are following rules of engagement.

The Deebs, meanwhile, are unwavering in their support.

"(The protests) make them (the Israelis) realize there are people demanding their homeland," Huda said