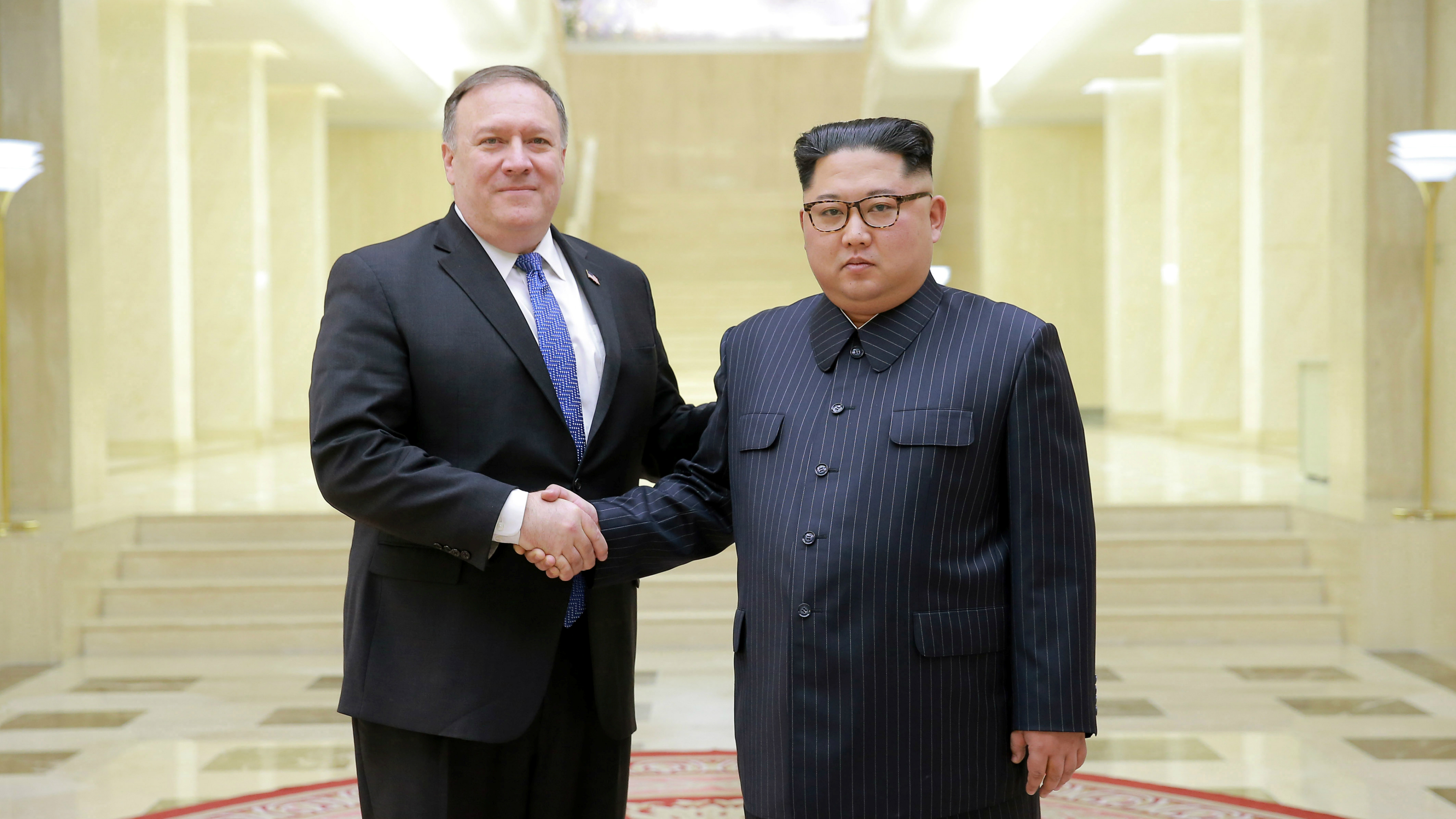 Pulling out of a nuclear accord with one nation is probably not a great move when you’re trying to negotiate a new nuclear deal with another. Or maybe it’s just what Kim Jong-un wants.

Just weeks before he’s set to meet the North Korean leader in Singapore, President Donald Trump announced his controversial decision to withdraw from the Iran nuclear deal on May 8. And though Trump had promised to exit the Obama-era arrangement since his campaign days in 2016, pulling the trigger so close to his face-to-face meeting with Kim could set a weary tone for nuclear negotiations — or it could turn up the pressure on both countries to reach an agreement.

Deal or no deal, America’s diplomatic partners are watching.

“It’s really unfortunate,” said Jenny Town, assistant director of the US-Korea Institute at Johns Hopkins University and managing editor of 38 North. “It damages US credibility in the international community.”

Officially signed in 2015, the Iran nuclear deal limited the nation’s stockpile of enriched uranium (a key nuclear bomb ingredient), along with the nuclear centrifuges used to enrich the uranium in the first place. The deal also put an end to a plutonium facility that could create bomb fuel and established regular inspections to make sure Iran was keeping up its end of the deal.

Several other nations, including China and Russia, are still a part of the Iran deal. But the Trump administration seems to be using its own exit from the deal to signal North Korea that Trump has genuine, but high expectations for a denuclearization deal. As National Security Advisor John Bolton put it during a May 8 White House press briefing, “The message to North Korea is the president wants a real deal.”

There is a risk to that message.

North Korea may take Trump’s withdrawal from the Iran deal as a sign that the US is willing to break its promises after settling on a denuclearization plan. South Korean newspapers, such as the Hankyoreh, have raised concerns that North Korea views Trump as untrustworthy, citing his unilateral decision to retreat from both the Iran deal and the Paris Agreement on climate change. Meanwhile, Yonhap News speculated that the broken Iran deal could give North Korea a “convenient excuse” to let nuclear negotiations fall apart.

Trump’s withdrawal could suggest to Kim that the US will pursue a hard-line vision for what a denuclearization agreement with North Korea would look like. That vision may not play out well with Kim, who sees his arsenal as the great protector of North Korean sovereignty (and his dictatorial regime).

“Trump and the White House are saying that the Iran deal does not provide the complete sense of denuclearization that Trump is trying to tease out of North Korea,” said C. Harrison Kim, an assistant professor at the University of Hawaii at Manoa and an expert on East Asian socialism and North Korea. “But in reality, I think many experts agree that the Iran deal was a very realistic, workable deal. I am puzzled because, if the Iran deal is not something that Trump can live with, then what kind of denuclearization is he going to accept?” 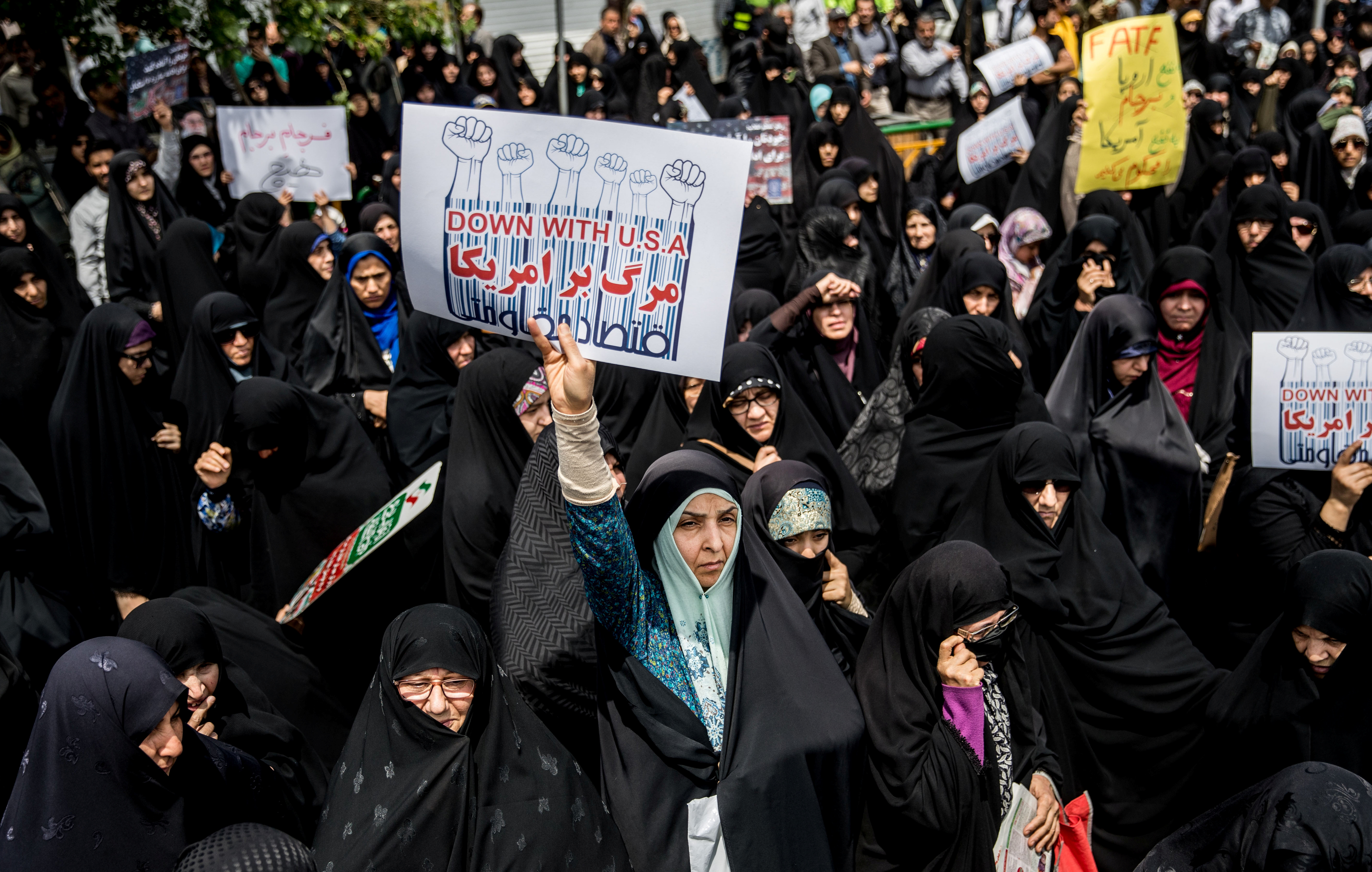 Iranian women gather during a protest against President Donald Trump's decision to walk out of the 2015 nuclear deal, in Tehran, Iran, May 11, 2018.

Yet there’s also the possibility that Trump — who has branded himself as a deal-maker on the campaign trail — may still bend to North Korea if it means he gets to take home the trophy. Roughly 63 percent of respondents in a recent CNN poll believe that the US should have stayed in the Iran nuclear deal, while 57 percent of respondents to a CBS News poll say they don’t know enough about it to have an opinion. Given that Trump has maintained relatively low approval ratings, reaching an agreement with North Korea is a desirable win — especially after witnessing Moon’s approval rating skyrocket to 83 percent after the inter-Korean summit.

“The American public, especially here in Washington, is responding very negatively to this decision [to withdraw from the Iran nuclear deal],” Town said. “So, you do have a sense that Trump is going to be very eager to bring home something of his own — a nuclear program success.”

Long before North Korea achieved nuclear status and showed the world that it could send ballistic missiles to the US mainland, a deal was struck to end its nuclear program. In 1994, world leaders signed the Agreed Framework, which dictated that North Korea would halt its nuclear development in exchange for aid like fuel and food. But the deal fell apart by the end of 2002 once it was revealed that North Korea still secretly pursued nuclearization. The US was also guilty of dragging its feet on delivering aid it promised to the North, which didn’t help.

So, as far as precedent goes, a denuclearization deal between Trump, Kim and Moon may not last forever. In reality, Kim Jong-un may be expecting any future agreement to also fall apart — just as it did between the US and Iran.

“The thing is, North Korea already knows that these types of agreements tend to fall apart from one [presidential] administration to the next in both the US and South Korea,” Town said. “The Agreed Framework was put together already a year [into] the negotiation process. So, if it takes six months or two years to work out the details, you’re already in the election year by the time you get to an implementation phase.”

Nevertheless, even a crumbled denuclearization deal between the US and North Korea could still work in Kim Jong-un’s favor. Imagine a scenario where North Korea makes small concessions up front, such as giving up its missile testing site or freezing the production of nuclear bomb materials. That cooperation could further reshape Kim’s public image as cooperative and peace-seeking — even if negotiations fizzle out several months or years down the line.

“Being in a negotiation process will [allow] North Korea to improve its international reputation,” Town said. “When they’re not being provocative, it gives them a lot of leverage with China, Russia and South Korea.”

If North Korea plays its cards right, it could even mean a lift in sanctions.

All of this, however, assumes that leaders from North Korea, South Korea and the United States even reach the point of sketching out the finer details of denuclearization. So far, all Trump and Kim have agreed to is a single meeting in Singapore — and like the April 27 inter-Korean summit, much of that day will probably be kept to mere pleasantries.

“Everyone has been very eager to take advantage of this opportunity. The US and South Korea is guilty of making this such a media spectacle,” Town said. “But are we having real talks right now, or are we just watching political theater? That’s the big fear right now.”