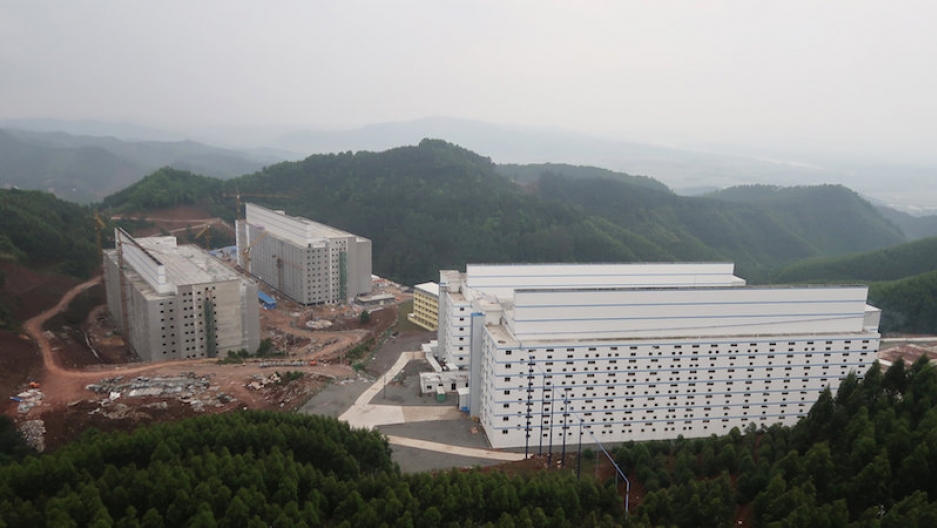 On Yaji Mountain in southern China, they are checking in the sows a thousand head per floor in high-rise "hog hotels."

Privately owned agricultural company Guangxi Yangxiang Co Ltd is running two seven-floor sow breeding operations, and is putting up four more, including one with as many as 13 floors that will be the world's tallest building of its kind.

Hog farms of two or three floors have been tried in Europe. Some are still operating, others have been abandoned, but few new ones have been built in recent years, because of management difficulties and public resistance to large, intensive farms.

Now, as China pushes ahead with industrialization of the world's largest hog herd, part of a 30-year effort to modernize its farm sector and create wealth in rural areas, companies are experimenting with high-rise housing for pigs despite the costs. The "hotels" show how far some breeders are willing to go as China overhauls its farming model.

"There are big advantages to a high-rise building," said Xu Jiajing, manager of Yangxiang's mountain-top farm.

"It saves energy and resources. The land area is not that much but you can raise a lot of pigs."

Companies like Yangxiang are pumping more money into the buildings — about 30 percent more than on single-story modern farms — even as hog prices in China hold at an eight-year low.

For some, the investments are too risky. Besides low prices that have smaller operations culling sows or re-thinking expansion plans, there is worry about diseases spreading through such intensive operations.

But success for high-rise pig farms in China could have implications across densely populated, land-scarce Asia, as well as for equipment suppliers.

"The higher ones are still an exception, but the future might change rapidly," van Issum said.

A worker waits for an elevator to transport young pigs out of Guangxi Yangxiang's high-rise pig farm.

Yaji Mountain seems an unlikely location for a huge breeding farm. Up a narrow road, away from villages, massive concrete pig buildings overlook a valley of dense forest that Yangxiang plans to develop as a tourist attraction.

The site, however, is relatively close to Guigang, a city with a river port and waterway connections to the Pearl River Delta, one of the world's most densely populated regions.

While Beijing is encouraging more livestock production in China's grain basket in the northeast, many worry that farms there will struggle to get fresh pork safely to big cities thousands of miles away.

That has helped push some farm investments to southern provinces like Guangxi and Fujian, where land is hilly but much closer to many of China's biggest cities.

Yangxiang will house 30,000 sows on its 11-hectare site by year-end, producing as many as 840,000 piglets annually. That will likely make it the biggest, most-intensive breeding farm globally. A more typical large breeding farm in northern China would have 8,000 sows on around 13 hectares.

In Fujian province, Shenzhen Jinxinnong Technology Co Ltd also plans to invest 150 million yuan ($24 million) in two five-story sow farms in Nanping. Two other companies are building high-rise hog farms in Fujian as well, according to an equipment firm involved in the projects. 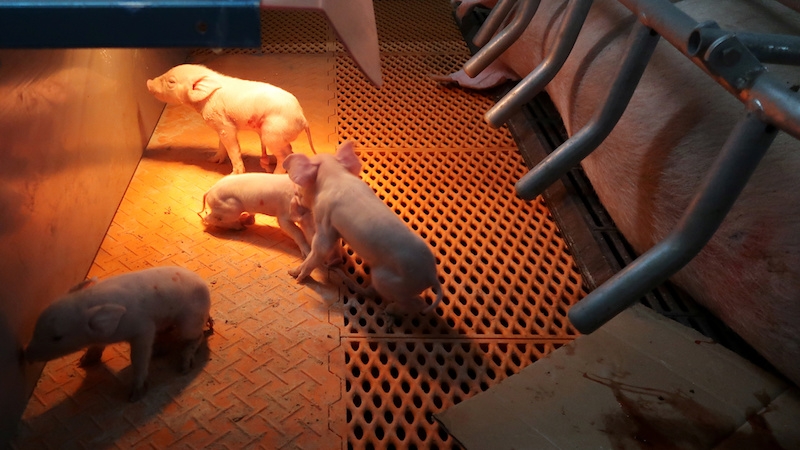 Yangxiang spent 16,000 yuan per sow on its new farm, about 500 million yuan total, not including the cost of the pigs.

"It would save on land but increase the complexity of the structure, and costs for concrete or steel would be higher," he said.

Health concerns also raise costs, because the risk of rampant disease — an ever-present problem in China's livestock sector — is higher with more animals under one roof.

Even two-story farms in Europe have sparked worries that pigs will receive less care, said Irene Camerlink, an animal welfare expert at the University of Veterinary Medicine in Vienna who has worked with Chinese farms.

Any outbreak of disease could lead to extensive culling, she said.

Farm manager Xu said Yangxiang reduces the risk of disease by managing each floor separately, with staff working on the same floor every day. New sows are introduced to a building on the top floor, and are then moved by elevator to an assigned level, where they remain.

The ventilation system is designed to prevent air from circulating between floors or to other buildings. Air enters through ground channels and passes through ventilation ducts on each level. The ducts are connected to a central exhaust on the roof, with powerful extraction fans pulling the air through filters and pushing it out of 15-meter high chimneys.

A waste treatment plant is still under construction on Yaji Mountain to handle the site's manure. After treatment, the liquid will be sprayed on the surrounding forest, and solids sold to nearby farms as organic fertilizer.

The project's additional equipment — much of it imported — to reduce disease, environmental impact and labor costs, significantly increased Yangxiang's spending, the company said.

But after testing other models, Yangxiang concluded the multi-story building was best. Others are less convinced.

"We need time to see if this model is do-able," said Xue of the farm management firm, adding that he would not encourage clients to opt for "hog hotels."

"There will be many new, competing ideas (about how to raise pigs in China)," Xue said, including high-rise farms.

Eventually, "a suitable model will emerge."