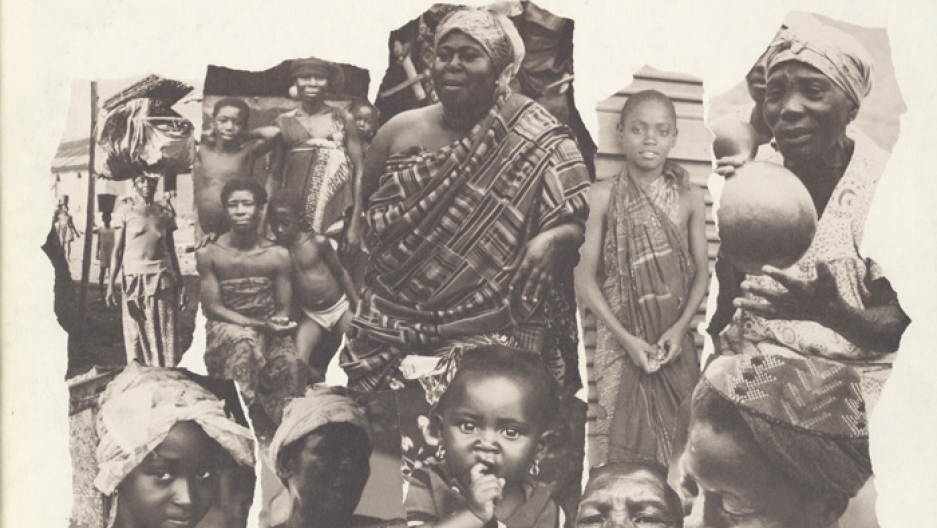 "Traditional Women’s Music from Ghana," released in 1981, features songs and dances attributed to women of the Ewe, Fanti, Ashanti and Dagomba societies. In these societies, only women perform these songs using instruments and techniques that have been designated appropriate for them.

If you haven’t heard, Mother’s Day is this weekend.

And at this point, maybe you’re panicking and trying to find same-day delivery for decadent chocolates and fragrant flowers. Or maybe you’re steeped in the semi-patriotic proclamation of the holiday's origin.

In 1870, Julia Ward Howe — the abolitionist and poet known for "Battle Hymn of the Republic" — wrote a proclamation that denounced the deaths of sons and husbands in the American Civil War and Franco-Prussian War. It was a Mother’s Day dedicated to peace.

In the proclamation she calls on women to unite for the sake of peace:

Arise, then, women of this day! Arise all women who have hearts, whether our baptism be that of water or of tears! … We women of one country will be too tender of those of another country to allow our sons to be trained to injure theirs. From the bosom of the devastated earth a voice goes up with our own. It says “Disarm, disarm! The sword of murder is not the balance of justice."

For most, civil war and geopolitics are not necessarily go-to thoughts when Mother’s Day comes around. But bringing women together and building them up should be.

"Traditional Women’s Music from Ghana," an album from the Smithsonian Folkways recording, is a record that captures songs about joy, healing, gathering and teaching.

According to the liner notes from Smithsonian Folkways, the women recorded on this album used music spaces to not only perform but also to advise younger women in times of death and new motherhood.

In the song "Ashanti," by the Domenasai Women, they sing in praise of good men. Well, praise of the men they hope to raise.

There are voices both near and far, and all of them riff on the rhythm. At times, a murmuring of women can be heard. Not everyone is necessarily singing but they are present — engaged in the message or clapping along.

There is an uplifting tone to the song but it still harbors a slightly dark message. They sing in rounds and the steady beat encourages one to join in clapping or hitting against one's waist and hips.

But they sing in rounds, “When I give birth my firstborn child will be a male, who will give me a befitting burial for my death.”

Throughout the song, they assert their influence in motherhood over men and assume responsibility for empathy.

On the B-side, however, Hello World Choir compares in a different way. This choir from Cairo, Egypt, does not sing about raising sons, but about a tree in their backyard that symbolizes growth and stability.

“Shagara,” or "tree" in Arabic, is a song also organized in rounds with layers of percussion. And these women have also come together to give voice to women and girls. That’s one aspect of their choir.

In 2015, Tadamon Community Center (Egyptian Refugee Multicultural Council) formed the choir. In weekly workshops, the women and girls, ages 11 to 27, explored ways that women express themselves through language and music.

The group draws upon Sudanese folk, pop and electronic music. They sing in both Arabic and English about socio-political issues. “Shagara” is a traditional Sudanese song with a twist, accompanied by acoustic and electric guitars that meld ethereal sounds and strength throughout.

Rush shipping worries aside, Mother’s Day can bloom into a wonderful act of celebrating women and mothers. It can be a day to gather with women with the confidence to end socio-political issues and maybe even a war or two.