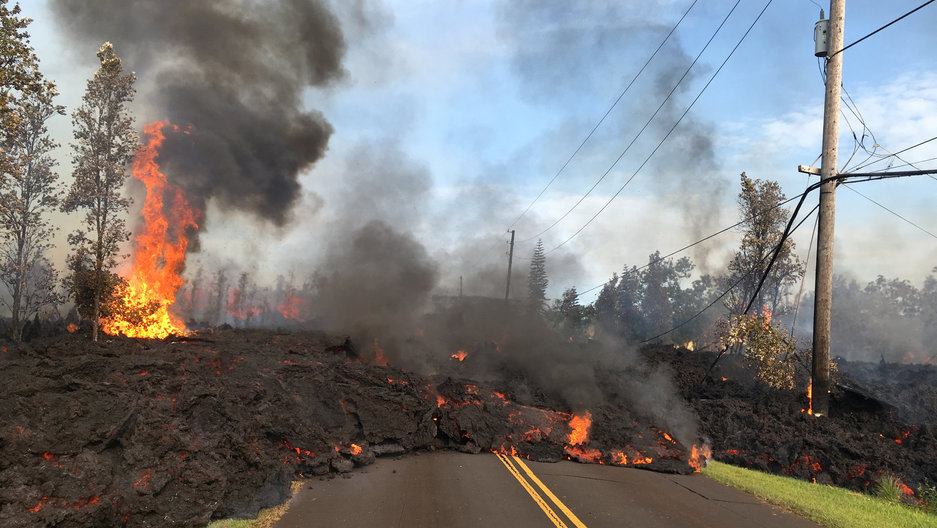 Lava advances along a street near a fissure in Leilani Estates, on Kilauea Volcano's lower East Rift Zone, Hawaii, May 5, 2018.

Courtesy of US Geological Survey

Nearly 2,000 people on Hawaii's Big Island have been evacuated from homes after lava eruptions destroyed five houses and sulfur dioxide gas threatened to harm anyone who stayed in the residential area, officials said.

A new fissure spewed lava up to 230 feet (70 m) into the air and new cracks opened on a highway in the Leilani Estates area, about a dozen miles (19 km) from where the Kilauea volcano erupted on Thursday, the Hawaiian Volcano Observatory said in a statement on Saturday.

The southeast corner of the island was rocked by a 6.9 tremor on Friday, the strongest since 1975, and more earthquakes and eruptions were forecast, perhaps for months to come.

Around 1,500 homes have been evacuated in a small rural area since fissures began spewing out steam, lava and sulfur dioxide which can be life threatening in high levels, according to the Centers for Disease Control and Prevention.

No injuries or deaths were reported.

"Those remaining in Leilani and Lanipuna Gardens and along Pohoiki Road need to prepare to leave because if the winds change, you could be gassed," warned Hawaii County Council member Eileen O'Hara in a Facebook post.

The rest of the island and state were conducting business as usual with no impact to flights to tourism centers, state officials said.

"The area where lava is coming to the surface is very far from resort areas,” said George Szigeti, president and CEO of the Hawaii Tourism Authority.

Although no significant lava flows have yet formed, additional outbreaks of lava, which can reach temperatures of about 2,100 degrees Fahrenheit (1,150 Celsius), were expected, the Hawaii County Civil Defense Agency said.

"Now we are just trying to make plans for the future," she said. "There is no telling when or if we'll ever be able to go back in."

Kilauea, one of the world's most active volcanoes and one of five on the island, has been in constant eruption for 35 years.

US Representative Tulsi Gabbard of Hawaii, a Democrat, called on federal officials to quickly respond to needs such as short- and long-term housing and infrastructure repairs.

Gabbard said more than 1,800 residents in Leilani Estates and Lanipuna Gardens had been ordered to leave their homes since Thursday. 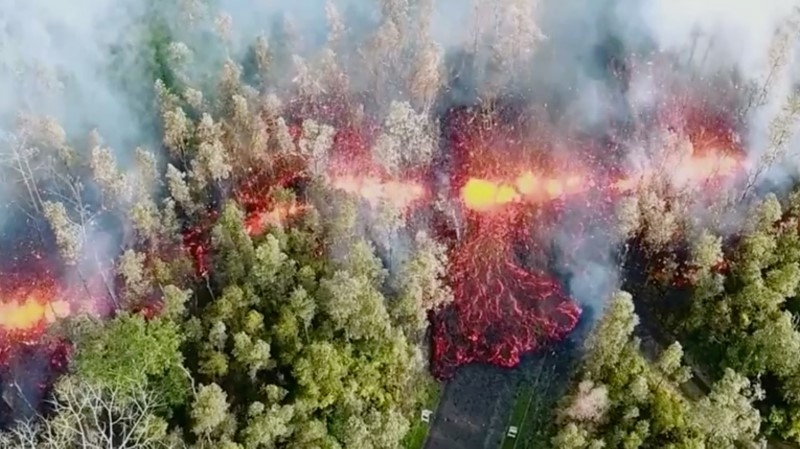 Lava emerges from the ground after Kilauea Volcano erupted, on Hawaii's Big Island May 3, 2018.