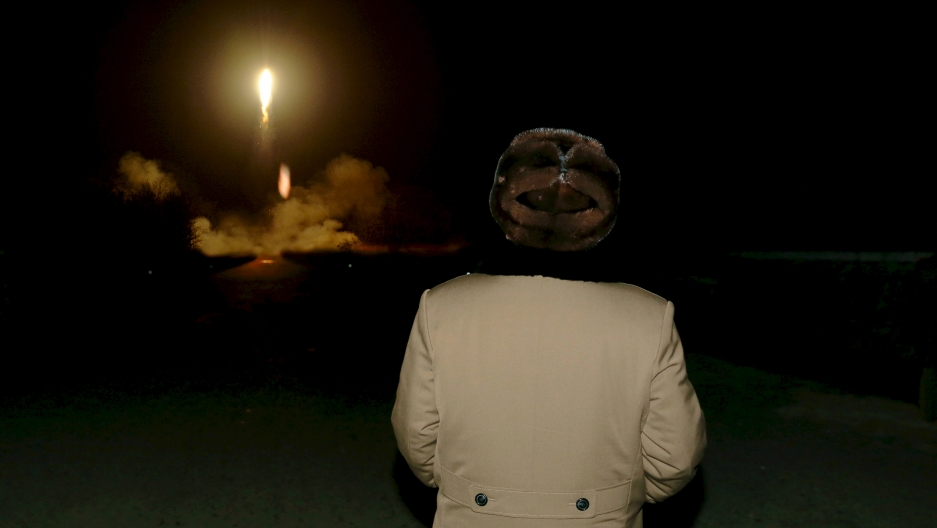 Since North and South Korean leaders shook hands on both sides of the countries’ border last week, there has been renewed hope that 2018 could see the formal end of the Korean War. But after nearly 70 years of stalemates and deadly skirmishes, South Korea and the United States probably won’t rest easy until North Korea gives up its nuclear weapons.

That outcome is totally possible, according to North Korean leader Kim Jong-un — so long as the US gives North Korea a meaningful security assurance. Kim and US President Donald Trump are slated to meet at their own summit sometime this month or in June, but denuclearization isn’t as easy as a single meeting — nor surrendering a truckload of bombs.

“We forget that nuclear weapons production and testing is incredibly dirty and dangerous, and that taking some of these facilities down can be time-consuming,” said Daryl Kimball, executive director of the Arms Control Association and a researcher of nuclear disarmament for over 25 years. “It’s not as simple as bulldozing a warehouse. These are hazardous facilities.”

The steps of denuclearization

Kim publicly announced that he intends to end his nuclear program. But in reality, negotiations between world leaders will likely take a while — and even if those talks proceed smoothly, denuclearization still isn’t something that could be achieved overnight.

It’s hard to know what an exact timeline would be. South Korean officials want to work toward denuclearization slowly, with small, reciprocated steps that build trust as both sides start to let down their guard. Meanwhile, the Trump administration wants “substantial dismantlement” in as short as six months.

“It’s certainly possible for the vast bulk of the work to be completed in two years, but some projects like decommissioning a reactor and dismantling a plutonium separation facility will take much longer,” Kimball said. “It takes a lot of equipment and the work is slow because it’s dangerous.”

Related: North and South Korea come together in historic summit

Denuclearization is a multistep process, and Kimball sees it going something like this: North Korea must freeze the production and testing of its nuclear arsenal with a legally binding agreement, which will stop its weapons from being further refined. Kim must also stop producing enriched uranium and plutonium — materials that are used to make bombs — and stop testing intercontinental ballistic missiles, which could potentially deliver those bombs to far-off places. Then the facilities that help produce nuclear ingredients need to be fully dismantled, along with places that design and produce the warheads.

“Some of this can be accomplished very quickly, and some of it will take more time, even if there is sufficient political will and cooperation from North Korea,” Kimball said. 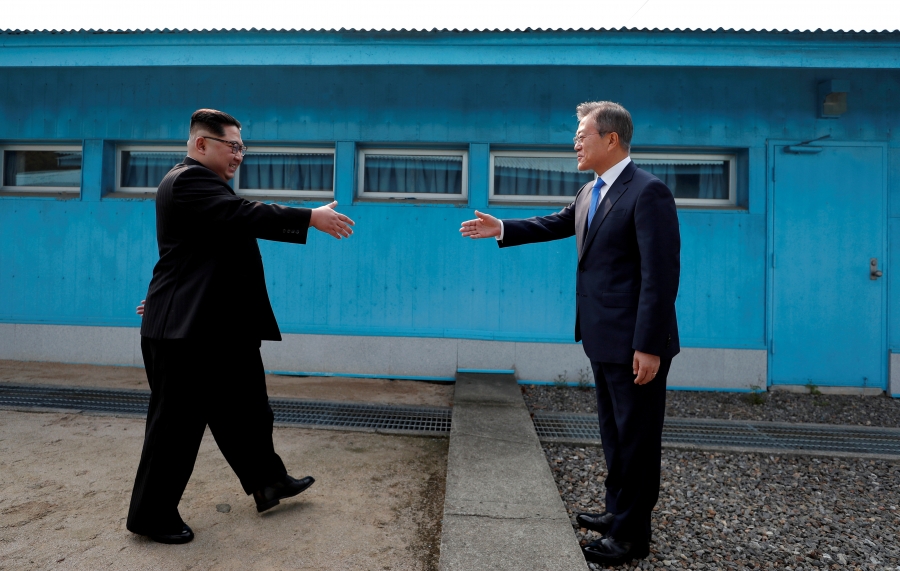 A major challenge will be ensuring that denuclearization is actually happening. Part of that verification process means relying on North Korea to forfeit up an accurate list of its existing nuclear stockpiles, bomb materials and facilities. Then there needs to be a way to make sure that all of these items are destroyed.

Without reliable information and monitoring, Kim could simply dupe the rest of the world.

“This is always where things get caught up — where things have broken down in the past,” said Jenny Town, assistant director of the US-Korea Institute at the Johns Hopkins School of Advanced International Studies and the managing editor of 38 North. “This question is very hard to answer. What does a verification regime that North Korea would be willing to accept look like, and one that makes international inspectors confident in the totality of what they’re seeing?”

American intelligence agencies believe that North Korea has 20 to 60 nuclear weapons, while the US has roughly 4,000 in stockpiles and even more already mounted on missiles. But even though Kim’s arsenal sounds small in comparison, a full-scale conflict between the Koreas would have incredibly high stakes.

“If a war were to break out … it is very likely that it would quickly become nuclear, because North Korea is outgunned in terms of conventional forces,” Kimball said. “They would likely turn to their small nuclear arsenal early in the conflict.”

The art of the deal

Though the logistical steps need to be clearly laid out, the United States and the Koreas won’t get there without elaborate (and likely challenging) negotiations.

“When Kim Jong-un talks about denuclearization, it’s not unilateral,” Town said. “It’s contingent on security guarantees and US hostile policy.”

Some speculate that the North Korean regime’s re-emergence since the Pyeongchang Winter Olympics has been designed to convince other countries to lift sanctions, which have been hurting the nation ever since China agreed to also enforce them. But Trump has publicly insisted that sanctions will be enforced until North Korea gives up its nuclear arsenal, though that could change as trust is built and sides start using their bigger bargaining chips. Kim may already be trying to get on Trump’s good side — recent news reports suggest that North Korea may soon release its three imprisoned Americans. 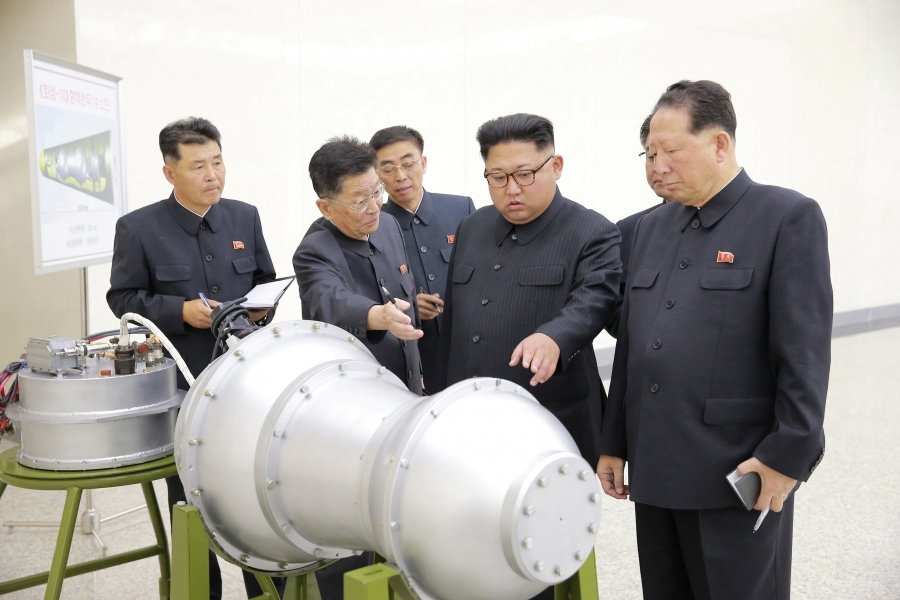 “Even if you hesitate on the immediate release of sanctions, there are things you can do to show good faith,” Town said, “such as not imposing new sanctions while negotiations are going on or improving political relations — lifting the travel ban, setting up a US liaison office in Pyongyang, establishing cultural and educational exchanges.”

Nobody knows how much denuclearization would cost, or who would pay for it. But one can assume that Kim won’t be footing the bill, given that North Korea’s gross domestic product was only about $28.5 billion in 2016 — a fraction of the United States’ $18.6 trillion or South Korea’s $1.4 trillion.

One 2003 report by the United Nations Institute for Disarmament Research estimated that the US spent $1.8 billion on the agreement between 1991 and 2001 — all on one-time costs, such as destroying weapons facilities and setting up initial inspections. It also estimated that continued monitoring cost another $580 million over that 10-year period. The numbers sound huge, but the preventative spending also saved the US military budget a significant amount of money.

But it’s still not a perfect comparison to the North Korean situation.

“It’s going to be hard to find parallels that are really exact,” Kimball said. “The Defense and Energy Department had programs that did some of the work, but in some cases, they also contracted Russian firms to do it. It was a complex arrangement.”

“It would still cost far less than a war or conflict on the Korean peninsula,” Kimball added. “It’s a price well worth paying.”

Related: A Trump-Kim summit would be historic too, but can it succeed?

Ultimately, the long and winding process of denuclearization can’t start until Trump — who touts himself as a deal-maker — reaches a consensus with Kim, who views nuclear weapons as the greatest protector of North Korea’s sovereignty. In the past, deals to halt North Korea’s nuclear program have all but succeeded, but any path toward diplomacy and negotiation is a better bet than armed conflict.

“One thing to remember about the summit is that this problem has existed for decades,” Kimball said. “One meeting between two leaders — no matter how chummy they may be — is not going to resolve it.”