Two interior designers from New Delhi, Divya Jain and Smita Prakash (right), have visited the High Point Market in North Carolina five times. They are trying to carve out a niche as the Indian designers who can deliver American-designed furniture.

The population of High Point, North Carolina, is about 110,000. Each spring and fall, though, it nearly doubles in size as furniture buyers arrive to scout the latest and greatest chairs, tables and light fixtures on display at the world’s largest home furnishings trade show, the High Point Market.

Buyers began coming to North Carolina more than a century ago because much of the nation’s furniture was made in the area.

“The buyers would come down from the Northeast on a train and they would go to the various factories,” said Tom Conely, the CEO of the High Point Market Authority, which runs the trade show.

Related: North Carolina’s fight to keep its foothold on furniture

“Somebody had the brilliant idea, that's not really efficient. And so, High Point got really lucky and somebody said, 'We're going to start an exposition center here,' they called it the Southern Exposition Center. It was rather small, but many of the exhibitors took their product from the factory, put it in a showroom, and the High Point Market was born.”

Today, the market spans 13 square blocks and nearly 12 million square feet of showroom. That’s like having 114 average-sized Walmarts bustling for two weeks a year and largely abandoned for the other 50. The Market’s central building, The International Home Furnishings Center, contains 12 floors of showrooms.

It’s High Point’s version of the Super Bowl — local hotels take in about $140 million during the two weeks. 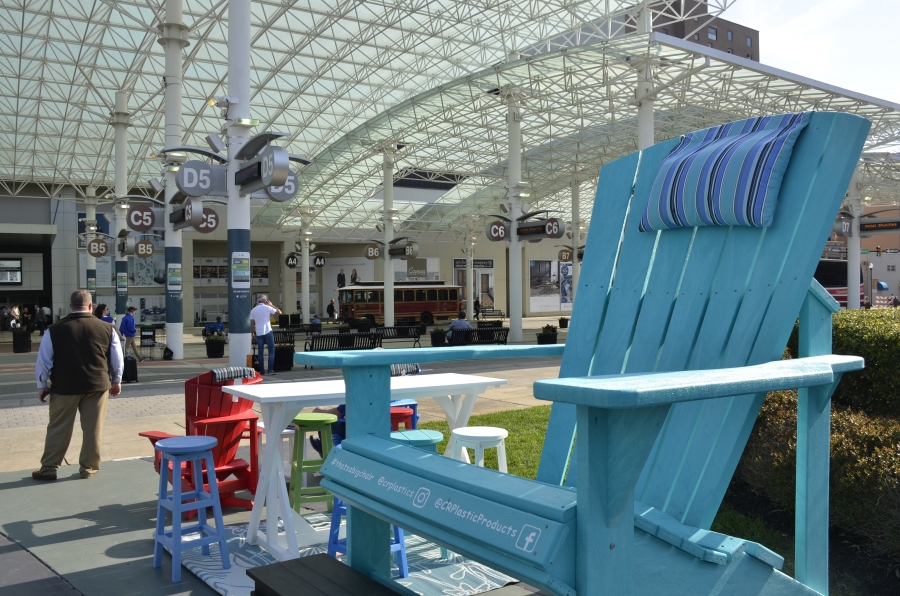 Although the show here is the world’s largest, international buyers need to make a choice: High Point or Milan? They happen at the same time in the spring.

For nearly all of the buyers from India, it’s really not much of a decision.

“As Indians, we’re only exposed to ‘Milan Fair’ because Italians are the only ones who know how to make furniture. That’s the myth,” says Smita Prakash, an interior designer from New Delhi who chooses High Point.

“Home-to-home is about 30 hours,” Prakash says. 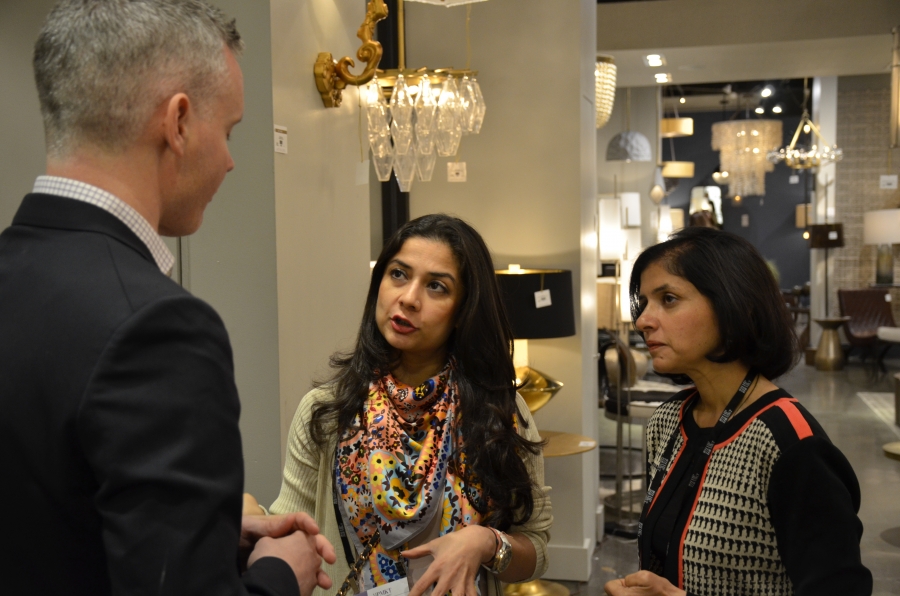 For the two Indian designers, navigating the massive show and traveling 30 hours is worth it — they’re carving out a niche as the designers who can deliver American-designed furniture to India. That’s their pitch. Still, Jain and Prikash say changing attitudes can be tough.

“American brands, right now, are not that popular,” says Jain.

They still think of Italian brands as the pinnacle of furniture design.

“[Indian consumers] still have a very pre-conceived notion of American furniture being bulky, traditional: Pottery Barn and Restoration Hardware and Crate and Barrel, is what really registers as American furniture," Prakash says. "For them, it’s not about the nuances. It’s pleasantly surprising when you walk into the market and see what American furniture is all about. It really has evolved.”

There’s another challenge with American furniture: logistics. Most American furniture these days is designed in America, built in China, then shipped to the US. If Prakash can fill an entire shipping container, enough to furnish eight or nine bedroom sets, she can have furniture shipped directly from China to India. But if the order is smaller, it needs to go from China to the US and back to India.

“It is cost prohibitive, for sure,” Prakash says.

“Roughly anywhere from 30 to 50 percent, at least,” says Matthew Kim, who handles business in eight Asian countries for Universal Furniture, a company based in High Point.

If someone in Bangalore wants a $1,000 American-designed couch built in China, but it's sitting in a warehouse in North Carolina, it could cost them $1,500 once shipping costs are factored in.

“That’s being generous too, I would say, just because of the freight cost from there, back, and whatnot,” Kim says. 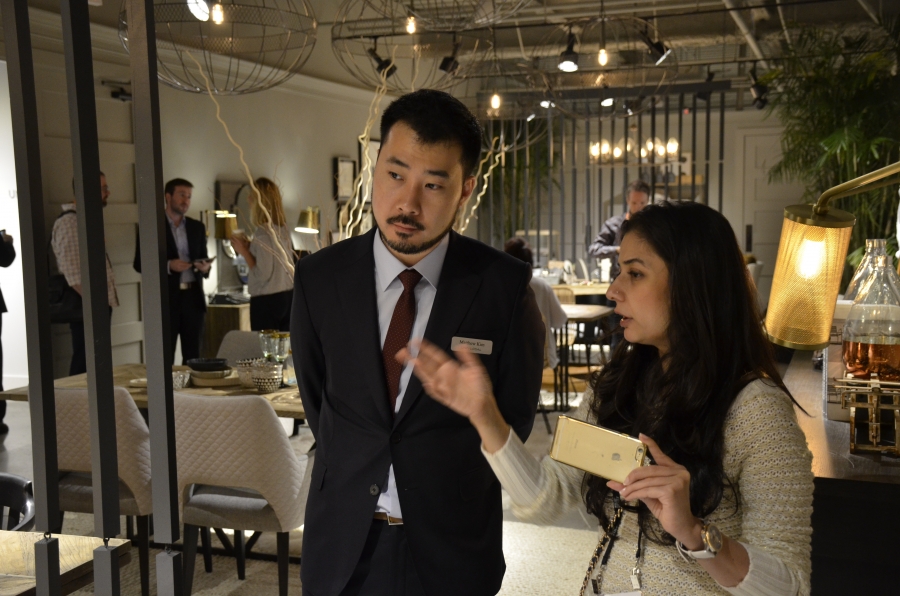 Regardless of price, Prakash’s mission is simple: convince her Indian clients that American-brand furniture stands out.

“Building the name is a very, very important thing,” Prakash says. “It’s already built in certain circles, and the word spreads. So this particular client would do his home, and I’m sure everybody that comes into the home will then go further and say, ‘Where is it from? How can we get this?’ And work from there.”

It’s not only Indians discovering American-designed furniture from North Carolina. Sales to Canada, the Middle East, and Mexico have been steadily on the rise. And, a small but growing number of American-designed sofas and chairs are filling up some middle-class homes in China, too.