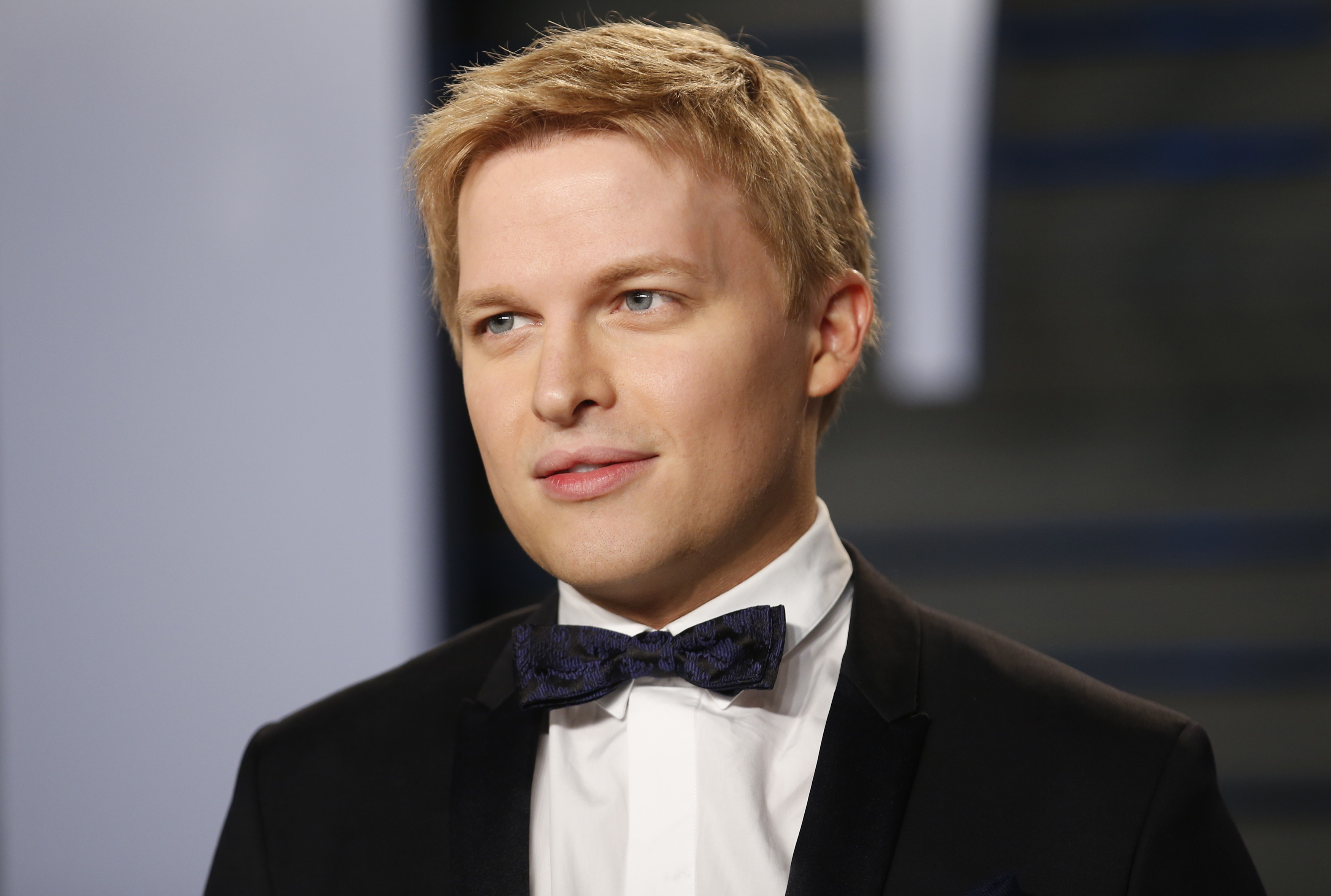 It's been a rough ride for the State Department since President Donald Trump took office. Under Secretary Rex Tillerson, who was ousted in March, many seasoned diplomats left. Key posts the world over went unfilled and are still unfilled.

Little wonder, then, that the new man at the helm of America's diplomatic corps is trying to rally his charges. Mike Pompeo was sworn in on Wednesday as Trump's new secretary of state and said it's time to reinvigorate US diplomacy.

Related: Some senators still have lingering questions about Mike Pompeo as secretary of state

“I talked about getting back our swagger,” Pompeo said. “The United State diplomatic corps needs to be in every corner, every stretch of the world, executing missions on behalf of this country, and it is my humble, noble undertaking to help you achieve that.”

Related: Can Pompeo get the State Department 'back at the big kids’ table'?

The World sat down with Farrow and asked him about the future of diplomacy — and how he thinks the State Department will fare under Pompeo.

Ronan Farrow: Pompeo is something of a question mark. Those initial remarks have been well-received, and rightly so. I think there is an understanding that it's politically necessary, at this point, to pull back from the scorched-earth narrative that's here, in which Tillerson really laid waste to this [State] Department, to such an extent that finally it has become a liability in the conversation with [Capitol] Hill and the media. I'm not surprised that Pompeo is striking the right tone coming in. He's a politician. Even Tillerson gave well-received opening remarks when he first came into the job. Pompeo is a significantly savvier customer in terms of navigating the DC landscape. And the rhetoric being in place is expected, but also important. This is an embattled workforce. Brave men and women who serve in crappy places around the world with terrible security situations and not enough pay. And they do it to save American lives and prevent dangerous people from coming into our country and to cut the deals that hopefully keep our servicemen and women out of the line of fire.

So even that acknowledgment as he comes in is really important. In terms of the actual restoration of diplomacy, I think all of the whistleblowers I've talked to in "War on Peace" have a lot of questions about Pompeo. You know, time will tell how his hawkishness and his saber-rattling about dismantling recent diplomatic accomplishments will match up with his leadership at a State Department that really needs rescuing right now.

The World: You provide many examples of how diplomacy went off the rails in "War on Peace" in Afghanistan and Colombia, in many places. You were working for the State Department in Afghanistan. Tell us what you were doing, because it felt like, at the time when you were working with late diplomat Richard Holbrooke, diplomacy was that almost 19th-century thing where you're trying to come up with a “grand bargain.” If Richard Holbrooke hadn't died, what would have been the end game for you in Afghanistan?

When I was coming out of law school and considering whether to go back to the firm that had made an offer to me to practice, I had this extraordinary opportunity to instead go to Afghanistan to work for Richard Holbrooke, who I had interned for and done some work for in previous years, and who was recruiting kind of a madcap group of outsiders to try to do what he did in Bosnia in the 1990s — which was to broker a political settlement of some kind. Obviously, Afghanistan is a very different proposition from Bosnia. And he was aware of the differences.

But Richard Holbrooke and this sort of "band of outsiders" — and I was too green for any of it — but I was tasked with sort of bringing NGOs to the table and talking to human rights groups. And I did get a first-row view of how he was frozen out and how the military's iron grip on that policy process really closed off a lot of the options that we could have been pursuing at the period at which we had maximum influence because of the number of troops we had on the ground.

So Richard Holbrooke getting frozen out is this midpoint in the narrative where the State Department becomes less relevant and, as you say, that began before 9/11 — well before the arrival of President Trump for sure. You point a finger at Presidents Clinton and Obama too. Tell us about the origins of this problem. When did it really start?

I'm careful not to portray it as a linear trend. I think it's a problem that has bubbled up at various points. And Condoleezza Rice, one of the many secretaries of state who is on the record in this book — all of the former secretaries talked to me for this — makes the argument that in times of emergency you inevitably see the military kind of seize control of foreign policy because you don't have time to deal with the State Department bureaucracy. And to me, that suggests a bureaucracy that needs reform rather than one that we should throw out. In terms of when it's been bad before, you look at the beginning of the Clinton administration where James Carville was hollering about "It's the economy, stupid!" and there was a real turn inward. Warren Christopher, Clinton's first secretary of state, got on [Capitol] Hill and sounded a whole lot like Rex Tillerson in the past year ... defended these very deep budget cuts to the State Department over the course of the 90s that turned out to be a 30 percent cut to diplomacy and development spending. We shuttered and shortchanged embassies around the world and folded two government agencies back into the State Department, really crippling their expertise and mandates.

We lost a lot of capacity. And when 9/11 came around, we really didn't have the ability to run a lot of the diplomacy and development through the State Department with anything resembling the speed or efficiency that we needed to. So it all gets done through the Pentagon. And it's a vicious cycle.

And when you have a hammer everything looks like a nail. How damaging has this been, and how hard will it be to go back to diplomacy? Is that even possible at this point?

In terms of how damaging it's been, I trace the echoes around the world. I went and hung out with this warlord General Dostum in Afghanistan. It's a crazy colorful little visit there. I went to his court. I describe it as a combination of Liberace's dressing room and a Bond villain’s lair. He's got a shark tank, tchotchkes and Christmas lights everywhere. And he's drinking out of a rhinestone-studded mug. I'm wondering whether he was just at a meeting with Kylie Jenner or something. So he's a character. But the reason I went there to profile him and to try to crack the mystery of this mass grave that he was allegedly behind ... was because he is emblematic of what happens when you let military expediency win and fail to embed relationships between our soldiers, and generals and foreign fighting forces in any kind of meaningful diplomatic strategy.

In that case, we dumped a lot of guns on him and he helped us [the US] rout the Taliban in the early days after 9/11. But at what cost? Terrible atrocities. He ultimately was part of a wave of warlords that got very enmeshed, basically because of us and with our tacit approval in the power structures we built in Afghanistan. And that proceeded to really bring that ‘warlordism’ and chaos into the government that we were seeking to stabilize. And because all we had was that fighter-to-fighter relationship, we surrendered a lot of leverage. We ended up running around covering for him and covering up these investigations of his atrocities because we had installed him there, and it continues to be a problem as Afghanistan falls apart in the present day — that there is this culture of warlordism that we reified.

There's a picture in the book of you in a cloak interviewing current Dostum, and it strikes me you were out in the field already at a very young age with your mother, Mia Farrow. How young were you? When did you start seeing these far-flung places in the world?

I count myself as really fortunate. I grew up around a lot of turmoil and a fair amount of pain, but I also had a really strong single mom with an incredible sense of principle and who is doing really substantive advocacy work. So from a pretty early age — from my teens, I guess we'd be talking about — I got to see some of that work, and I really had inculcated into me a spirit of public service, which I mostly failed to live up to, but it's always a little voice in the back of my head.

Well, not so sure about that. What do you remember most vividly about those early trips?

I did a lot of writing for The Wall Street Journal and other publications — just kind of rinky-dink small op-eds that I was submitting. I was desperate to get these stories out however I could, heavily reported op-eds about sexual violence as a weapon of war. Just as years later, I was profoundly grateful that Harvey Weinstein's accusers opened up to me in the way that they did, at the time in Sudan, where there were very few people listening to women, I was in Darfur and I was talking to women who had been horrifically brutalized as part of the campaign of atrocities there by the Sudanese government. And that continues to be an issue. Rape as a weapon of war that we don't cover enough and pay enough attention to, and those stories have stayed with me. And I am driven by them. I want to do whatever I can to put a spotlight on that.