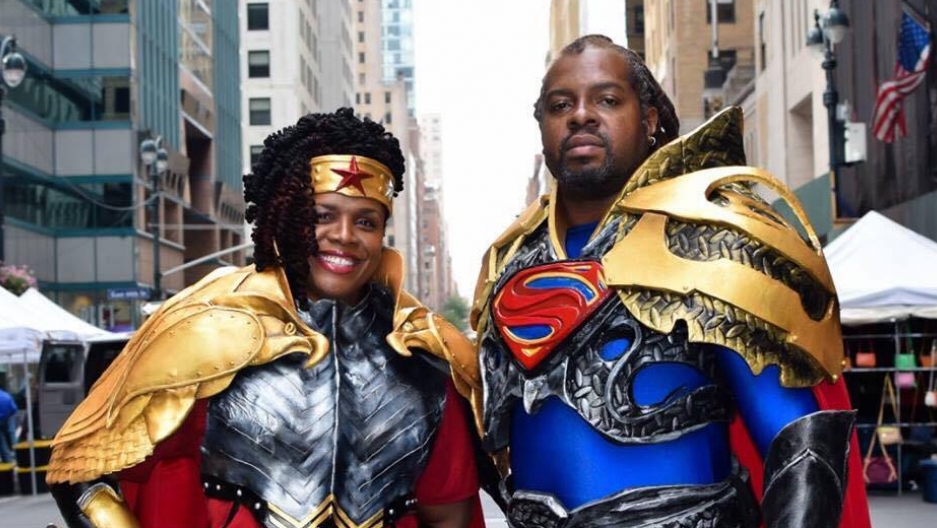 Harry and Gina Crosland cosplay as Superman and Wonder Woman.

Courtesy of Harry and Gina Crosland

Cosplay has gotten huge in the age of social media, but when websites feature photos and video from Comic-Con, they often don't reflect the true diversity of the fans on the convention floor. Cosplayers Suqi Yomi and Brittnay N. Williams of the site Black Nerd Problems talk about the challenge of convincing other cosplayers that they can be whichever superhero they choose — not just the black characters.

Harry Crosland and his wife Gina talk about why they like putting original spins on classic characters, and why the need to call out non-black cosplayers who don't understand that blackface shouldn't be part of any costume.