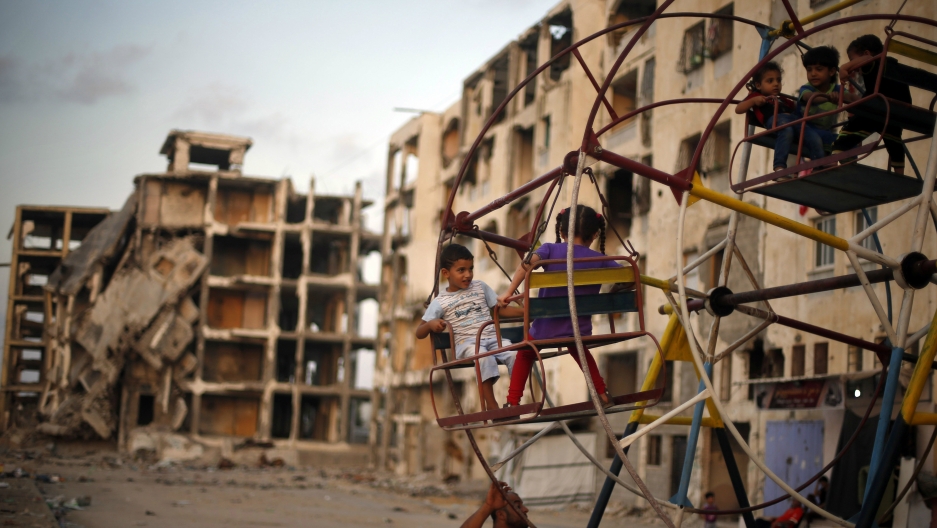 Palestinian children play on a ferris wheel near residential buildings that witnesses said were destroyed by Israeli shelling during a 50-day war in the summer of 2014, in Beit Lahiya town in the northern Gaza, July 27, 2015.

Gaza has often been invaded for its water. Every army leaving or entering the Sinai desert, whether Babylonians, Alexander the Great, the Ottomans or the British, has sought relief there. But today the water of Gaza highlights a toxic situation that is spiraling out of control.

A combination of repeated Israeli attacks and the sealing of its borders by Israel and Egypt, have left the territory unable to process its water or waste. Every drop of water swallowed in Gaza, like every toilet flushed or antibiotic imbibed, returns to the environment in a degraded state.

When a hospital toilet is flushed, for instance, it seeps untreated through the sand into the aquifer. There it joins water laced with pesticides from farms, heavy metals from industry and salt from the ocean. It is then pumped back up by municipal or private wells, joined with a small fraction of freshwater purchased from Israel, and cycled back into people’s taps. This results in widespread contamination and undrinkable drinking water, about 90 percent of which exceeds the World Health Organization guidelines for salinity and chloride.

Incredibly, conditions are getting worse, thanks to the emergence of “superbugs.” These multi-drug resistant organisms have developed thanks to an over-prescription of antibiotics by doctors desperate to treat the victims of the seemingly endless assaults. The more injury there is, the more chance there is of re-injury. Less regular access to clean water means infections will spread faster, bugs will be stronger, more antibiotics will be prescribed — and the victims will be ever-more weakened. 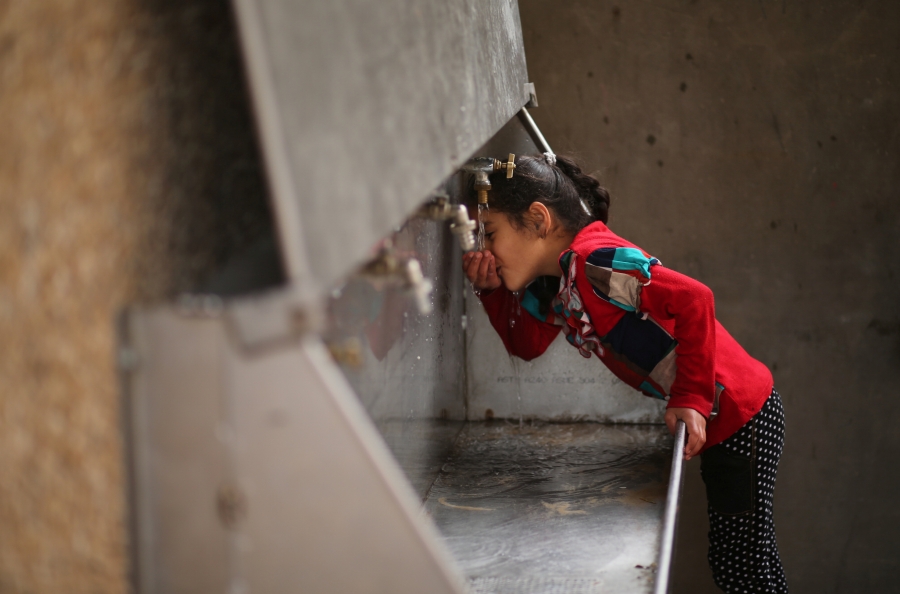 A Palestinian girl drinks water from a public tap in Jabaliya refugee camp in the northern Gaza, Jan. 24, 2017.

The result is what has been termed a toxic ecology or “biosphere of war,” of which the noxious water cycle is just one part. A biosphere refers to the interaction of all living things with the natural resources that sustain them. The point is that sanctions, blockades and a permanent state of war affects everything that humans might require in order to thrive, as water becomes contaminated, air is polluted, soil loses its fertility and livestock succumb to diseases. People in Gaza who may have evaded bombs or sniper fire have no escape from the biosphere.

War surgeons, health anthropologists and water engineers — including ourselves — have observed this situation developing wherever protracted armed conflict or economic sanctions grind on, as with water systems in Basrah and health systems throughout Iraq or Syria. It’s now well past time to clean it up.

There is water — for some

It’s not as if there is no fresh water nearby to alleviate the situation in Gaza. Just a few hundred metres from the border are Israeli farms that use freshwater pumped from Lake Tiberias (the Sea of Galilee) to grow herbs destined for European supermarkets. As the lake is around 125 miles to the north and lies 650 feet below sea level, a massive amount of energy is used to pump all that water. The lake water is also fiercely contested by Lebanon, Jordan, Syria and Palestinians in the West Bank, each of which is seeking their legal entitlement of the Jordan River basin. 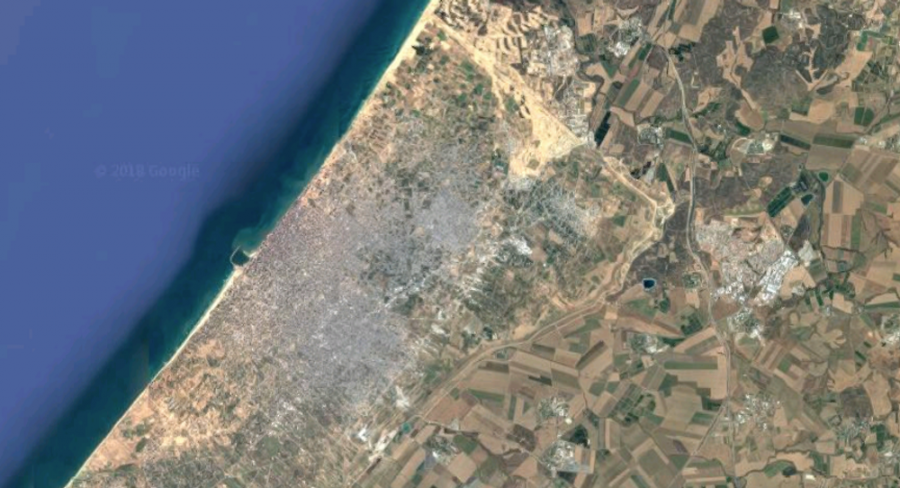 Gaza City on one side of the border, Israeli farms on the other.

Meanwhile, Israel desalinates so much seawater these days that its municipalities are turning it down. Excess desalinated water is being used to irrigate crops, and the country’s water authority is even planning to use it to refill Tiberias itself — a bizarre and irrational cycle, considering the lake water continues to be pumped the other direction into the desert. There is now so much manufactured water that some Israeli engineers can declare that “today, no one in Israel experiences water scarcity.”

But the same cannot be said for Palestinians, especially not those in Gaza. People there have resorted to various ingenious filters, boilers, or under-the-sink or neighborhood-level desalination units to treat their water. But these sources are unregulated, often full of germs, and just another reason children are prescribed antibiotics — thus continuing the pattern of injury and re-injury. Doctors, nurses and water maintenance crews meanwhile try to do the impossible with the minimal medical equipment at their disposal.

The implications for all those who invest in Gaza’s repeatedly destroyed water and health projects are clear. Providing more ambulances or water tankers — the “truck and chuck” strategy — might work when conflicts are at their most acute, but they are never more than a band aid. Yes, things will get better in the short term, but soon enough Gaza will be onto the next generation of antibiotics, and dealing with teflon-coated superbugs.

Donors must instead design programs suited to the all-pervasive and incessant biosphere of war. This means training many more doctors and nurses, providing more medicines and infrastructure support for health and water services. More importantly, donors should build in political “cover” to protect their investments (if not the local children), perhaps by calling for those who destroy the infrastructure to foot the bill for repairs.

And there is an even bigger message for the rest of us. Our research shows that war is more than simply armies and geopolitics — it extends across entire ecosystems. If the dehumanizing ideology behind the conflict was confronted, and if excess water was diverted to people rather than to lakes, then the easily avoidable repeated injuries suffered by people in Gaza would become a thing of the past. Palestinians would soon find their biosphere a whole lot healthier.

Mark Zeitoun is professor of water security at University of East Anglia. Ghassan Abu Sitta is the founder of the Conflict Medicine Program at the American University of Beirut.