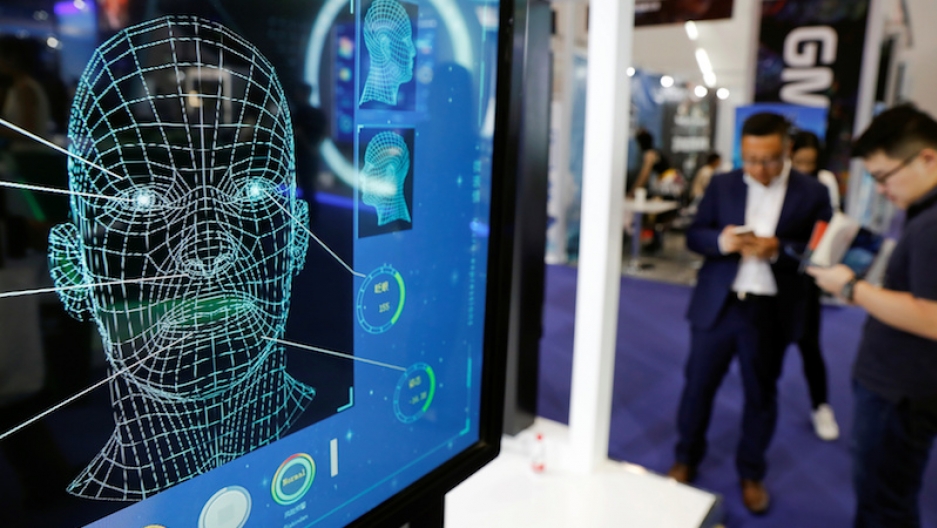 The US government may start scrutinizing informal partnerships between American and Chinese companies in the field of artificial intelligence, threatening practices that have long been considered garden variety development work for technology companies, sources familiar with the discussions said.

So far, US government reviews for national security and other concerns have been limited to investment deals and corporate takeovers. This possible new expansion of the mandate — which would serve as a stop-gap measure until Congress imposes tighter restrictions on Chinese investments — is being pushed by members of Congress, and those in US President Donald Trump's administration who worry about theft of intellectual property and technology transfer to China, according to four people familiar with the matter.

Artificial intelligence, in which machines imitate intelligent human behavior, is a particular area of interest because of the technology's potential for military usage, they said. Other areas of interest for such new oversight include semiconductors and autonomous vehicles, they added.

These considerations are in early stages, so it remains unclear if they will move forward, and which informal corporate relationships this new initiative would scrutinize.

Any broad effort to sever relationships between Chinese and American tech companies — even temporarily — could have dramatic effects across the industry. Major American technology companies, including Advanced Micro Devices Inc, Qualcomm Inc, Nvidia Corp and IBM, have activities in China ranging from research labs to training initiatives, often in collaboration with Chinese companies and institutions who are major customers.

Top talent in areas including artificial intelligence and chip design also flows freely among companies and universities in both countries.

For example, when US chipmaker Nvidia Corp — the leader in AI hardware — unveiled a new graphics processing unit that powers data centers, video games and cryptocurrency mining last year, it gave away samples to 30 artificial intelligence scientists, including three who work with China's government, according to Nvidia.

For a company like Nvidia, which gets a fifth of its business from China, the giveaway was business as usual. It has several arrangements to train local scientists and develop technologies there that rely on its chips. Offering early access helps Nvidia tailor products so it can sell more.

The US government could nix this sort of cooperation through an executive order from Trump by invoking the International Emergency Economic Powers Act. Such a move would unleash sweeping powers to stop or review informal corporate partnerships between a US and Chinese company, any Chinese investment in a US technology company or the Chinese purchases of real estate near sensitive US military sites, the sources said.

"I don't see any alternative to having a stronger (regulatory) regime because the end result is, without it, the Chinese companies are going to get stronger," said one of the sources, who is advising US lawmakers on efforts to revise and toughen US foreign investment rules. "They are going to challenge our companies in 10 or 15 years."

James Lewis, a former Foreign Service officer with the US Departments of State who is now with the Center for Strategic and International Studies, said if the emergency act was invoked, US government officials including those in the Treasury Department could use it "to catch anything they want” that currently fall outside the scope of the regulatory regime.

A White House official said that they do not comment on speculation about internal administration policy discussions, but added "we are concerned about Made in China 2025, particularly relevant in this case is its targeting of industries like AI."

Made in China 2025 is an industrial plan outlining China's ambition to become a market leader in 10 key sectors including semiconductors, robotics, drugs and devices and smart green cars.

Last month, the White House outlined new import tariffs that were largely directed at China for what Trump described as "intellectual property theft." That prompted Chinese President Xi Jinping’s government to retaliate with sanctions against the United States.

Those moves followed proposed legislation that would toughen foreign investment rules overseen by the Committee on Foreign Investment in the United States (CFIUS), by giving the committee - made up of representatives from various US government agencies — purview over joint ventures that involve "critical technology."

Republican and Democratic lawmakers who put forth the proposal in November said changes are aimed at China.

Whereas an overhauled CFIUS would likely review deals relevant to national security and involve foreign ownership, informal partnerships are likely to be regulated by revised export controls when they come into effect, sources said.

Chinese and US companies are widely believed among analysts to be locked in a two-way race to become the world's leader in AI. While US tech giants such as Alphabet Inc's Google are in the lead, Chinese firms like Internet services provider Baidu Inc have made significant strides, according to advisory firm Eurasia Group.

As for US chipmakers, few are as synonymous with the technology as Nvidia, one of the world's top makers of the highly complex chips that power AI machines.

There is no evidence that Nvidia’s activities represent a threat to national security by, for instance, offering access to trade secrets such as how to make a graphics processing unit. Nvidia also said it does not have joint ventures in China.

In a statement, Nvidia said its collaborations in China — including training Chinese scientists and giving Chinese companies such as telecom provider Huawei Technologies Co Ltd early access to some of its latest technology — are only intended to get feedback on the chips it sells there.

"We are extremely protective of our proprietary technology and know-how," Nvidia said. "We don’t give any company, anywhere in the world, the core differentiating technology."

Qualcomm did not respond to requests for a comment, while Advanced Micro Devices and IBM declined to comment.

Nvidia is far from being the only US tech giant, much less the only chipmaker, that lends expertise to China. But it is clearly in the sights of the Chinese. When the country’s Ministry of Science and Technology solicited pitches for research projects last year, one of the listed objectives was to create a chip 20 times faster than Nvidia's.

"Five years ago, this might not be a concern," said Lewis, "But it's a concern now because of the political and technological context."