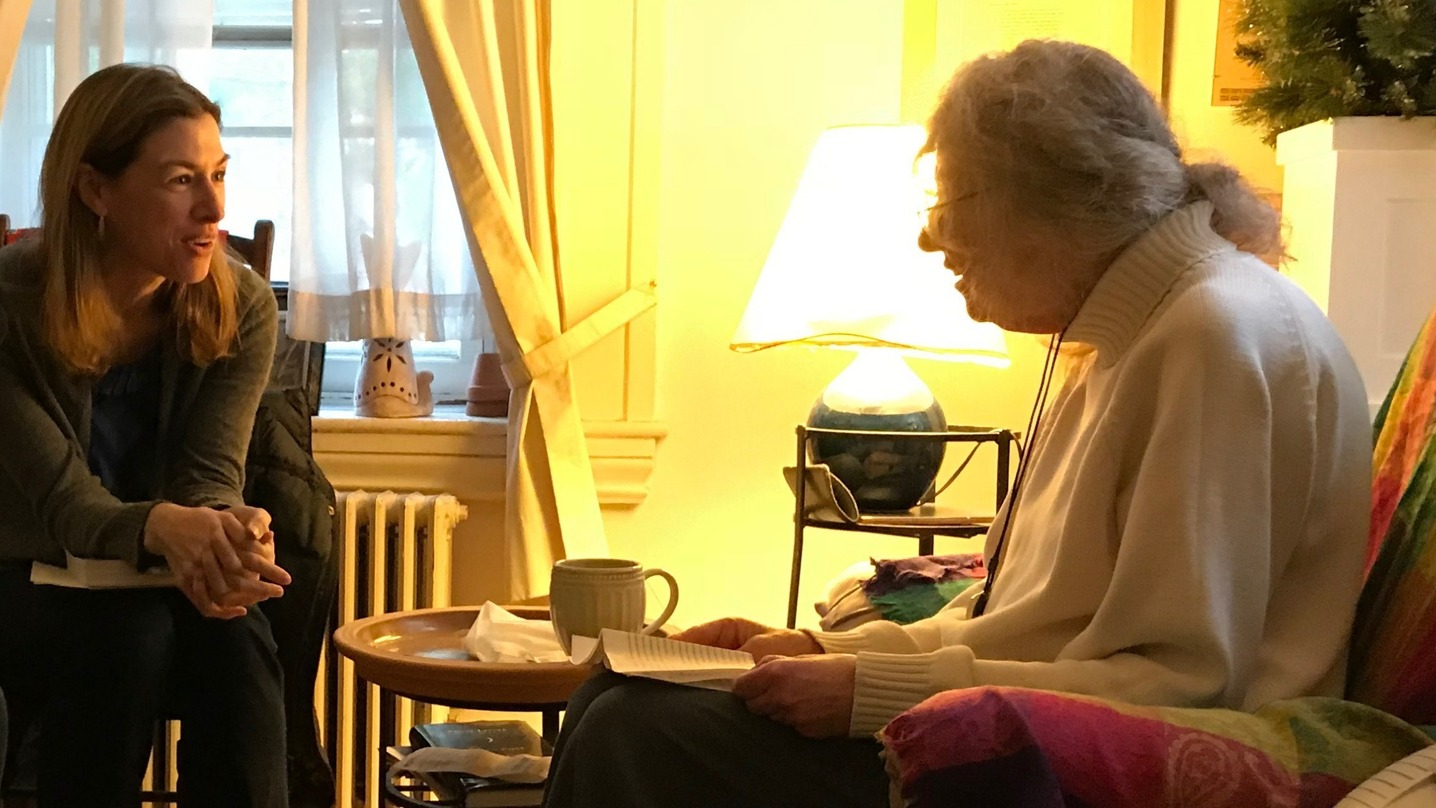 When Elsie Stern pops in her earbuds and cranks up ABBA on her iPod, all her problems disappear. The Somerville-Cambridge Elder Services doesn’t think about the bills she has to pay or the random tasks she has to do. She just lets the 1970s Swedish pop band sweep her anxiety away.

Stern participates in a program called Music & Memory, a national program that focuses on using personalized playlists to enhance the lives of, primarily, the elderly and sick. Stern listens to ABBA because it conjures happy memories of going out and dancing when she was younger.

And she’s not the only one at SCES whose life has changed because of music. Louisa Solano listens to Patsy Cline songs to help alleviate symptoms of epilepsy.

“When I get really anxious, I play it,” Solano says. “And it really, really works. It creates this sense of security that eliminates the need for any medication.”

So why does infusing music into these women’s lives work so well? Music & Memory’s founder and executive director, Dan Cohen, says that music engages more parts of the brain than sight or smell.

Temple University music therapy professor Wendy Magee says she isn’t surprised to hear that seniors are reacting positively to music. Decades ago, when she was a student in Australia, she started witnessing music’s ability to impact people with various neurological diseases.

“What I saw was people who, if you said to them, ‘What’s your name?’ they weren’t able to actually even respond with their name,” Magee says. “But if you started singing to them, they could complete the last word of a song, the last word of a phrase of a really familiar song, or you could even ask them musical quiz-type questions.”

And we’re learning much more about the impact of music on the brain, according to Magee.

“With the invention of modern technologies and all the different ways of measuring responses, it’s enabled us to get a much better insight on what goes on when we hear music ... make music, or when we move to music,” she says.

Aside from music’s therapeutic effects on patients, Magee says that these programs can bring patients and their loved ones together. She says it might sound cheesy, but she suggests singing together as a way of bonding.

“Even if you think you can’t sing in tune, we’re all born musical beings. Every single one of us,” Magee says. “The purpose of this is not to be performing at Carnegie Hall. The purpose is just to engage your loved one.”

Louisa Solano says Music and Memory has brought her and her sister together — though not through singing. She says the two of them were never close growing up, but looking at Solano’s iPod unintentionally brought them together.

“I showed her my [playlist], and there was this dead silence, which grew deader and deader. [My sister] said, ‘This is almost exactly like my own,’” Solano says.

Solano’s sister then revealed that when they were younger and she was helping Solano move into a new apartment, she came across one of Solano’s Buffalo Springfield records. Her sister said it was the first time she had heard music like that, and it inspired her to create a similar music collection. Solano called the discovery “the deepest bonding moment” she ever had with her sister.

“It was was a terrific gift,” Solano recalled, tearing up.