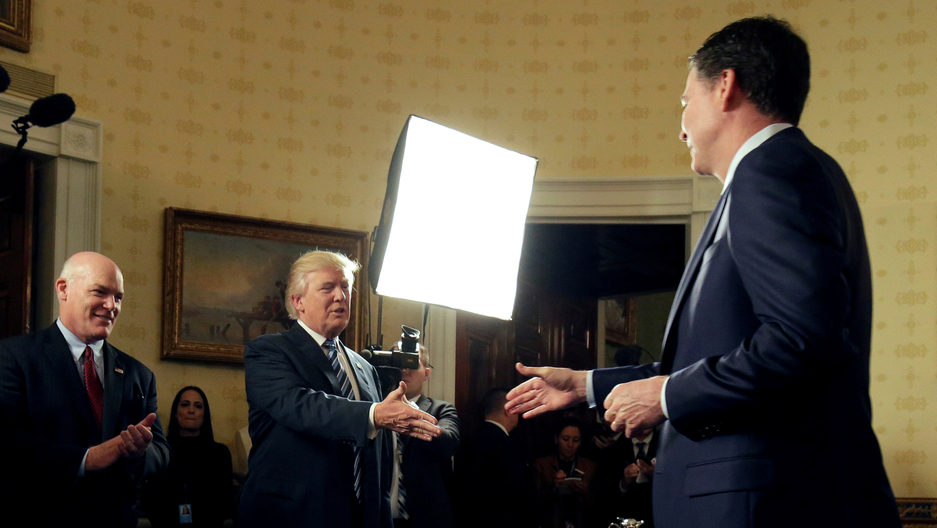 Comey wrote that Trump repeatedly raised concern over salacious allegations in an intelligence dossier, the need for loyalty and ferreting out leakers.

The memos, seen by Reuters, include notes on a meeting at the Trump Tower in New York in January 2017 just before Trump's inauguration in which Comey spoke alone with the then president-elect about the dossier that detailed an alleged 2013 encounter involving Trump and prostitutes in Moscow.

"James Comey Memos just out and show clearly that there was NO COLLUSION and NO OBSTRUCTION. Also, he leaked classified information. WOW! Will the Witch Hunt continue?," Trump said in a tweet.

The memos also describe a dinner Comey and Trump had at the White House about a week after the inauguration, when Comey said Trump told him he expected loyalty from him.

Trump fired Comey in May 2017 while Comey was leading the FBI investigation into allegations of Russian interference in the 2016 US presidential election and possible collusion between Trump's campaign and the Russians. 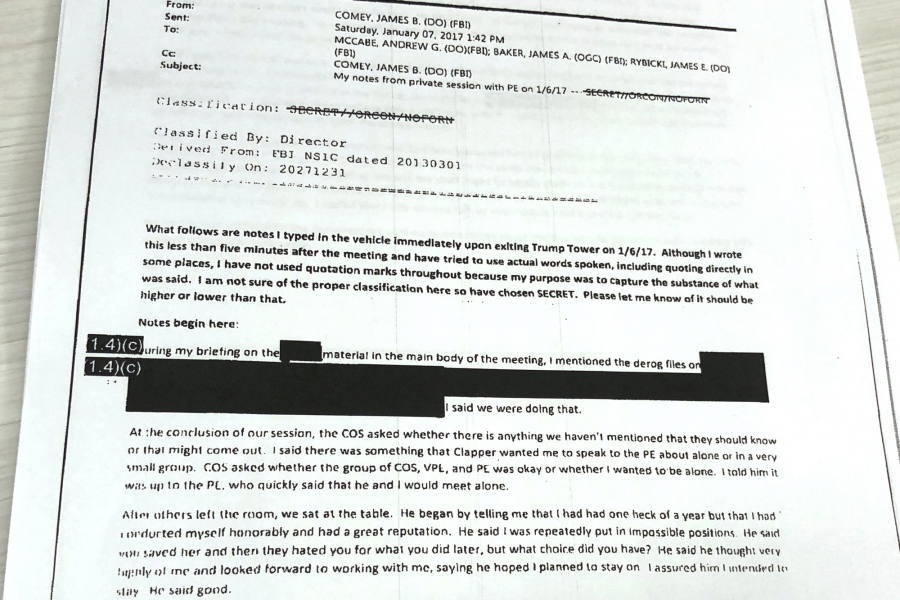 The Comey’s memos were written before his firing, which led to the appointment of Special Counsel Robert Mueller to continue the investigation.

Russia denies any meddling in the election. Trump says there was no collusion and that the investigation is a witch hunt.

Much of the memo's contents were included in a book by Comey titled "A Higher Loyalty: Truth, Lies and Leadership" and published this week in which he compares the Republican president to a mob boss who stresses personal loyalty over the law and has little regard for morality or truth.

In one memo, Comey recounts a Feb. 8, 2017, meeting with  then-White House Chief of Staff Reince Priebus, about two weeks after acting Attorney General Sally Yates had warned the White House that Michael Flynn, then Trump's national security adviser, had lied about his December 2016 conversation with the Russian ambassador to the United States.

Comey wrote in the memo that Priebus asked “if this was a ‘private conversation.’” Priebus then asked: “Do you have a FISA order on Mike Flynn?” referring to the Foreign Intelligence Surveillance Act, according to the memo.

At the White House dinner in January, Comey said Trump told him that Flynn “has serious judgment issues.” Comey said Trump’s comment came after he learned there was a delay in returning a congratulatory phone call from a foreign leader.

According to a memo in mid-February, Priebus requested that Comey and other senior FBI officials "publicly knock down media reports about communications between Donald Trump’s associates and Russians known to US intelligence during the 2016 presidential campaign." They declined to do so.