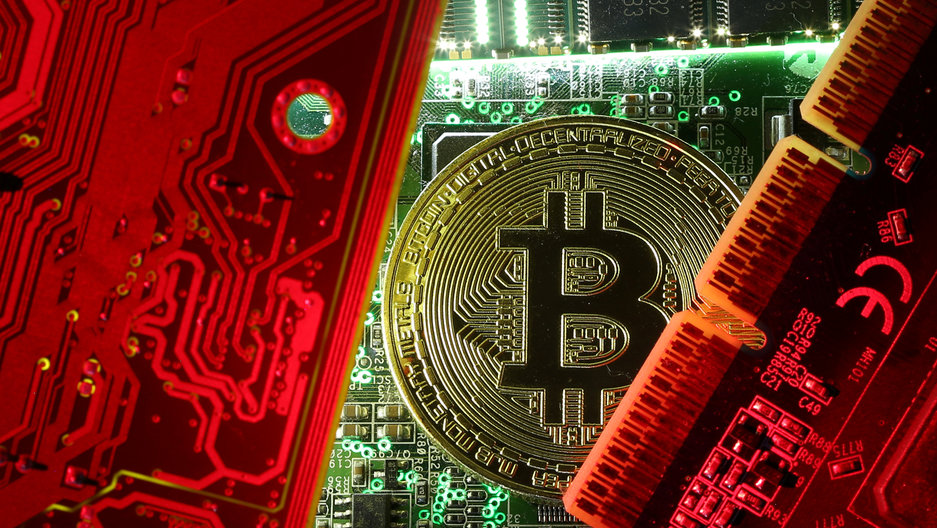 A copy of bitcoin standing on PC motherboard is seen in this illustration picture, Oct. 26, 2017.

An Icelandic man arrested on suspicion of stealing about 600 computers used to mine the cryptocurrency Bitcoin escaped prison and fled the country on a commercial flight to Sweden, Icelandic state broadcaster RUV said on Wednesday.

The escapee was among 11 people arrested on Feb. 2 on suspicion of taking the computers with an estimated value of 200 million Icelandic crowns ($2 million), Icelandic police said at the time. No criminal case in Iceland has ever involved larger sums of money.

RUV, quoting Pall Winkel, director of Iceland's Prison and Probation Administration, said the man escaped from an open, minimum-security prison early on Tuesday and boarded the Icelandair flight the same morning to Stockholm.

It said the heist suspect remained at large and Icelandic police had asked their Swedish counterparts for help in apprehending him.

"Swedish police have, as have other European countries, been informed by Iceland about a detained man who has escaped," Swedish national police spokeswoman Malin Nafver said, declining to comment further.

Officials at Iceland's prison and probation administration could not be reached for comment.

The stolen computers were specially programmed to mine Bitcoin. Police have yet to locate the computers.