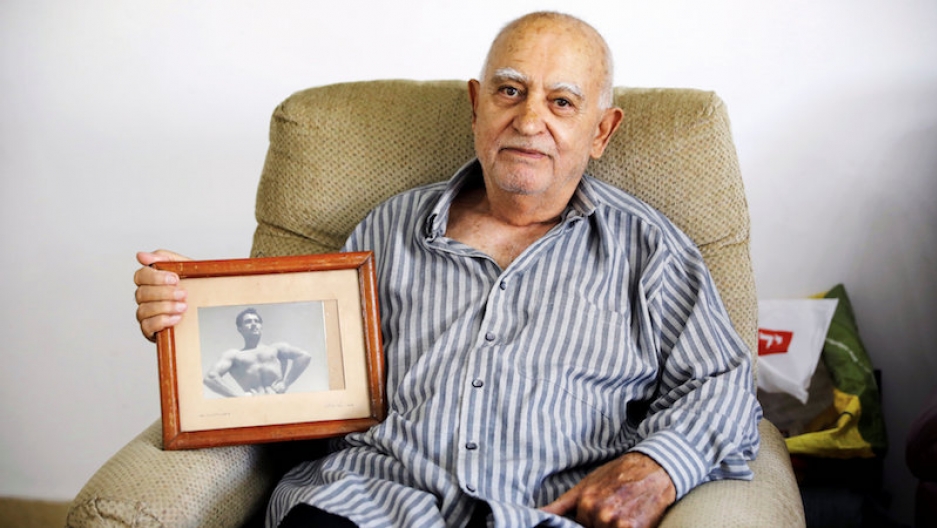 Behind the high concrete walls of Baghdad’s Jewish cemetery, Violette Saul lies at rest under a weathered and cracked tombstone, one of the last memorials to an ancient community that is now all but extinct.

The Iraqi nurse was buried a decade ago alongside thousands of others in the sands of a country where her community thrived for more than 2,500 years.

Drive west to the shores of the Mediterranean — just a day’s journey geographically but a world away politically — and there is a lament inscribed at the entrance to the Babylonian Jewry Heritage Center in Israel — “The Jewish community in Iraq is no more."

It is no accident that such a somber epitaph to Iraq’s Jews should be found in Israel, where tens of thousands of them fled after 1948 amid the violent spasms that accompanied the birth of that state.

That transplanting of an educated, vibrant and creative community unquestionably enriched Israel, which celebrates its 70th anniversary on Wednesday.

But it also denuded Iraq of a minority that had long contributed to its political, economic and cultural identity.

In 1947, a year before Israel's birth, Iraq’s Jewish community numbered around 150,000. Now their numbers are in single figures. And they are missed.

Ziyad al-Bayati, an Iraqi Muslim who looks after the rarely visited graveyard near the East Baghdad neighborhood Sadr City, said his father used to reminisce about an Iraq in which ethnic communities lived together.

It was a time, Bayati said, that predated the turmoil around Israel's creation, the wars of later years, and the 2003 U.S.-led invasion that toppled Saddam Hussein and unleashed years of sectarian bloodshed.

"My father used to say it was the good times when people lived peacefully side by side,' said Bayati, 48. “There is no concern shown for the cemetery, (even if) the culture of people here is to respect the dead and their graves."

The chronology of Jews in Iraq stretches back some 4,000 years to the biblical patriarch Abraham of Ur, and to the Babylonian monarch Nebuchadnezzar, who sent Jews into exile there more than 2,500 years ago.

Key figures in that story are buried in the Baghdad cemetery, including Sassoon Effendi Eskell, Iraq's first finance minister.

The creation of Israel in 1948 and its successive defeats of Arab armies caused further bursts of popular anger and violence against Jews, an episode of history that is written in graves at the cemetery, where five Iraqi Jews accused of spying for Israel now lie side by side.

Between 1950 and 1952 about 125,000 Iraqi Jews were airlifted to Israel. Each came with one suitcase, and all had to give up their Iraqi citizenship.

For one of them, Aharon Ben Hur, memories of Iraq are bitter. Now 84 and the owner of two falafel restaurants in Tel Aviv, he recalled the 1941 Farhud pogrom that killed more than 180 Jews during the Jewish festival of Shavuot. His father and younger brother were among them.

"They were thrown from the second floor. My father died ten days later and the boy almost immediately. He held him in his hands, and they threw them down 100 stairs. I was saved," Ben Hur said.

“We kept our tradition, the holidays, the synagogue,” he told Reuters during the build-up to Israel's Independence Day. “But it’s not the joy you feel here during a holiday, walking down the street where most people are Jewish.”

Levy is among perhaps 600,000 Israelis, out of a population of some 8.8 million, who can claim a measure of Iraqi ancestry, according to the heritage center in the town of Or Yehuda near Tel Aviv.

Inside a building built in the style of a traditional two-story Jewish home in Baghdad, there are displays of religious and cultural artifacts of Jewish life in Iraq through the centuries. Visitors walk through the reconstructed crooked alleys of Baghdad's Jewish quarter and view a scaled-down replica of the city's Great Synagogue.

Exhibits at the museum depict a hard landing for the Iraqi immigrants in the early years of Israel, where Ashkenazim, or Jews of European descent, were the ruling elite and Sephardim, Jews with roots in the Middle East, faced prejudice.

One photo shows Iraqi newcomers being sprayed with DDT pesticide. A tent has been erected on the floor, showing how the immigrants were initially housed.

But it also records how Iraqi Jews have gone on to become generals in the Israeli military, cabinet ministers, legislators, business executives, entertainers and celebrated writers.

Few expect ever to go back, amid the violent turmoil that still envelops Iraq, Syria, Yemen, and other countries which once had thriving Jewish communities.

Now aged 90, Zevulun Hareli joined a Jewish self-defense underground movement in Iraq, and recalls the fate of some of his fellow Zionists in 1948.

"They were children, 14 or 15. They were tortured. They were hanged. Their genitals were burned,” said Hareli, who immigrated to Israel in 1949. “Iraq said Zionism is a crime."

Some still harbor more positive sentiments. Edwin Shuker, who was born in Iraq, has made several visits to the Baghdad cemetery in recent years, sometimes bringing people who want to say Kaddish — the Jewish prayer for the dead — over the graves.

He says he is welcomed by Iraqis when he goes back, and encounters nostalgia for a time when Iraq included a “mosaic” of minorities.

“No-one is going to move back,” concedes Shuker, 62, who had to escape Iraq in 1971. “However there are many who would be very receptive to visiting their shrines and where there ancestors are buried. The Iraqi Jewish community is the most ardent Jewish community, probably anywhere, that is so attached to its birthplace, because of its history.”