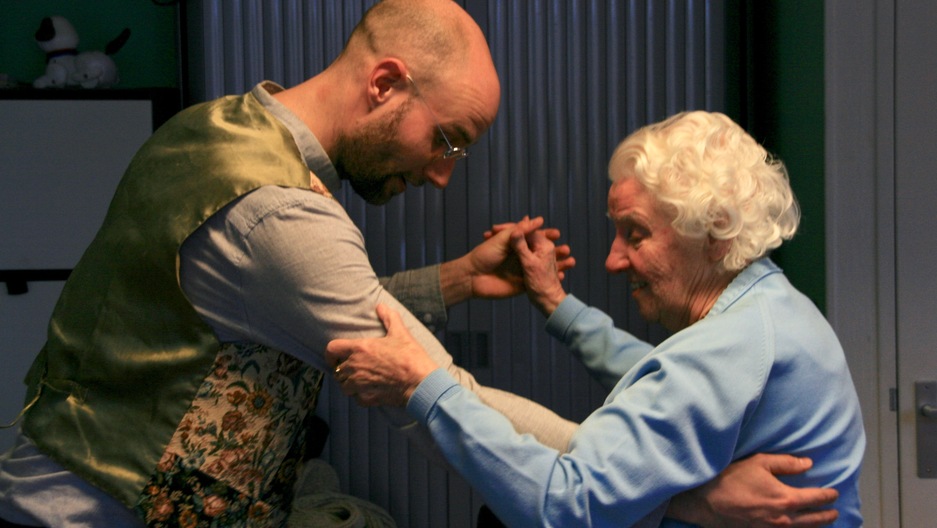 Rie van de Mueren (right) used to be a professional ballroom dancer. She's with Dieuwer Duijf at the Music Salon, which holds dance parties for the elderly in north Amsterdam.

In a small room on a quiet street in the north of Amsterdam, a handful of older women are swaying to a few well-chosen classics, from Nat King Cole to Claude Debussy.

Rie van der Mueren, 93, says she and her husband used to dance professionally and competed in major ballroom competitions. But she stopped when he died 30 years ago. This is her first time at the Music Salon, a neighborhood music and dance club for the elderly. She says she finds the dancing space a bit small compared to what she’s used to.

Van der Mueren says she often feels lonely these days, especially now that so many of her friends have died too. So she likes to do things that put her around other people, such as joining card games, riding the bus or attending events like this one.

“This is a good [way] to make friends,” she says, before adding with a laugh, “but it’s no husband.”

The Music Salon in Amsterdam tries to alleviate loneliness by bringing together local elderly residents to dance and talk about memories related to music.

The Music Salon was established last year by The Dance Palace, an organization that has been putting on much larger, more spectacular parties for elderly people for years, as part of a municipal drive to tackle loneliness.

It’s an issue that’s gained wide attention globally in recent years. In January, Britain appointed a “minister for loneliness” to help tackle the issue. Loneliness is increasingly recognized as a public health threat as well, with some researchers comparing the health impact of social isolation to smoking 15 cigarettes a day. Former US Surgeon General Vivek Murthy has called loneliness a growing health epidemic, with more than 40 percent of Americans reporting experiencing loneliness.

In the Netherlands, about 13 percent of the capital’s population is estimated to suffer from "severe loneliness" — and city officials are taking the subject seriously. Conscious that plenty of people were already working on the issue, they brought dozens of them together in 2017 to research the most effective methods and provide funding for new experiments — such as the Music Salon.

“Music opens up people,” explains Dieuwer Duijf, the Music Salon's project director, as he takes a break from waltzing with one of the attendees. “Everybody has memories of certain music, certain times and to share that with each other, that brings people together.”

There’s also a physical aspect to it, he says. “Getting people together on the dance floor, someone once called it legitimized knuffelen, or hugging,” Duijf says, “because you're getting really close.”

The Music Salon has received a lot of positive reviews from participants — enough for the organizers to expand it to three other neighborhoods in Amsterdam and a fourth in Rotterdam. They’ve also set up another program that sends volunteers into people’s homes to play records and chat one-on-one.

But these kinds of events don’t reach everyone suffering from loneliness, particularly those who don’t have the confidence or perhaps the physical ability to leave the house and seek company. That’s where projects like Radio Steunkous come in. 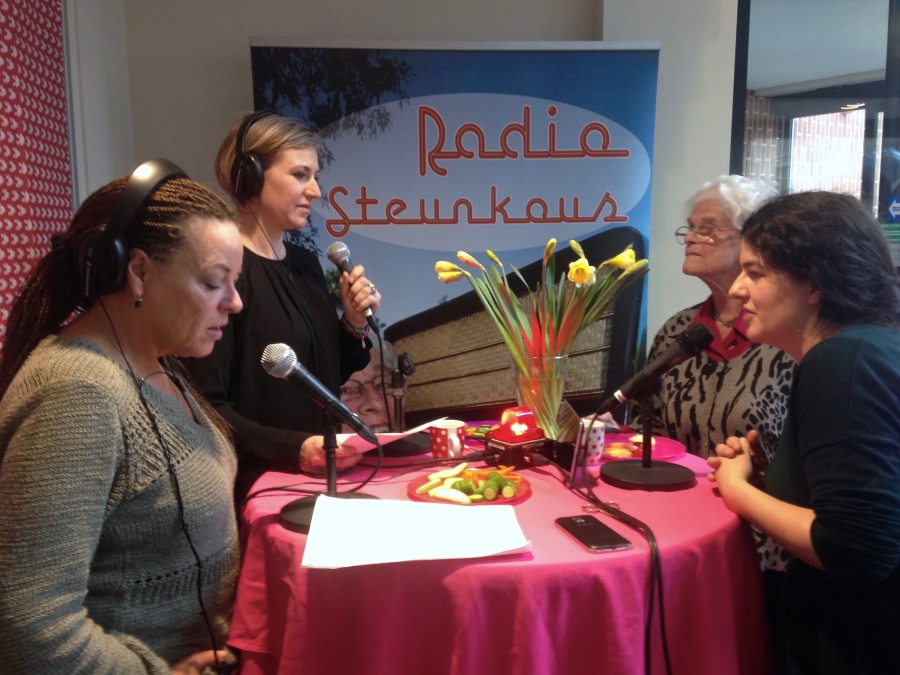 On a rainy Tuesday morning, several people are buzzing around the atrium of a clinic in east Amsterdam, setting up for a special edition of their weekly radio show. Run by Buurtzorg, a Dutch community nursing agency, Radio Steunkous (which translates as “support socks radio”) airs for one hour a week and covers everything from gardening to emotional wellbeing.

“It’s an opportunity for people who are more or less housebound to have a connection with the world outside,” explains Elly Lakerveld, a nurse and radio producer. “Many of our clients are elderly people or disabled people ... so they tend to listen to the radio quite a lot. We have a few people we know who sit in front of the radio every Tuesday afternoon with coffee and cake and turn it on.”

Set up five years ago, Radio Steunkous was the brainchild of Lakerveld’s colleague, Marjolijn Onvlee. When the municipality launched its anti-loneliness initiative, Onvlee says she knew instantly that the show’s team should be part of it.

She came up with the idea of a new segment called “Not Alone with a Microphone,” which involves listeners who suffer from loneliness getting to play radio journalists for a day.

“They go out and talk to other people who are lonely,” explains Onvlee, who calls herself an audio nurse. “They can explain how it is to be lonely and what they think can help to change their situation.”

One elderly woman wanted to highlight that it’s not just older people who get lonely. She had the idea to go into a school to interview students about loneliness.

“It was such a wonderful talk,” Onvlee says. “And the youth also said, ‘We never talked in this way about loneliness before, and it’s so nice to talk to someone who is older and has these other experiences.’”

Of course, Radio Steunkous and the Music Salon are both small initiatives with a limited reach. But at least anecdotally, they seem to be having some results. Amsterdam commissioned a municipal report that recommended further research and assessment, but for now, this highly localized approach is the closest thing the city has to an answer for loneliness.