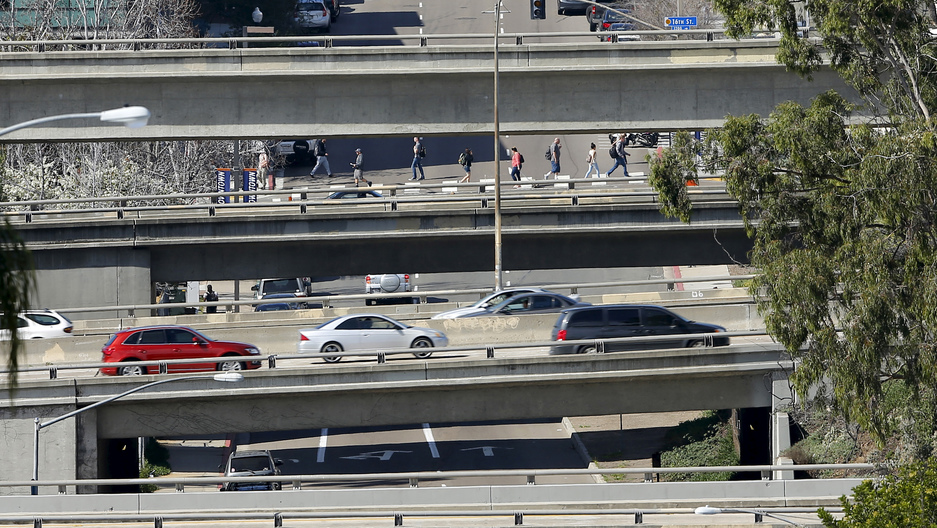 EPA Administrator Scott Pruitt recently announced that the agency will start the process of scrapping Obama-era auto emissions standards negotiated with the automakers, a move that, if completed, would double allowable vehicle pollution in 2025, compared to existing rules.

A number of state attorneys general and at least 50 mayors have criticized Administrator Pruitt’s plan or threatened legal action. Among those most concerned are Californians, as Pruitt also wants to rescind a federal waiver that allows the Golden State to impose tougher vehicle pollution standards than the federal government.

Dan Becker, director of the Safe Climate Campaign and a vocal opponent of weakening the vehicle rules, says the fuel economy and emission standards that President Donald Trump wants to roll back are “the biggest single step any nation has ever taken to cut global warming pollution and save oil.”

“The [Obama standards] would save 12 billion barrels of oil and six million tons of CO2 over their lifetime, so those savings represent the largest chunk of emissions reductions that any country offered up at the Paris Climate Agreement,” Becker explains. “No other country is going to come close and if we don't come close either, it's pretty likely the Paris Agreement will fail.”

One of the reasons Pruitt offers for ditching the standards is that gasoline prices are low right now. But, “even at these lower gas prices, the [Obama] standards will still save the average consumer $6,000 dollars at the pump over the life of the vehicle, and that's net of the technology that saves the gas,” Becker counters. “If you add it all up across the country, it's a trillion dollars in savings over the life of this program.”

Becker sees Pruitt’s decision as a gift to the big oil companies, since money not saved at the pump by consumers ends up “enriching the Exxons of the world and the countries from which Exxon gets its oil.”

Analysts are trying to puzzle out why many of the automobile companies that so painstakingly negotiated the original deal with former President Barack Obama have now decided to rally around its demise.

“They not only negotiated it and stood with him at a press event to applaud it, they also signed letters of commitment saying that they would not challenge these standards unless certain things happened — and those things didn't happen,” Becker notes.

What’s more, exports of US cars could also take a major hit if fuel economy standards are lowered. American manufacturers want to make big inroads in China and “the Chinese generally don't want gas-guzzlers,” Becker says. In fact, last year the Chinese government established a requirement that by 2025, 20 percent of vehicles sold in China must be electric vehicles, Becker points out.

The California waiver Pruitt wants to end was a provision in the Clean Air Act of 1970. It recognized that California had worse air pollution than the rest of the country and had already taken preliminary steps to address it that were stronger than the provisions in the new federal law. The provision allowed other states to adopt California’s tougher rules, as long as they got a waiver from EPA. Thirteen states and the District of Columbia currently follow California’s rules.

“The challenge now is whether the states buckle, which I don't think they will, and agree to roll their standards back to whatever level Trump sets, or whether the Trump administration allows the states to continue to enforce the existing standards, as they had agreed,” Becker says. “If that happens, then the auto companies have to decide whether to make all clean cars or send the clean cars to the states that require cleaner cars and send the dirty cars to Oklahoma and the other states in between.”

A third alternative is that the states choose to stick with the Obama-era rules and the Trump administration tells them they can’t. This scenario will trigger a court battle that Becker believes does not favor Pruitt and the president.

“The Trump administration could try to revoke the waiver, but there's no provision in the Clean Air Act that allows them to do that, and there's no precedent for ever having tried it before,” Becker says. “So, the likelihood that they would win in court is not great.”

Editor's note: A previous version of this story included a headline that some readers responded to as misleading. We've updated the headline to add more clarity.