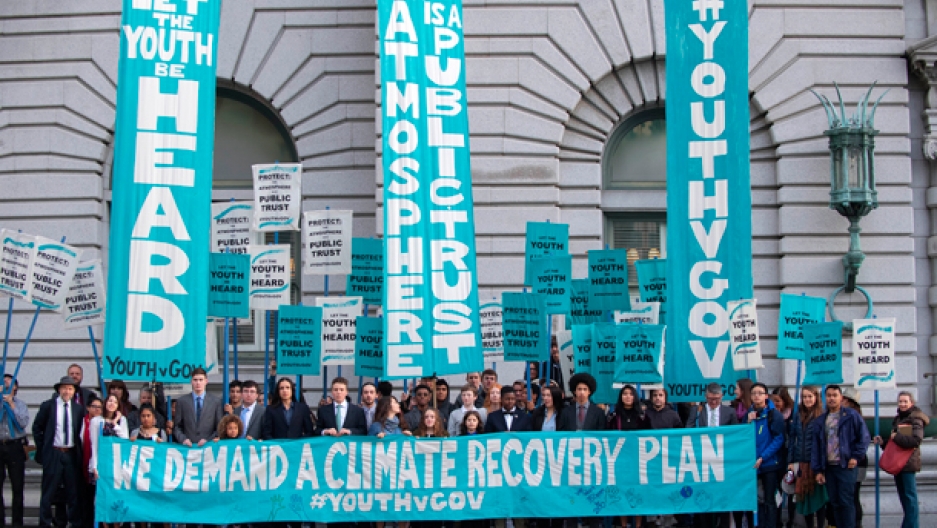 A three-judge panel of the 9th Circuit Court of Appeals in California ruled on March 7 that the Trump administration's motion to dismiss a groundbreaking climate lawsuit was premature. The case was brought by a group of 21 young people who allege the government knowingly let carbon dioxide destabilize the climate, denying them the right to live in a habitable environment.

Specifically, the judges denied the federal government’s petition for a writ of mandamus, or an order from a court to an inferior government official or court ordering it to fulfill a specific duty. In this case, the government had asked an Oregon district court to dismiss the case and sought mandamus relief from the appeals court when the district court judge denied the motion. The defendants argued that “allowing the case to proceed will result in burdensome discovery obligations on the federal government that will threaten the separation of powers.”

In its decision, the 9th Circuit noted that mandamus is an extraordinary remedy available only in “exceptional circumstances.” The panel made their judgment based on five factors for mandamus that it said the government failed to meet.

“She submitted a detailed letter, which was kind of unusual, to the 9th Circuit, explaining just how she planned to manage the case and indicating she understood the novel nature of the case and the sweeping nature of the relief that the plaintiffs were seeking, and that there was a long way to go before any final rulings were going to be made,” Parenteau says of Aiken. “So, I think the 9th Circuit has confidence that this particular judge is…in control of the case.”

The litigation is the first of its kind and is unusually sweeping in scope. The defendants include the the office of the US president and eight government departments. A portion of the complaint reads: "Defendants have failed to preserve a habitable climate system for present and future generations, and instead have created dangerous levels of atmospheric CO2 concentrations. The affirmative aggregate acts and omissions of Defendants, jointly and severally, have violated and continue to violate Plaintiffs’ fundamental constitutional rights to freedom from deprivation of life, liberty, and property; Plaintiffs’ constitutional rights to equal protection; Plaintiffs’ unenumerated inherent and inalienable natural rights; and Plaintiffs’ rights as beneficiaries of the federal public trust."

The trial was originally scheduled to begin in February. It may still get underway this year, Parenteau says. “I wouldn't be surprised to see the lower court now set a strict schedule for completing the discovery process and setting this down for trial sometime in the late fall, perhaps October or November.”

A procedural process known as a pre-trial order will be important to watch, Parenteau notes. “It will indicate the shape of the trial, how long it's going to take, how many witnesses and all of that. That's going to be a very important milestone. And we should see something like that, I'm thinking, towards the end of the summer."

Parenteau believes the case will attract much attention as it moves forward, as it could have far-reaching implications.

“If the courts conclude that there is a basis in the US Constitution to argue that youth plaintiffs — and all citizens, perhaps — have a constitutional right to a safe climate or safe environment — that’s been the gold standard that environmental organizations and others have sought for a long time,” he explains. “[It would be] a formal recognition at the highest level of our legal system — our Constitution — that we all have a right to live in a world that isn't disintegrating and isn't falling apart and isn't dangerous and out of control.”