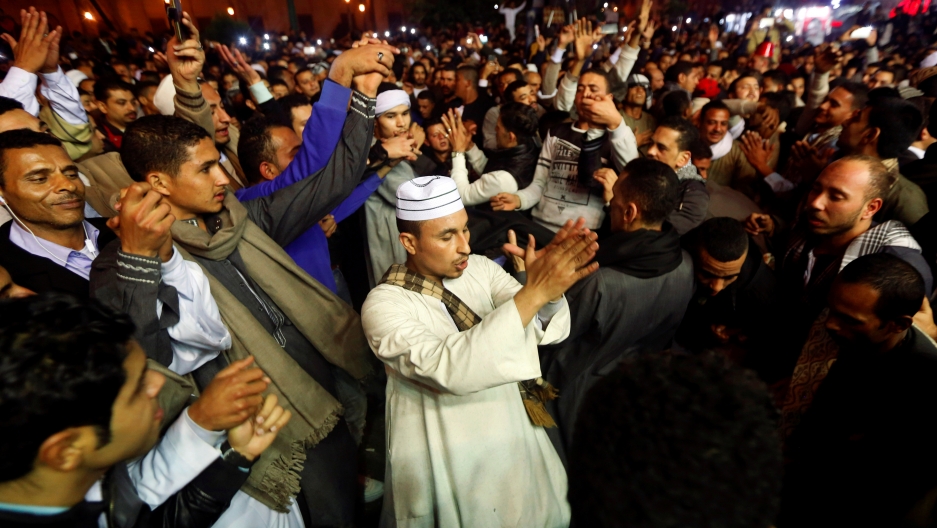 Spring in New England is a reminder to provide your own consistency and structure.

The weather hints at a new season by brushing chills over tepid weather. It’s almost impossible to keep up with a ritual let alone choose what coat to wear outside at this time. It helps to have a song or two to guide us through the lack of clarity.

In 2002, the Smithsonian put out the album "The Silk Road: A Musical Caravan." They ask, "what if Marco Polo had a tape recorder?" And so the album captures rich sounds from many countries like Turkey, Uzbekistan, Azerbaijan and more.

One recording from Xinjiang, China is of the Sufi ceremony of Zikr. Translated, Zikr means remembrance. Sufi Muslims believe that Zikr gives glory to Allah and brings them closer to heaven. Zikr may help to relieve stress or compliment one’s success.

It’s a simple recitation in between rhythmic breathing that is contained, patterned and trudges along. It's a devotion created by several exertions from the body.

This particular recording is performed by the Naqshbandi Afaqi Brotherhood. And it’s just a short excerpt of a two-hour recitation.

This structure and this ritual remind me of the song "Conselho do Bom Senso" by Tuyo.

The two share an organization of rhythm that puts stress on stanzas and attempts to push past margins. "Consehlo do Bom Senso" is punctuated by breaths and wrapped by a slap. In each exasperation of lyrics, whispers hush over the percussion.

Persistence comes across simple and fine cut. Much like Zikr, pacing comes in and offers feelings of tranquility and relief.

It’s hard to tell when spring will actually show. Outside the window, tinted azure skies and chirping birds make 20 degrees Fahrenheit look toasty. As the tension for warm weather builds, there are songs confined to their ritual rhythms that provide strength and pockets of relief.

In this A-side B-side, two songs — one led by devotion — leaves a desire for songs that attempt to breathe similar freshness and lucidity onto the crisp edges of winter.