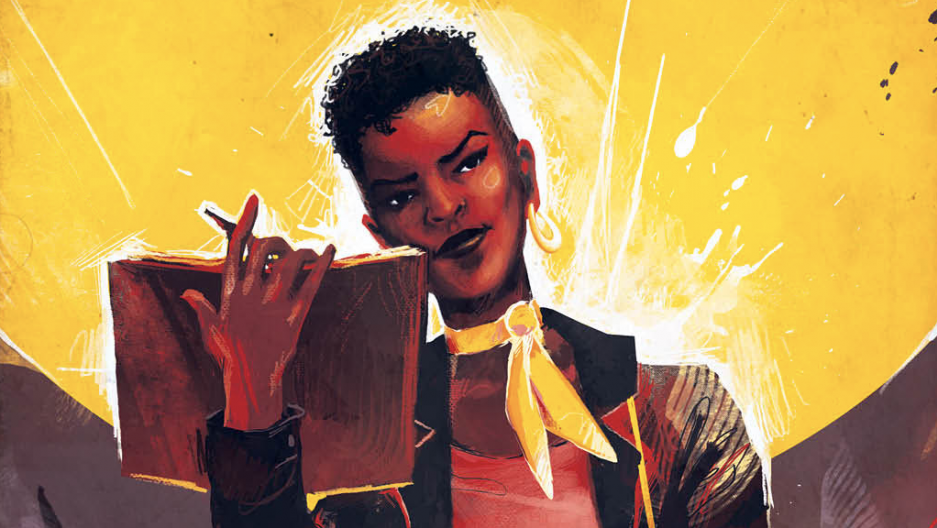 Dearborn, Michigan is a city thriving with Arab culture. For decades, thousands of immigrants from the Middle East have settled there, creating what some call the “Arab Capital of North America.” Restaurants, markets, coffee shops and hookah bars dot the city’s landscape, where people from Syria, Lebanon, the Palestinian territories, Yemen and Iraq live. And in the distance, five times per day, you can hear a call to prayer at the Islamic Center of America, one of the largest mosques in the United States.

It’s there, in Dearborn, where author Saladin Ahmed grew up and learned to love words.

“I was raised very much with a sense of my ethnic identity, my heritage, seeing shop signs in Arabic and hearing people speak Arabic on the street and smell of the food,” Ahmed says. “My great-grandmother was a big figure in the community. She would read to me from the Quran, she would read to me from the Arabian Nights. I had all of that feeding into me at the same time. All this kind of stuff was combining in my head, I think, and then slowly stewing together. It was inevitable that the things I write have all of that DNA in it.”

In 2012, Ahmed wrote a fantasy book called “Throne of The Crescent Moon,” where his love of the fantasy genre and the love of his culture meshed. Popular fantasy novels like “Lord of the Rings” and “Game of Thrones” take place in a faux medieval European settings. Ahmed placed his characters in a fictional Middle Eastern setting — creating fantasy folk tales of characters wearing turbans and wielding swords during the Islamic Golden Age mixed with medieval Baghdad.

The book, an ode to Arab folklore and published by DAW Books, was nominated for the 2013 Hugo Award for Best Novel and won the Locus Award for Best First Novel. After the success of “Throne of The Crescent Moon,” Ahmed says that Marvel reached out to him about rebooting its 1960s character Black Bolt into his own series.

Blair Davis is a professor of media studies at DePaul University in Chicago who follows the comic industry closely. “It's not common to have anyone who is a non-white male writing comics,” he says. “It’s only in the the past few years that we've gotten very much diversity at all.”

Writers like Ahmed, along with Geoff Johns who writes “Green Lantern” for DC Comics and Sana Amanat who helped create Kamala Khan, a Pakistani American superhero for Marvel’s “American” comic books, have become part of a small group of Arab writers authoring comics for major publishers.

In 2014, the novel “An Unnecessary Woman” by Rabih Alameddine was nominated for a National Book Critics Circle Award. “The Moor's Account” by Laila Lalami was nominated for a Pulitzer Prize for fiction in 2015, and Randa Jarrar’s collection of stories “Him, Me, Muhammad Ali” won an American Book Award in 2017.

“There's a long history of Arab American literature that has enjoyed tremendous success,” says Matthew Jabler Stiffler, a researcher at the Arab American National Museum in Dearborn and lecturer at the University of Michigan. “But Ahmed is unique because he’s crossed over. He’s written both in literature and fantasy, but also across genres in comic books and graphic novels. That kind of publishing tends to have a much wider audience.”

“In addition to his writing, he built a very big public presence on Twitter and social media as an outspoken voice for civil rights and against oppression and on behalf of his Arab and Muslim identity,” Stiffler says. “So I think it's not just that he as a writer has found mainstream success. It's that he's also been unapologetically Arab and Muslim the entire time.”

Stiffler’s work at the museum is to highlight Arab Americans who have made or are making an impact in American culture, whether through politics, science, Hollywood or the creative arts.

“This is just another example of how Arab Americans over the last 100-plus years have been able to build a name for themselves in spite of a barrage of media stereotyping or government actions against them and their community,” Stiffler says. 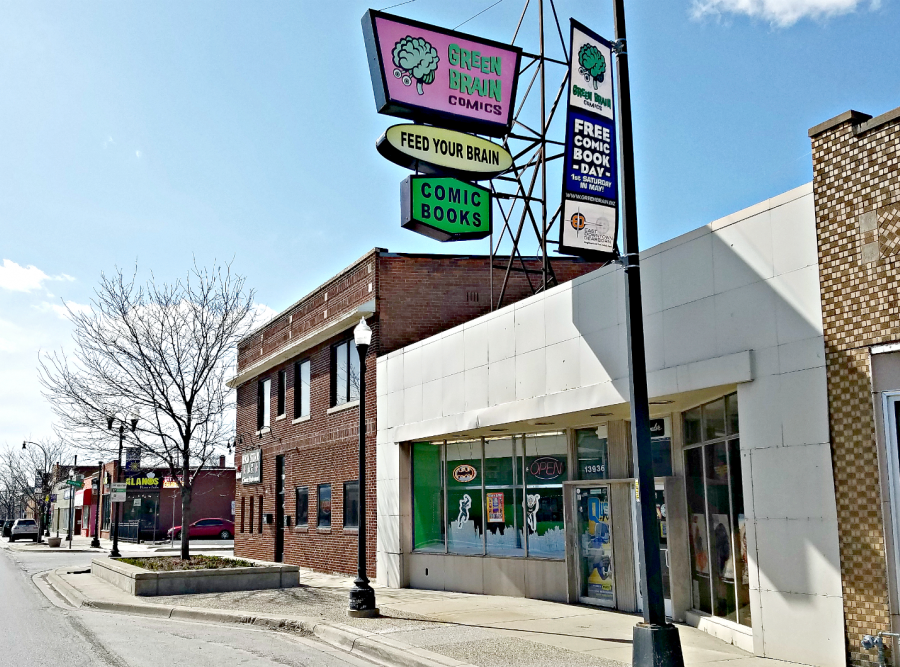 Green Brain Comics is an independent bookstore in Dearborn, Michigan. New issues of “Abbott” arrive monthly. Issue #4 will be out April 25, 2018.

A few blocks from the museum is Green Brain Comics, a independent bookstore that carries “Black Bolt” and Ahmed’s latest comic series, “Abbott,” which he authored with Finnish artist Sami Kivelä.

Wednesday is when new issues arrive at Green Brain. The store is big, well-stocked and carries any comic you could possibly imagine. Cornelius Harris stands in front of the bookshelf that carries comics written by Ahmed. Harris, who manages a Detroit record label, says he loves the fact that Abbott is black.

“As an African American man, I really appreciate seeing other people of color depicted in comics. Just to know that there is some diversity reflected in the fiction that I read,” says Harris. “With a comic, there is no limit. The whole universe is your canvas. So when a writer's got that to work with, it doesn't really take much, you would think, to show some diversity within that. If you can have aliens from all over the universe, why can't you have different color people from Earth?”

The main character, Helena Abbott, is a badass, black female journalist in 1970s Detroit who wears hoop earrings and bell bottoms. The character deals with issues around racism at work as well as political unrest in the streets. She’s investigating a string of gruesome crimes ignored by local police, all while knowing there are darker forces at play.

“She's haunted, though, by the fact that several years before our story begins, she watched her husband die, murdered by shadowy monsters,” Ahmed says. “Nobody believes her, of course, but the bodies start turning up that remind her of what happened to him, and she has to do something about it.”

The third issue of “Abbott” was released on Friday, March 30, 2018. Main character Helena Abbott is a journalist who is battling racism and the police in 1970s Detroit, Michigan.

“‘Abbott’ is my tribute to a diva cult detective,” Ahmed says. “Those kinds of characters are almost always white guys.”

The global success of the Marvel superhero movie “Black Panther” has shown that diverse writers and diverse stories make money — a lot of money. The film, which has a majority black cast, has grossed over $1 billion in global sales since it opened in February.

“I hope that it means more of an investment in writers of color and characters of color. I mean, it's where the country is going, that's inevitably where the comic business is headed,” Ahmed says. "I think there's also going to be resistance, but we have to keep pushing."

Next: How likely are you to be the victim of a hate crime?