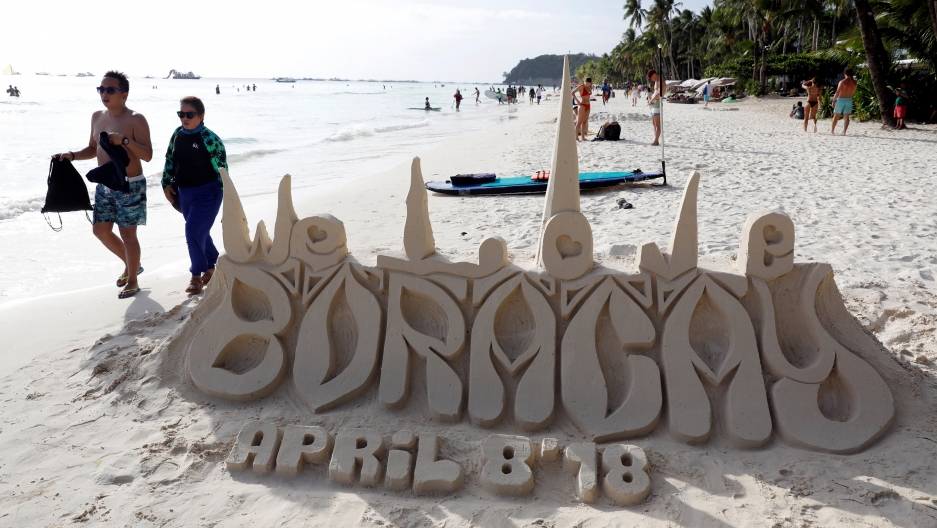 Tourists walk near a sand sculpture along the beach of Boracay in Philippines on April 8, 2018. President Rodrigo Duterte has described the island as a "cesspool" and has declared the island will close on April 26 for six months.

Along the shores of Philippines' top holiday island, Boracay, businesses like massage parlors, souvenir stalls, tattoo shops and boat rentals are still thriving while tourists bask in the sun on the powdery white sand, but not for long.

Workers in Boracay, the Philippines' most popular tourist spot, appealed for aid on Sunday before the holiday island's impending closure.

Nearly 200 Boracay businesses were found to be discharging untreated wastewater into the sea, resulting in increased concentration of human feces along the beaches and posing health risks to swimmers. 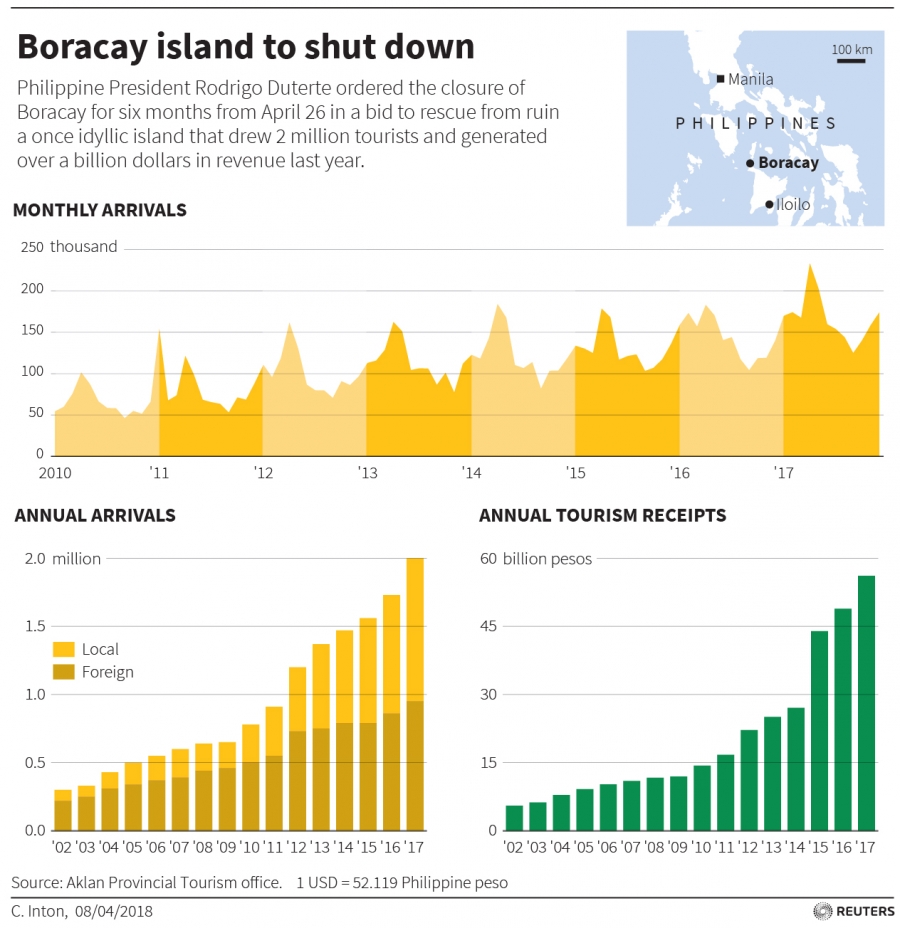 The central Philippines island's informal workers — masseuses, tattoo artists, sand sculptors and boat rental owners — said they will lose their primary source of living and sought support from the government.

"I hope there is at least some help to keep us fed daily because we have nowhere to go," Joralyn delos Reyes, a hair stylist, said while braiding a tourist's hair. "We can no longer farm or fish because of the hotels and foreigners living in our land."

The government has prepared 2 billion pesos ($38.4 million) for a "calamity fund" to workers in Boracay.

"Even if they give us money, can they give us jobs when Boracay closes? That's our biggest problem," said Yolanda Casidsid, a masseuse for 20 years. 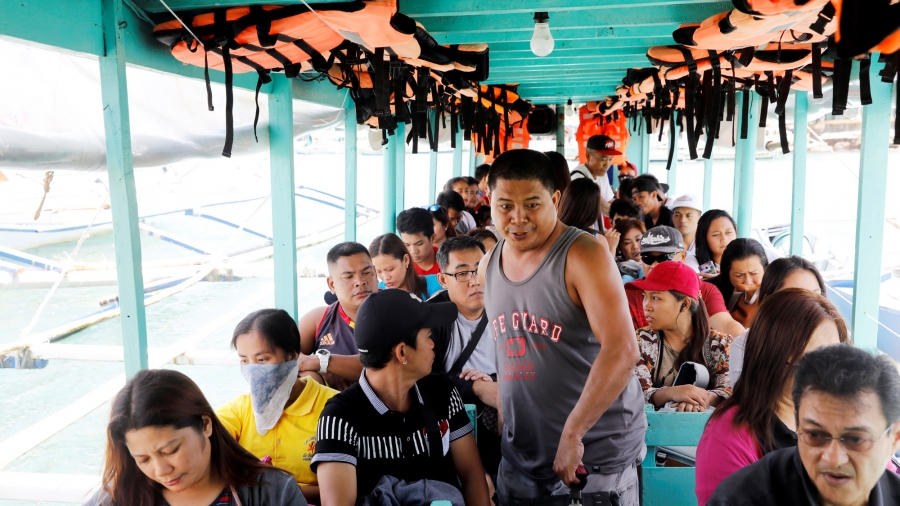 Tourists take a ride on a motorboat to Boracay from Caticlan jetty port, in the Philippines. Many will be left without jobs when Boracay closes later this month.

But for Neo Colubio, a boat rental manager, closing Boracay will help preserve the tourist spot, allowing locals to profit in the long term.

The holiday island, which generated over $1 billion last year from a record two million tourists, employs around 30,000 workers.