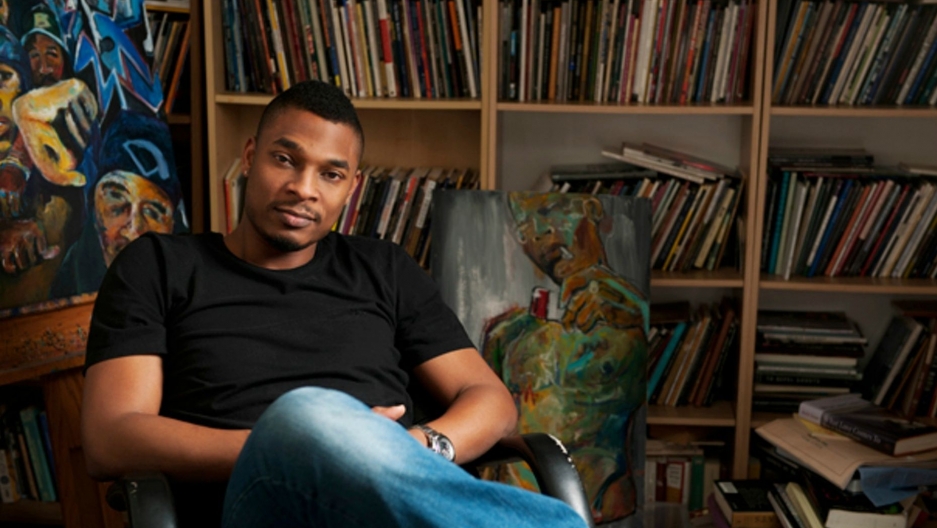 Terrance Hayes might be the only person ever to win a MacArthur “genius grant,” a National Book Award and to be named one of People magazine’s “Sexiest Men Alive.” By any standards, that’s a lot. But in the poetry world, it’s even more impressive.

“Art is not the kind of thing where you get what you put into it all the time,” he tells Kurt Andersen. “So I learned to not expect anything, other than the sort of joy of having a poem in front of me.”

Hayes released his book of poetry, “How to Be Drawn,” in 2015. And like Hayes himself, his poems work on many levels. His poems reference pop culture with surprising agility, showcasing his ability to draw inspiration from any source, anywhere. Sylvia Plath, Ralph Ellison, Marcus Garvey and Billie Holiday have all received nods in Hayes’ poetry.

His poem, “How to Draw an Invisible Man,” plays with Ralph Ellison’s take on black invisibility in the eyes of white society.

“The thing that I’ve decided is that, I don’t want to be invisible, but I’d like to be transparent. I want people to see what I’m thinking, and see through me,” he says. “I’m about 6-foot-6. You know, I don’t have trouble walking into a room. I would prefer to be more invisible, in fact, than I am.”

Hayes’ newest book “American Sonnets for My Past and Future Assassin,” will be out in June.